Will omen get the "real boy" treatment?

Since IG did a great job with shadow Jago, I was wondering if he could get his status of bonus character elevated to full character. What do you guys think.

I know right, he’s a really good character but when compared to the others there’s almost no reason to level him up past 30 unless you finish what you started.

I freaking wish! He is a real boy…he actually has more than Shago…all Shago has is 3 more colors.

I mean all we are asking for here is 1 ultra pack accessory, 3 more colors and 3 colored accessories right?

Thats all he is missing compared to other charcters

You’re right but still he’s missing:
-His own stage (technically he and shagso are one in the same but still.)
-an ultra pack accessory+ the rest of them
-colors 7-9
-a retro costume
Gameplay wise he’s great and his voice is ■■■■■■■ awesome

Omen? Yes he is my favorite character and my main. ANd your right…I missed mentioning the RETRO skin! Good catch!

I really wish they would add both Shago and Omen to the Story mode as well!

Shadow Jago is still not 100% equal to everyone else.

Doubtful that Omen gets the full treatment. But maybe as Season 3 comes along they will add some stuff to these characters. It’s pretty much bells and whistles at this point.

Firstly, I don’t think Omen need to have this transformation, he’s already a character that was playable and not a special hidden boss like Shadow Jago. That being said,
I think its a good idea, maybe go down in the same vein as Shadow Jago’s. By which I mean after S3 with a community fund. While not necessary, I think the community fund would be the only way they would turn him into a “real boy”. I’d just settle for more colors and accessories. Oh and Retro skin even though I’m not sure what that could be.

Nope. Omen will be left the way he is. I would be shocked if he became more than what he is.

There isn’t a big clamor for more Omen stuff, so I don’t see this happening. But with the exception of his own stage and the retro skin it doesn’t seem like any of it would be all that hard. Certainly adding a few more colors should be pretty easy…

There isn’t a big clamor for more Omen stuff, so I don’t see this happening

You probably are correct, but this is where I hope that internally MS/IG looks at it from the perspective of getting all characters up to the same level and standard.

I hope he doesn’t @oTigerSpirit

We dont really want a bonus square do we? i mean Omen is great but id love to see him be polished.

it actually wouldn’t take too much.

YES! lets do this! id totally kick start this.

Not to seem contrary, but you really think Omen needs more VFX? He’s got shadows and trails and bits flying all over the place…

Scenario he need it - a shadow KanRa scenario, with a big portal, sucking things, bricks and stuffs. Not a big job to make it real and making this way, it will be keeping the “bonus character” feeling

EDIT one: Btw, it’s funny to see, the bonus characters, which should be just bonus, just a liking, characters without much care or evolution, become the most loved and preferred by players, than normal characters LOL
IG, keep up the good work!

Yeah. For me it lacks depths.

Id like to see him have more stutters in animation too. Ike he was moving between times or realms.

For me his form is too solid. It needs to fade or buckle in places like we shouldn’t be able to see a clear outline. Im not talking allot just so the edges bend in and out on him giving him more of a entertie feel rather than a sparkly man lol.

Also the old dimming on fire balls te technique should be used when he flys so it feels he blocks out the sun.

If anything they could change the color of his shadow skeleton/veins to match his colors, for example his red color the veins could be orange and his rashakukens could match his colors as well kind of like cinders fire ball projectiles. 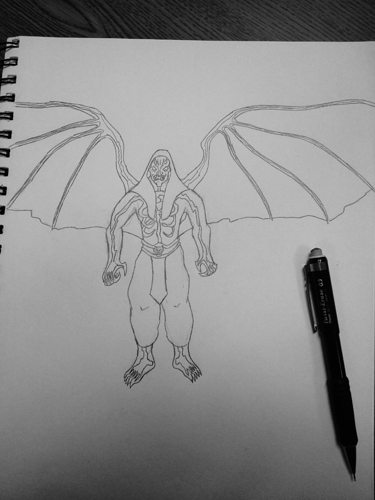 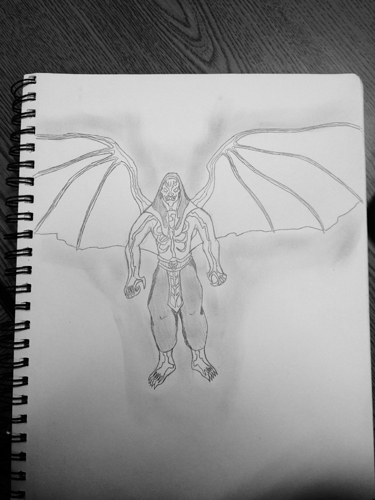 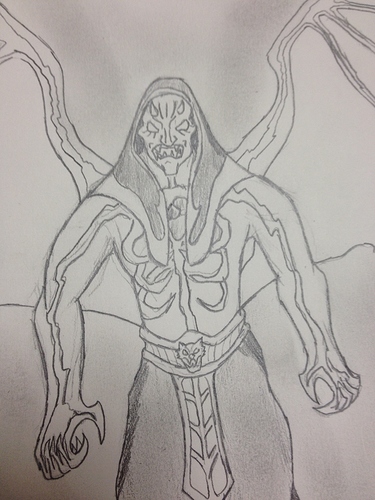