Will Jago ever be great again?

The thing is that his health gain coupled well enough with S1 mechanics.

True, s2 Jago got more health gain, but during s1, meter was even more easy to get, one chancers into shadow ender was the optimal strategy, and shadow windkick was the bane of existence

Agree to disagree. Jago hits hard enough that he’s never needed meter to maul you, and the lifeswing for fireball combos was very high in S2 and most of S3. What he chose to dump meter on was for a very long time mostly academic - he could get significant health gain and end you, and there wasn’t much of a meaningful tradeoff involved. I’d rather just cap his life gain altogether, and remove his ability to just lock you down with fireball pressure while in instinct (not suggesting it be changed at this point, just stating my preference).

@Fnrslvr, I’ve found Jago mid-range pressure in 3.7 to still be quite potent. The fact that he can’t just wind kick in at will has slowed down the pace of his approach, but to be honest I’ve eaten a ton more medium wind kicks after the patch than I ever did before. He has to actually place the move now, but in my experience at least, that has made it more dangerous.

There’s something of a game-theoretic fallacy in there: the idea that an option won’t appear as much upon being made riskier, leading to opponents disrespecting the option totally, resulting in them actually getting hit by it more and the option being stronger overall.

It’s actually pretty easy to prove that lowering the payoff for an outcome on a given strategy in a zero-sum game can’t raise the expected payoff of said strategy, unless the opponent has decided to switch from their previously optimal habits to suboptimal habits. At the very least, sticking to your tendencies from before when wind kick was safe can’t lower your performance. More likely than not, making wind kick riskier makes available strategies which make you strictly more likely to win than before, since wind kick was such a pivotal move.

What’s more likely is that either

It’s not possible for worse wind kick to raise the equilibrium, to where you’re faring worse at the midscreen or seeing wind kick more often in proficient play. It’s an argument that you see a lot of after a prominent nerf, but frankly it’s a trivially incorrect and bad argument and a kind of misinformation that people should stop spreading.

EDIT: I should mention (although I did in my previous post), that it’s not just about frequency of wind kick attempts and/or hits. (Though that part is important.) It’s also about how frequently Jago can, under cover of wind kick threat, walk or dash forward into a range where his buttons come online. There’s a trickle-down here, where less wind kick threat means less forward movement – an effect which seems to be more-or-less what IG wanted, based on their comments. How often are you letting Jago advance and put a button on you now?

Jago is still great. Even if it means you have to learn a workaround to getting in safely.

How often are you letting Jago advance and put a button on you now?

Basically never, which is why I eat more wind kicks now

But to be honest, I think you are overstating the mind game involved with safe medium wind kick to some extent, similar to the discussion that was going on about whether or not cold shoulder is “really” punishable. While I think the threat of safe and unreactable midrange specials is an interesting dynamic, I don’t think a lot of the nuance you ascribe in the case of med windkick was all that felt in practice. There was no “will he or won’t he” cloud of doubt to mull over, because 95% of the time he would. What could have been an interesting midrange question to ask the player mostly didn’t manifest at all, because the windkick was all but guaranteed. Jago players didn’t want to lord their midscreen dominance over you in neutral - they wanted to be right next to you and force you to answer the “will he DP or won’t he” question. Maybe that’s a demonstratively suboptimal tactic per the “model” game, but that’s how the dynamic has actually worked in my thousand plus hours of playing the game.

I guess it’s a big let down for Jago players who just spam fireballs from the other side of the stage. Heaven forbid someone would actually have to engage their opponent 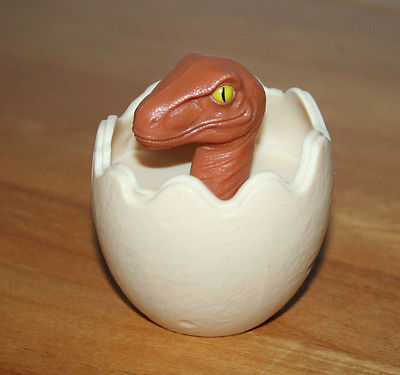 The medium windkick change isn’t one I would have made, but I also wouldn’t have tried playing the character without that happening, so shrug

Based on the little time I’ve spent playing him he seems fine? His up close game is still very strong and fireballs work fine as a threat outside of the range of his normals which allows him to walk into the space he likes more. Medium windkick still works as a higher risk, higher reward version of that and in some matchups is still safe. Another plus is that nerfing medium wind kick made his instinct have a more significant impact on what he can actually do. I still don’t like the healing part of his instinct though…I would rather it do something else entirely and let jago have his fireball/shadow fireball damage back. But whatevs, it’s a game with 28 characters, not all of them have to 100% appeal to me.

he still great im not good jago player but i think he still amazing, i have fun with him all the time

Weird thigns is that they tried making Kim Wu be more front and centre in the shadow lords tutorial. Honestly Jago and Fulgore are the reps but in realtiy it’s Fulgore and Hisako.