Why We Love Killer Instinct

Saw this video on my YouTube feed and I figured this called for a great opportunity to come together and rejoice about your first memories with KI, personal impact and your overall journey.

You don’t have to follow these, but just describe why you love/like/hate KI.

First Memories
My very first memory of Killer Instinct was when I was a wee boy. I remember watching my brothers play the original Killer Instinct on the SNES. My middle brother was incredibly good at it, he would spend so much time during the summers when we stayed at our grandparents house just learning these unique mechanics. He was only two years older than me so as a kid, he was figuring out things without understanding why they worked. He fought hard to make it to Eyedol as Spinal where I would just watch him lose and lose until he would finally magically attain victory! This was perhaps my first feeling of being hyped.

I could never much get into the game because I didn’t understand and I just lost because I was simply awful. I also preferred Dark Rift and other single-player games. Though when me and my brother played, it was fun having a mirror match with Spinal and on rare occasions playing his Spinal with my Jago. Nonetheless, I enjoyed watching my brother play this MK clone, lol.

Personal Impact
The first time I noticed KI to a point where I wanted to play was when it was announced at E3, I was super excited because it was a game from my childhood making this huge comeback. I was already tired of MK9 and SF, so I was looking for another fighting game to casually play. I immediately ran to my brother and told him, to my surprise, he was fairly unimpressed. It was kind of a hit to the gut because I really wanted him to pick it up and relive our childhood together. He never did.

Though, my oldest brother, who was the owner of the SNES and on occasion would play the Original Killer Instinct with Sabrewulf made his approach to the new installment. He purchased an Xbox on day one and picked up KI. I would see him playing it day in and day out almost like an addiction. I often mocked him for playing so much, not knowing my fate when I would eventually come to play it myself. As much as I wanted it, I knew the Xbox on launch would pose problems similar to how most consoles had hardware issues at launch. Moreover, I despised the direction Xbox was heading in. A year later, the main issues were addressed and I gladly purchased an Xbox with Assassins Creed Unity bundled (more like a pile of poo bundled with an Xbox).

I played KI at the launch of Season 2 so much, that I finally understood why my brother was hooked. I was strictly casual and enjoyed the music, atmosphere and characters. Jago was immediately my main as his similarity to Ryu rang best with me. I did play Spinal for nostalgia sake and will often go back to him even now. Once I decided to take the game seriously, I completed the dojo, played one last match of single-player on the second to last hardest difficulty and headed to ranked. 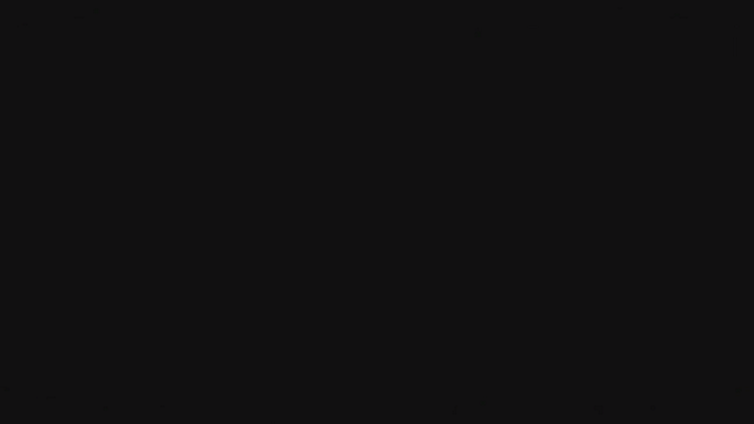 Overall Journey
Boy, I started off weak from the video above. I learned so many bad habits and forced this narrow mindset on myself which has proven to be detrimental to my overall skill-level in this game. I was apart of the forums before the overhaul, I don’t think many knew me but I went by AngryToaster and was quite a troll, sorry. Once we migrated here, I asked for help on Maya and someone who I consider my Master, @TheNinjaOstrich showed me some of the coolest and worthwhile tech. I was like, “wooooooah” I will never be good. With his training I eventually got great, at least to my own standards considering this was my first competitive take at fighting games. @STORM179 helped me restore my broken confidence and gave me the tough love to understand what I did was wrong and this is why. @Dayv0 showed me that even the greatest threats could be tamed with patience and solid reads. @ItzTymeToDul always pushed me to be at my best no matter the day because how close our matches came down. One mistake and it could easily mean the match for either of us, this cemented my understanding of minimizing my mistakes. @DarkLrdChuckles Showed me why I hate Sadira. To the many other forums I met helped me value matchups and improved my knowledge, it has been amazing.

I guess I’m “retired,” lol. I never much quit KI competitively, but I was too critical on myself for the mistakes I made all too often. Essentially, competitiveness took away the reasons I loved KI because of my mentality and anxiety barrier. Though, I very much enjoy friendly sets with friends. I enjoy the single-player and have recently given more attention to the Shadow Labs.

Overall, I love KI because the game is amazing, it is updated constantly and the characters are simply fun. The developers actually talk to us and explain themselves when they don’t have to, providing feedback, comments and meaningful insight. Finally, the community is something I consider part of my family now. What started as three brothers bonding over a game, in time grew to making a family with people from all over the world. Thank you all for this wonderful experience.

This is why I love Killer Instinct. So back in 1998, I was around 7-8 years old and at the time I was still playing on the NES. One day, my parents came home with a SNES and it changed my life forever. They had bought a SNES with a few games, some of the better ones or at least the ones that many people love and remember: Megaman X, Donkey Kong Country, Killer Instinct, F-Zero, Gradius 3, Mortal Kombat 2, Super Metroid and Super Mario World. (I would eventually get other games) Among them was a black cartridge with a robot on it…

My heart was warmed by this video. To see all of these people who put time and true devotion into this game and its community.

The video is BAWSE!!!

I like KI because it’s fighting system allows you to do very cool looking stuff at a low level but has very deep tech at a high level. YES I ADMIT I USED TO BE A SCRUB!!! FIGHT ME!!!

But for real. If you’re a beginner at fighting games, it’s hard to do cool looking stuff. If you’re playing SF or anime fighters, most of time you’ll see dropped and whiffed combos made up of light jabs. The same is with Tekken. At least Mortal Kombat gives you a free chance to do fatalities.

Mashing buttons in KI half the time produces cool looking stuff. But actually learning the game rewards you with even cooler looking stuff and prepares you to beat almost anyone crossing your path. To me, KI is way more beginner friendly than any other fighting game for that reason.

I really do like that this is an official video, helps show the casual crowd that there’s a lot of love in the competitive scene.

I love KI because of how easy it is to learn the fundamentals, also the skeletal content, the music, the mickey mousing ultra combos, the lore, etc,.

Even being patient is rewarded in gameplay. Damn, I love this community.

earliest memory was seeing it for the first time at an arcade at the mall. i remember seeing the huge crowd it drew and i pushed my way in (i was 11) past all the tall adults and ■■■■ to see what it was. i was amazed and enthralled instantly.

personal impact for me was it kept my spirit for fighting games going. eventually during my 20s up to my 30s my time in fighting games was literally rock bottom. KI brought me back

my journey is a good one, i hadnt been this sharp and tough in a fighting game for the longest time. i actually wanted to get better and do well. KI was and is very inspiring

There are many reasons for which I love KI. But the foremost reason… you’re always on.

I haven’t found another fighting game in which you are always engaged. It’s not a neutral fight into a combo, and then the person being comboed is stuck waiting there or vaguely watching for a reset or the best time to activate a “break” of some sort. In KI, you fight for the neutral, you fight for your combos and when you are hit, you stay engaged looking for break opportunities, counter breaks, resets, etc. There is no downtime and everything is earned, which I absolutely love.

This game is so easy to pick up, but such a fun, lengthy journey to master.

I love KI because it had changed my life for being the best fighting game I have ever played while both having a amazing community at the same time.

I love KI cause it has the most diverse cast in a fighting game * (i put a * cause i haven’t played the anime games, like Blazblue so can’t comment, but compared to the SF series, MK, Inj, tekken, etc) and its flashy enough that watching it is also exciting (kinda like watching a sports team you like)

It’s accessible to players of all skill levels while keeping things interesting for everyone. There’s always something new to learn or discover.

The incredible audiovisuals, attention to detail and respect for the franchise’s previous games.

Having a dev team that cares greatly about the game they make, and having a community that welcomes everyone.

All those are why I love KI.

KI on the snes was like the 2nd 2d fighter ive played back in '99-'00, I was like 4 at the time and my dad taught me a chessy cinder combo literally mashing forward and mp continuously. what caught me was the combos , the game is flying so fast and I’m like Woah!!!, I was pretty young then '01 I owned ki gold for the 64 and I played tj combo, still wasn’t good lol.

fast forward to 2012 I love to draw ( I’m not that good at), and I was sketching jago and a classmate of mine in algebra actually noticed it and he is a fan of the game as well, we would talk about the game , memories etc. then months later ki was announced, I found out from Maximillian dood’s reaction video lol.

i still play the game aggressively, because of this game ive learned frame data, and cherish the BGM because ki’s music is godlike, and its great having another fighting game that i actually enjoy. thank you Microsoft, sorta, BUT MOSTLY thank you iron galaxy.

It has basically all I need from a fighting game + more.