Who are your favorite opponents?

Now you have to share. You can’t just give us a little bit and walk away like that lol.

You can’t just give us a little bit and walk away like that lol.

You must hate writing, lol. I remember when you once posted paragraphs, now you’re a man of mere words. 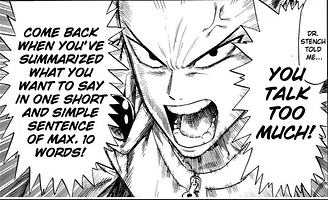 I actually dislike typing. I can talk for days though.

Yeah the rollback did suck.

I remember being in the middle of a combo and hearing SHADOW COUNTER!!!

I think you would have won though, no matter our connection.

Its an honor to hear you think so highly of me Storm especially because you are the worlds best Hisako player. I mean who gets perfects on people at the World Cup? I also have enjoyed all of our matches especially the one where we sat in neutral for 40 game seconds until the last 5 seconds. Always ggs good sir

Tons of people i would like to play more sets with but these are the people i play the most.

I am not very good at make long post about who are my favorite opponents because my grammar is not very great. But hey, I want to thank to everybody who enjoying play with me in KI matches. it makes me feel better than before.

@MDMMORNING - Awesome, competitive matches.
@Dayv0 - super funny and always ready to body me.
@HWSlenderCashew - if I ever just want to drop my controller and watch Gargos do things.
@TheNinjaOstrich - we’ve only really played a couple of sets, but its rare to see a good Kim and I enjoy it a lot.
@KevBones10 & @NitricZenith - I believe I’ve only ever played one set against each of you but again, I had a lot of fun in those matches, win or loss.

Dawww, you make me feel all warm and fuzzy!

This thread doth indeed make me realize how many friendlies I HAVEN’T played. Which sucks because as of present I’m super out of commission - a wire short in my Razer managed to fry my converter, so I haven’t really been gaming at all as of late. Once this is remedied, I’m gonna have to run FT10s in a long list.

On topic:
@DoobyDude23 Always fun, competitive matches in long sets. You’ve definitely helped me grow as a player, and the sets are always a blast! Totally worth staying up super late (or waking up hella early for).

I don’t think I’ve actually played other forum goers outside of the WTFs… So WTF shoutouts to
@PVT1AORyanBay
@BoiCriedShark
@BigBadAndy
@ItzTymeToDul
…from whom I learned fromy Ls and was encouraged to continue to grow.

And of course
@Taarizard for my first offline tourney loss to Sadira. I’m glad I didn’t have to commentate that, because it was bad. Like, baaaad.

@ZeroSyndicate & @Mello for pubstomps at locals, for repping the game in our local scene. I wish I could make it out more often.

We do need to play again, to help you boost your anti-Sadira tech.

You and @Sasuke99I are top of the list, in reverse order. If I accomplish anything relative to gaming this year, it will be handling the Sadira MU competence!

I haven’t forgotten that I still must take a proper L from Sasuke.

Oh, wow, I totally wasn’t expecting a tag! That set I remember was a real laugh, I’d just come back from the hospital too, so thanks for tolerating my madness as I was coming down off of sedatives at the time! @DoobyDude23 have a tag back!

@TRXPICSTRX and I have had some fun, lengthy sets I’ve really enjoyed, a lot of which came right down to the knuckle with clutch moments abound!

@SightlessKombat is the person I’ve played most from the forums, we’ve had a lot of fun, a bit of salt and a lot of chats that I have to thank him for, playing against Sightless was the first time I felt like a part of the community, so thanks to him for being so welcoming.

@DarkLrdChuckles Is the invisible lobby ninja who always magically appears when you’re playing KI (though not for a while) and although I think I’ve only won once against him, I always enjoy seeing his crazy skill in action and try to learn as much as I can vs him along the way!

@ZTRAINOVER9000 for again welcoming me into his madness lobbies of friends and trying to integrate my tired, shy old self into the community, us Maya players gotta stick together, right?

Ugh, so many cool people in this thread I really want to play! Stupid time zones.

Playing you is fun, and I don’t mind when you zone me honestly. This is because I like your overall playstyle, despite the character you use, making fights enjoyable.

Boy, does this guy get on my nerves, lol; well, his Eagle does.

Off topic, but i have come to realize how irritating Eagle can be to some poeple. I alway thought fighting against him was fun! So, I would like to say sorry to everyone who I’ve irritated lol. I don’t try to but ig that’s how it comes out

I’ve come to realize I haven’t played so many people. I defiantly have to ask for more sets from you guys. it would be fun. I should actually use mic too. No reason to be shy

Off topic, but i have come to realize how irritating Eagle can be to some poeple.

Lol. Really? I’m surprised you ever thought people would enjoy fighting him. Just as an archetype, he’s designed to ■■■■ you off. Super mobile zoner with the most suffocating vortex in a game replete with suffocating vortexes? There’s zero chance he’d be a fun MU for most people.

I’m under no illusions that Hisako is fair or enjoyable to fight against. It’s generally not fun to deal with unreactable mixups and to feel like you can’t get in.

Oh yeah. We need to do some matches at some point. What about tomorrow?

Lol the thing is I actually like fighting him. At least when fighting him when i use a different character. I always love finding a way to outsmart his potent offense. I must be weird then

Don’t worry. There are characters I hate to fight but Eagle is still not in the list.
However, what I said about how people play has a lot to do when enjoying the fight or not.
And so far I had nice matches with the players in the forums.

“WAIT WAKE UP THROW, ARE YOU MAD?”

“Yeah, well, yeah… BUT YOU SHOULDN’T DO IT ANYWAY”

I’m pretty sure he hates fighting me

Fighting against your Hisako is definitely frustrating, but that’s just the mark of a smart opponent.

Thanks to everyone who tagged me in this @STORM179 @Dayv0 @Fwufikins, really makes me feel like I was part of a history here.

In my top 5 on twitter only @ItzTymeToDul was on that list and that’s mainly because I feel our matches are close to even most of the time and it’s always fun. That list is specifically dedicated to people who either taught me a whole lot despite my frustration (specifically Amenty lol) or just had very fun matches with me consistently. Doesn’t mean I don’t appreciate everyone else here that I’ve played with often.