What toy is this?

A post about those figures we have or collected over the years, but never really recalled what series they came from.

The one I’d like to showcase is a Kabuki Warrior-like action figure with a spinning eyeball in his chest. He used to have two accessories. One was an open fan, and a closed one, which could clip onto a small hole on his back. There is also a switch on his back to spin the eyeball, as well a button on his chest to stop the ball’s movement. 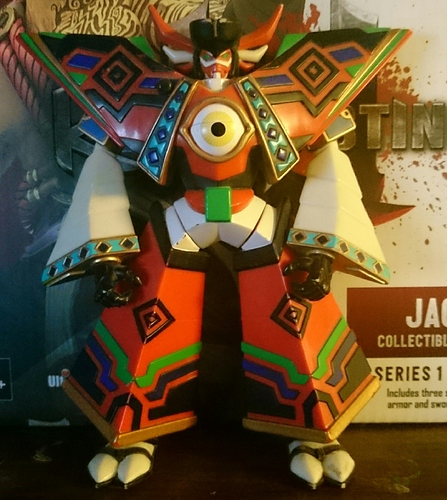 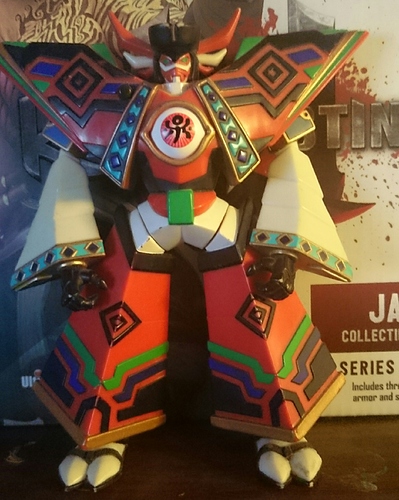 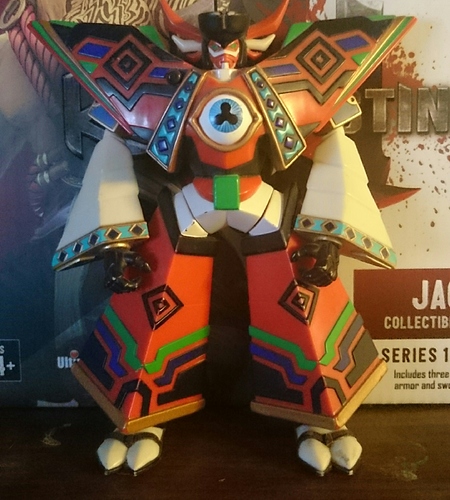 Photo of Switch on the back. 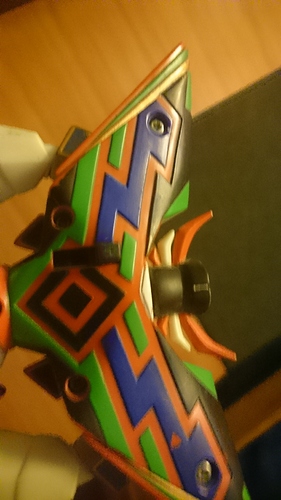 They had a demonic looking shogun figure as well from the same line, even little mini figures at a flea market I saw once, where they stood on a small gold satue with one of the eyeballs. But after looking countlessly, I found no results of these things. Judging from the sculpt, I’d say probably early 2000’s is when it was released.

My question, do you know what this figure might be from?

Or do you also have figures that you can’t seem to find the origins of?

Any feedback is always welcomed.

Considering the two figures that I’ve seen,(this being one of them) they actually kinda look like the bad guys the Power Rangers would’ve beaten up. Lol

Which they must’ve did a pretty good job of that, because for the life of me I can’t find the series this figure was from.

Hey man I know this might be an old topic but did you ever find out what series this was from? I actually have another toy from the series (the blue demon shogun you mentioned) and haven’t been able to find anything outside from this topic. Anything would be helpful!

After fiddling with Google Images, I finally found out where this thing came from.

It was from a very short-lived series by Bandai called “Jagun Fighters”, which I presume was to bank off the Yu-Ghi Oh and Pokemon games at the time.

BoardGame Geek has a page about their existence as well. 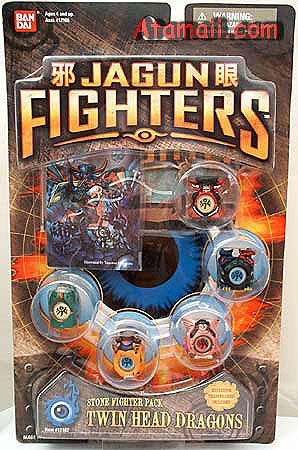 This collectible miniatures game from Bandai is basically a cross between Yu-Gi-Oh! Trading Card Game and Pass the Pigs. The minis are rolled like dice, and have different results based on if they land on their feet, lying on their side,...

So ‘Gidan’ was the name of the one in the image. 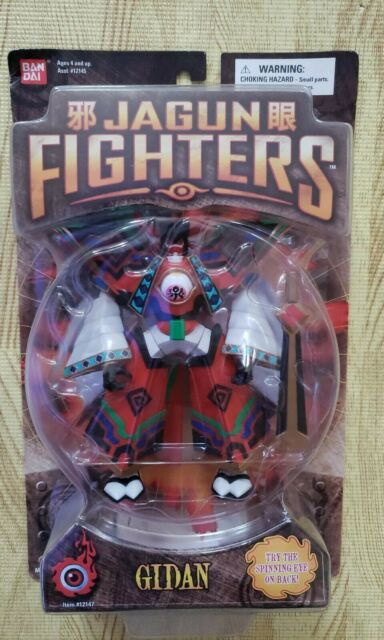 And I’m assuming Rugi is the one you’re referring to, that being the demonic shogun. 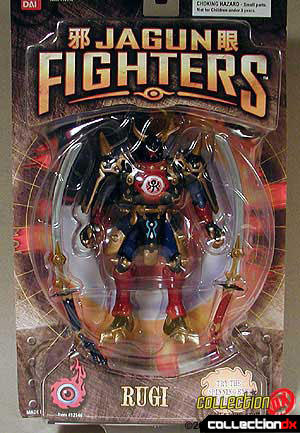