If some of you are like me you had no idea what that meant. Luckily for us uncultured folks Guilermo Del Toro is recommending the best film he has ever seen on the topic.

“Just in case I wasn't clear: Spring is one of the best horror films of this decade. And the only Lovecraftian film that has blown me away.”

Honestly I had no idea what it was on the survey, which is why I didn’t put it near the top of my vote. I’m still unclear on exactly what it is.

Lovecraftian is based on the works of HP Lovecraft. Think a character inspired by Cthulhu. The Cthulhu Mythos is a shared fictional universe, based on the work of American horror writer H. P. Lovecraft. The term was coined by August Derleth, a contemporary correspondent and protégé of Lovecraft, to identify the settings, tropes, and lore that were employed by Lovecraft and his literary successors. The name Cthulhu derives from the central creature in Lovecraft's seminal short story, "The Call of Cthulhu", first published in the pulp magazine Weird Tales in 1928. Richard L. Tierney, 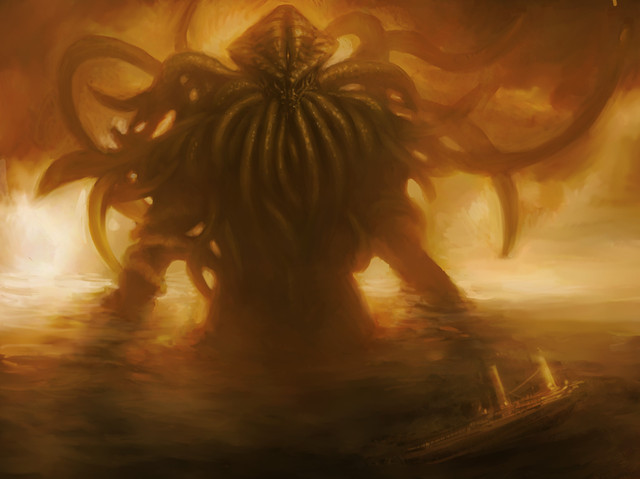 Thank you people, I am learning something

Personally, I think it would be very cool if they went with another Lovecraft-inspired monster: D&D’s Mindflayer or Illithid. In the Dungeons & Dragons fantasy role-playing game, illithids (commonly known as mind flayers) are monstrous humanoid aberrations with psionic powers. In a typical Dungeons & Dragons campaign setting, they live in the moist caverns and cities of the enormous Underdark. Illithids believe themselves to be the dominant species of the multiverse and use other intelligent creatures as thralls, slaves, and chattels. Illithids are well known for making thralls out of other intelligent creatures, as wel...

The idea of using a creature that has psionic-based attacks and can use the tentacle-like appendages on its face as weapons would be really interesting to see animated. Perhaps a lot of its meter or instinct would be dependent upon draining their opponents. Maybe command grabs with the tentacles? Or being struck by a psionic attack (via command grab?) could cause input errors with mixing buttons until the opponent lands a hit.

See Bloodborne and the Choir in Upper Cathedral.

in what way? the sheild?

eh. he is a pirate of the caribean skele-dude. a kraken sheild is par for the course.

chythulu is more than a squid face although that sheild sure is awesome looking.

have you seen the movie or the comic hell boy? thats pretty lovecaftian

You all wanna know what Lovecraftian is?

Simple. Take an octopus and piss it off to the point where it decides to fly unto space, and then come back a millenia from now, mutated and completely evil… also psychic brain powers that make humans go CRAY CRAY!!!

Little do we realize that’s his ocean sized bathtub…

The ocean Is an ocean sized bathtub for Chuthulu… k nvm…

Maybe a pleasant song will help?