I am not saying I do not like this character, far from it I think he looks awesome. The problem I have which maybe a Dev can answer is, shouldn’t he share some of Fulgore’s moves and techniques or have some similar moves? Why would a character who was modeled after someone not fight like them. Still love Eagle just would like some answers.

Considering how ARIA is, it is most like data from Eagle that was put into Fulgore, and not something that was actually part of Eagle. It doesn’t seem like ARIA knows how to take someone’s actual soul and put them into machinery, though it does seem to be part of her end goal to learn how to do something like that.

I personally liked the idea of Fulgore being a cyberized Eagle though, but then he wouldn’t be able to become his own character, unless he’d be a bonus character from before he was turned into Fulgore.

Aria took scans of his brain to power the fulgore units.

No there is only one fulgore unit with eagle’s spirit otherwise she wouldn’t have made such a big deal about recovering his chopped off head in the little story they put out where tusk hacked it off and riptor ran off to save the brain box. I agree with OP why would you copy a fighters spirit and then expect him to be good with a completely different move set. While i do like eagle and where they are going with him, i’m not happy that they hacked up fulgores story and took him from being a cyborg to an android.

They copied his mind, according to the new storyline.

Though yeah it would have made sense if there were at least some similarities.

By not having human parts this means he is by definition NOT a cyborg. 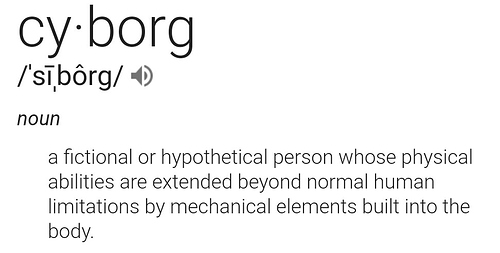 A cyborg is a human who has been augmented with technology. Since Fulgore has no human bits and is just using a copy of Eagle’s brain waves, Fulgore is a robot utilizing a WBE (Whole Brain Emulation). If it were his actual biological brain then yes he could be an extreme cyborg, but removing the fleshy component has made him no longer a cyborg.

I said Eagle parts specificly, the brain cores could be lab grown flesh.

I dunno. 3D printing organs sounds like a lot of work…
…then again Ultratech’s solution to dealing with tough terrain was “Let’s breed fire breathing dinosaurs” rather than “maybe we should get better tires”.
Evil megacorporations really love convoluted plans

It’s like the comparison of VHS tapes with Blu Ray discs. Human turned into cyborg is VHS old days while human mind based AI cyborg are the BR thing. Fulgore has an AI that emulates Eagle’s behavior. Although the fighting styles seems kinda different. It’s the same thing Ryat Adams did to create ARIA. Now she did all the same with Eagle.

shouldn’t he share some of Fulgore’s moves and techniques or have some similar moves?

He does! Some will look familiar, but are definitely tweaked.

Arrows instead of eye lasers??

Arrows instead of eye lasers??

Not quite what I was getting at. Kinda more of how would a robot accomplish this with tech what a human does with tools and vice versa. Or in other words like he perhaps has a heavy staggering arrow shot where he ducks down to fire in similar function and animation to Fulgore’s eye laser except his arms are obviously positioned differently…something like that. I dunno, It’s just a random thought I had when Rukari posted.

thats great to hear I assumed they would be tweaked being its a robot and being able to integrate weaponry in to it.

I thought this character was definitely not a remix Rukari :P. Looks familiar but tweaked sounds like remix talk to me xD

In all seriousness, I had concerns around the animations because instead of all the amazing work that goes into making a character, someone will say something about a single animation and EVERYONE will latch on to it.