Village of Whispers in Halo 5

As the title says I made Hisako’s stage in Halo 5 Forge. I’ve been working on it for awhile now and didn’t want to post it till it was perfect but its been pretty much done for a few months now so I figured what the heck.


[Album] Village of Whispers in Halo 5 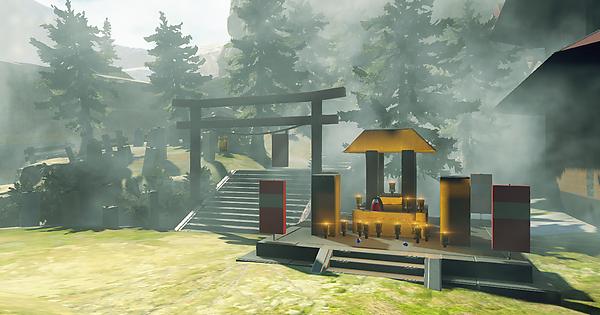 I tried to incorporate as many elements from the stage as I could while still making it fun to play. I also put a few references to Hisako’s backstory like the Samurai armor and the river.

I was inspired by Rodan117 who made the Aganos stage in halo and figured I could make my favorite stage as well. However I made mine playable for Slayer, Infection, and Strongholds. You can play the map by friending me on Xbox and getting the map from my bookmarks.

DUDE LOOKS AMAZING! just needs to be more cloudy and add some lightning in some places and rain. Seirously that’s all it needs and it will be PERFECT!

Yeah this is awesome!

One day, we could gather people from here, and play 6v6!

I know the PERFECT map for Tusk and Glacius stages!

may be hard cause I have to reinstall Halo5 I LOVE THE FORGE it’s best thing ever! but no split screen or playable elites give me any reason other than to make stuff.

Great work you got here.

Looks really neat, cool, and amazing if I do say so myself

Was there any reason given for Elites not being playable? I’m out of the loop as I haven’t played since Reach.

People (including myself) give Halo 5 a lot of flack, but Halo 5’s forge is the greatest editing tool ever to reach the series.

I thought there was something like a night color filter in Halo 5’s forge though? Or does that kind of ruin the color palette? Cause the outdoors setting is a little bright for Hisako’s stage, but for the tools you have available, it’s a very good job. Nice work.

Was there any reason given for Elites not being playable? I’m out of the loop as I haven’t played since Reach.

If ya want my guess: they simply had no time, but instead of treating the sanghelli as a secondary thing they should of made them playable to start with. Same on the case of split screen.

Personally I hope if/when the elites are playable they make them just as playable like in Halo2 and 3. Because I don’t wanna have to see a MM for Elite slayer come up, only to have to play another crappy DMR/BR battle. lol

Back on the OPs map, I hope he adds rain, thunder and lightning to really bring it home.

It kinda depends on the map/canvas you use. Back when I started this was the only canvas with water on it and I knew I wanted a river. If I used one of the newer maps I could have gotten the lighting way closer.

The thing with the rain is that if I put it in then it rains inside and looks silly. I could do lightning though.

well if not rain can you at least make it cloudy and add lightning?

I’ll see what I can do

Have you posted it yet? I went looking for it last night and there was no results.

I think I fixed it. If you search for Village it should show up. If you still can’t find it then you can add me on xbox and find it on my bookmarks.