So… is the versus screen still work in proguess? If not… Am I the only one that thinks that this could be a lot better? 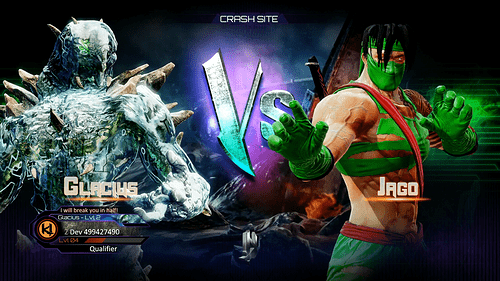 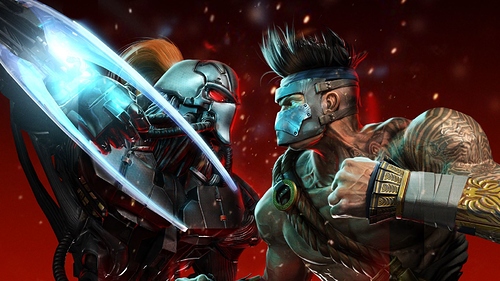 I prefer the new one. As many has complained about in the past, the UI has been very inconsistent throughout the game, but now they are making it more consistent, and I quite like the style.

I don’t know the one that they showed in the livestream looks really weird to me.

It’s a matter of taste, I suppose.

Can you explain what about it you think is weird? What would you have made different?

My only complaint is that “V” in vs. It really doesn’t make sense to have a capitalized “V” with a lower case “s”. Plus it just looks funky being half big and fat and half super thin and tiny.

I think if the letters were the same size, it’d be great. Love the font.

Make that s a lot bigger for vs. Looks off seeing how small it is compared to that giant a$$ V

Given the font, I feel like it would look weird if the S was as big as the V. This way it seems to fit in more nicely under the / part of the V. Maybe I’m just imagining it weird though. Regardless, I’m a fan of the new VS screen. Looks pretty pretty I think.

It does make sense if you think about the actual word “Versus”. Though I can see where you’re coming from, I don’t have a problem with it in its current form.

I think the VS should be in front of the characters. My one little wish would be for the character animations to still be active on this screen like in SFV but it’s not a big deal.

I don’t like the “V”, and the purple glow behind the Vs seems a little bit off.

My initial reaction was that the V in VS is a little weird.

But it’s not a dealbreaker and the rest of it looks perfectly functional.

Agreed. The “Vs” looks odd.

And if they’re keeping the same poses from S1 and S2, I hope they fix character positioning. I hated how Combo, for instance, was always lower in the screen and closer to the camera, it looked messy.

My only complaint is that “V” in vs. It really doesn’t make sense to have a capitalized “V” with a lower case “s”. it looks like old KI. That’s a good thing.