Let’s assume the vampire will be in Season 3. What would you guys want the teme to be like? I made a bit of a potential vampire theme but it is very tiny. Do you guys want something like this? I know it isn’t Mick Gordon level but I tried. Any thing missing? https://www.youtube.com/watch?v=H7fCkmy0sdQ

I think as far as Instrument choice and rhythm go, its a great idea.
My only problem is the key you used. A LOT of the season 2 songs use odd keys and changes. Flat 2nds, half step down changes for the 4th measure, ect. So its a good thing that you noticed this and incorporated it into the song, but doing tricks like this is VERY difficult, and i think you missed it a little. I have tryed to do this myself, and also have missed the mark quite a few times. If you could make the Guitar and the String Stabs more coherent and follow the same path leading to an epic chorus, it would be perfect. Its just slightly too dissonant as it is.

Please keep working on this. I can tell it will awesome if you keep going.

The coherent part? Got it. Will factor it in. So far,I have the main theme that plays normally(the part in the video),the 16 hit combo theme,and the danger theme. I have a potential intro theme. I also have an idle theme but I want to add the KI theme somehow. Piano maybe? I need to work on a few parts before revealing all I have though. Only a teaser:P

I know im telling you to do a lot, but as a fellow musician, i just want to try to turn you on to new ideas and methods you may not have known about or experimented with.

I am trying. I haven’t had the chance to fix the first part yet but I a uploading the rest.

That can work to.

What do think of the rest of the theme I have so far. I am currently working on fixing the teaser part but other than that,it should be good.

Awesome. Would be awesome.

You know, we usually see some European debonair type of vampire in pop culture.

Part of the reason the Blade movies were so successful was because they turned the troupe on its head and made a black vampire a hero. Lets not copy that either.

I want to see a goofy, dank, non-white vampire that embraces his/her curse and fights for Ultratech to Further their capitalist or political Endeavors. Idk, I’m just thinking of random stuff lol.

This IG. Give him Drain Linkers. This Linker is basically Cinder’s Burn-Out Ender but reverse. It does little damage, it adds maybe 1% damage value to a combo if you used Heavy version. It builds the Vampire potential damage instead of burning the opponent’s health into potential damage. It doesn’t take away the Vamps health just replaces the missing health with white health that’ll recover if left unattended.

If you break the Vamps combo before he can End it the Drain Linkers become meaningless because all the white health blows away. If the Vampire can pull off his Drain Linkers and successfully end the combo then this affords the character Opportunity to regain health if he can avoid getting into a combo himself and letting the opponent cash out that potential white health. 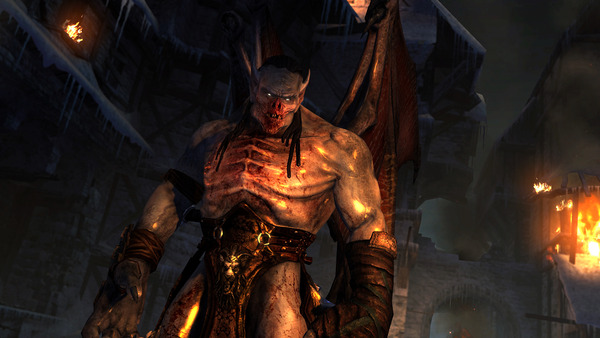 Sorry it took me so long to get to reply to your 2nd video post.

I really like it. If you had access to better software, it would be close to perfect. But i have to be honest: the guitar in the main theme (00:13) sounds awful. Its mostly because it is a very bad quality synthetic guitar, but i feel something must be done. The violins are too good to be backed by that awful guitar sound. I dont know what tools you have available, but i think changing the guitar part is the best thing you can do.

Your writing is much better than mine. Keep working on it!

Yeah. The guitar part itself is the part I am trying to fix. I am curious about what you think of the rest though.