Upcoming enemies in the future?

Ultratech is the only main enemy in Killer Instinct. With their wicked experiments in Fulgore, Riptor & Cinder. Who knows what’s next.

Season 3 has Gargos coming soon. Who knows what kind of fighters we’ll be seeing.

Hoping for season 3 to be the last one and that we’ll be waiting for a sequel, what kind of enemies would you all picture seeing next?

Perhaps aliens? Glacius isn’t the only one. Also mutants/metahumans/psychics?

In Mortal Kombat, we got Shao Kahn of Outworld and Shinnok the fallen Elder god of the Netherrealm.

In Street Fighter, Shadoloo led by M. Bison with Vega & Balrog at his side. S.I.N. then the Illuminati.

In Tekken, the Mishima Zaibatsu.

We need at least 3 characters aligned with Gargos.

Honestly I hope we see more Sci Fi tropes because I honestly think KI doesn’t have enough of those.

Well, from the story so far, we’ve got Omen & Sadira as BFF’s of Gargos, and I’m sure that the bat-backed freak will have at least one or two new pals with him as he invades our reality!

Ultra Tech isn’t the only bad guy. There is also Kan Ra who is stand alone. Sadira, after UT’s betrayal is also going to move in with her clan. Then there is Gargos and his followers which include Omen and am guessing that other monster dude Eyedol. Hope they make another shadow type monster similar to Omen for the next game. Maybe someone remincent of Zed from League of Legends. 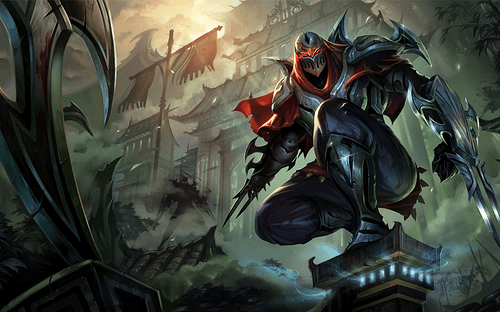 Eyedol is sure to be one of them.

Perhaps in the next game, there’ll be like an alien invasion. So far Glacius is one.

There are a LOT of alien pop cultures they can try…

Mutants can also fit in too if there was a “Magneto” leading that. There’s will also be the “battle for the gods” kind of thing in KI if possible.