Ultimates Amazing, Boring, or nothing special

So I’ve realized the Ultimates are hit and miss with the KI FB, so I feel the need to try to bring everything to light, and bring together a constructive debate to the forums. I’m tired of the arguing and baseless points being made so please everyone try to see each others side. I want to do this cause I want devs to not feel annoyed by FB arguing and instead have real feedback. For me I love getting feedback from people about my creations especially the ones who don’t like it(nitpicks are the best). I don’t think the devs want an ego stroke(I mean you guys are their fans) but constructive criticism.

Lets me be clear, I’m not talking about people who wear tin caps saying “KI IS DYING CAUSE I DON’T LIKE THE CHOICE THE DEVS MADE.” No that’s just going too far and unproductive in the least. (The only time I agree with this sentiment is when they chose not to give Orchid an ultimate P.S (I am not at all salty))

Now, Ultimates are something that blew the minds of many way back when. And as we all know KI fans what a KI to be true to itself. So let’s talk about the ultimate rather you hate them love them or indifferent. For me I understand why some are upset. The new ultimates aren’t as brutal as some of the old ones where, they aren’t even wacky and funny. Some are just cinematic combos(Thunders, Mayas, and Cinder’s… oh wait still not salty)). I kind of dig Riptors cause Hers was funny, but a little disappointed that Sadie’s didn’t have blood. The reason why I feel the Ultimates should be kind of brutal from time to time is cause the word Ultimate itself has blood and the announcer is so dark saying it. Kind of insulting not to and it isn’t a far stretch when someone who designed the Ultimate outro must have thought the same thing. Now I completely understand the M rated argument when the DEF edition is M, but IG would be restricted if the entire game was M. So NOT HAPPENING, but i understand why people asked for it as well.

Now some may like things to be tame cause they are afraid of things getting brutal. Well spiders creep me out but that doesn’t stop me from doing Ultra’s on Sadie’s stage. It a VG sometimes media can make people feel uncomfortable, but that’s what makes games, movies, and books enjoyable. No one is asking fro artworks of gruesome Corpse Party deaths.

Now another thing that I think we should touch bases on is the invention of new abilities. (Orchid’s flash and stomp, Fulgore going ful- bore). It invented something new. Like Spinal’s new ultim—

(this is not salt and slug). But Jago’s tigerSB was a new invention. Would have like them to do something like show a golden aura over Maya in the shape of animals. Give her abilities like Vixen.(But i’m not a Dev so my suggestions are meaningless a stupid

Another thing is gore, where as KI never had gore (Now I understand IG is not CC or WB, so their budget doesn’t get as massive as SF or MK, just pointing things out) bodies burned you go to see the bodies. Now I understand leaving some up to interpretation, but all. Like we know they are dead just want to see it all happening. Or at least like Tusk’s are the priceless face expressions of Cinder… I mean Kilgore’s

All I’m trying to say is criticism is great, love it. No one needs to protect the honor of KI, and no one needs to whine and complains just express your opinoin without having conversations devolve into emotional madness.

So if you guys will do me a big favor, tell me 3 things you feel works for the ultimates and 3 things you think needs improvement, no cop outs I want both. And please try to see one anothers’ side without the heated arguing. And for being such great sports you all get to have a Cherry

it’s PACMAN flavored!
Or we can talk about how the original protagonist and poster girl, the hottest man of KI, and our lovely maniac sub boss of a pirate didn’t GET AN ULTIMATE (Still not salty, nope, NOOOOOOPE) I’m gonnna go cry in a corner:

I’m sorry but I have no interest in seeing Orchid or any other woman open her top for any finish to anything anywhere.

Most of the community asked for ultimates, they have made them for some characters.

Thanks for the input. I Really don’t care for Orchid’s flash (I mean I like it when it was around). I already seen it. I want Orchid to do so much more especially with the fire cat. I was just noting some of the iconic Ultimates.

Your last pro is really interesting. Never thought about that.

The vocals would be great. I feel the next time they need the voice actors, they can put ultimates on the list of things to do.

Multiple outcomes is always a plus, and the Sadie’s animations was a little wonky to me also.

Now, Ultimates are something that blew the minds of many way back when.

I think this is largely a myth. With the exception of Fulgore’s head cannon in KI 1, none of the KI Ultimates were ever really iconic or well regarded. They were just in there because at the time games were doing finishers. MK had them, so did Primal Rage. So KI did it too. The Ultra Enders were much more iconic and popular.

Because they are free and pointless I don’t mind them, they are just whatever.

Having said that I don’t want to see them to return in the next game unless they serve some sort of tactical advantage. You have a reason to Ultra so I’d like a reason to Ultimate. Maybe have the danger status appear sooner if you are an entire life bar up on the opponent or something.

I’ve made feelings about ultimates very well known over the past month, so I won’t get too into it. I’ll just list my three pros and cons.

Cons
Time that could have gone to stages

Neutral
I don’t think people seem to realize what ultimates are. “useless”, “no tactical advantage”, “poor animation/sequence of events” etc… Basically most people rate the ultimate in a vacuum.

Let’s take tj for example, widely regarded as the worst ultimate. Even with this on its coat tails, when a tj player lands an ultimate on the mainstage (on steam) everyone lost their ■■■■ with hype! The stream chat went haywire!

Well, it’s because they are experiencing what ultimates are intended for… Hype. It’s no wonder it takes considerable effort to do an ultimate. The animation could literally be a pose, and it would have the same hype.

If a fight were to be a analogized as an argument, The ultimate is intended as a mic drop, and not meant to be viewed over and over again in YouTube for analysis.

I think they’re hit or miss.

I feel the major reason I dislike the ones that I do is because of the use of recycled assets, when Shago’s ultimate came out it was crazy because there was nothing like that in the character’s arsenal at that time. It was 100% original and it really impressed me with what creative stuff they could come up with for finishing moves.

The Ultimates we got are a hodgepodge of recycled animations and themes, I want to see a character do something they’ve never done before. I don’t want to see TJ do one of his basic specials and then turn his back, why can’t he deliver a series of blows and then pose for a picture with his dizzy opponent before delivering a nasty uppercut then turning his back. Or Riptor doing some crazy dinosaur stuff, I mean her win animation is more of a finisher than her actual finisher.

Jago does something original, he delivers the final blow with a massive Endokuken, something he could never do in-game. Fulgore while basically the exact same thing fries his enemy to ashes with a giant death laser. I like to see originality over reiteration of the same thing, I mean Thunder basically just does his instinct dash and then his command grab and then his stompy thing. I could reenact that in-game myself, how is that an “ultimate” other than the dramatic camera angles?

I’m fine with no gore, or at least hiding the gore off-screen to preserve the teen rating so that’s a non-issue but I do think a little homage to the originals would have been nice like giving Kilgore the old Fulgore turret head, that would have fit his somewhat goofy character design as well as his chain-gun attacks and would have filled us all with nostalgia.

Overall I’m glad to have them, well the 15 we’re confirmed to be getting and I hope to see more.

If a fight were to be a analogized as an argument, The ultimate is intended as a mic drop, and not meant to be viewed over and over again in YouTube for analysis.

Everything you said I think is awesome and right on the money. But this is worth pulling out. These are FINISHERS to a fight. They aren’t movies.

Or Riptor doing some crazy dinosaur stuff, I mean her win animation is more of a finisher than her actual finisher. 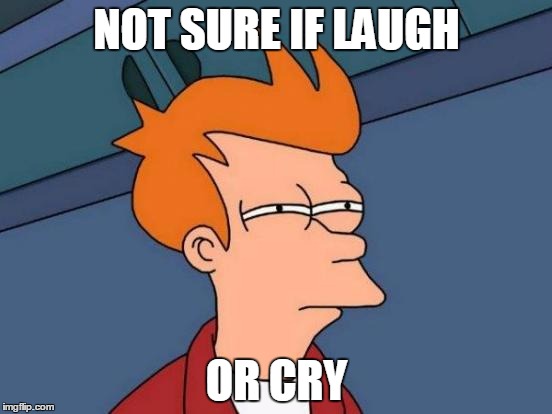 Now, Ultimates are something that blew the minds of many way back when.

I think this is largely a myth. With the exception of Fulgore’s head cannon in KI 1, none of the KI Ultimates were ever really iconic or well regarded. They were just in there because at the time games were doing finishers. MK had them, so did Primal Rage. So KI did it too. The Ultra Enders were much more iconic and popular.

Sure the Ultras were more popular, but the Ultimates were great too. I mean a lot of people requested them in the reboot. Besides KI was known for not taking themselves too seriously, while also having a really dark side. The Ultimates portrayed that perfectly. From Thunder turning Saberwulf into dog food. Orchid turning people into frogs to Fulgore gunning you down, and Tusk creating a meteor shower and having a pet dinosaur. There was a lot of forgettable ones to like Kim stomping on you, but a lot of them were like cherries on top of the game. So were the humiliations. There were quite different from MK fatalities as well. They provided something different.