Since Shadow Jago is the only one with the “Ultimate”, how would you picture the other characters using Ultimate Combos?

Jago can do something “Shinku/Denjin/Metsu Hadouken” for example.

Well for my main (Aganos), I would simply imagine him smashing an opponent across the screen with a ruin and have 4 walls appear in between the golem and the opponent as the victim flies backwards. When the opponent falls to the ground, the camera shifts to the golem, who simply finger-flicks the 1st wall, causing each wall to subsequently fall and knock down the next wall in a domino-like effect until the final wall simply falls upon and crushes the fallen opponent and buries them.

I once pictured a giant Kan-Ra head made of sand appearing from the floor and biting down on the opponent, but a giant sand-hand squashing the opponent would probably be more fitting.

Honestly I don’t think Shago’s ultimate is that great past the novelty of it. If they don’t have Ideas for making the Ultimates look cooler than everything else the character can do then they should probably stick with silly ones, (like Jago summoning a car to fall on top of the opponent).

On that note I imagine the Jago car thing being really hilarious if it starts with the opponent being knocked back real far, cammera turning to show Jago meditating, the enemy running to attack Jago and the car landing on them just before their attack lands.

ill get back this will take awhile

same rules apply it would just be character specific ,you know use Fulgore’s eye laser for a total meltdown

I can just see Fulgore do something straight out of Predator…

Assume the devs actually follow the way we did the voting in the KI polls; I think it’d be cool if Fulgore charges so much of his hype beam he short circuts but the opponent is reduced to vapor or something.

I love this thread. Here are some of my ideas:

General RAAM: He throws his opponent to the ground. Dazed, they struggle to get up again. Boot to the back of the head drives them back into the ground. They struggle to push up again. He reaches down, grabs them by the throat and lifts them up. Their feet dangling, their face an inch away from RAAM’s, only their faces are in frame. RAAM exhales slowly, and we hear the sharp sting of RAAM’s knife entering the opponent. RAAM drops the opponent like a back of garbage while the camera has moved to a low angle shot from the front of RAAM. The opponent lands just to the left of the camera. In frame, we see a bit of the opponent’s body off to the side, and we see RAAM looking badass from a low angle.

General RAAM (alternate): He charges toward his opponent. When he reaches them, he grabs their throat and gives them a quick toss in front of him. Their body ends up parallel to the ground, at which point he drives his knife through their chest and continues the motion, slamming them to the ground. He stands up, leaving the knife in their chest.

Glacius: He grabs them with one hand and blasts them into the air (think an angled version of his throw). Before they hit the ground, he creates a spike of ice beneath them. They land on it. Once they stop moving, Glacius shatters the ice spice and they fall to the ground, lifeless.

None of that is any worse than what happens during the course of a normal match: RAAM manhandles you and stabs you, while Glacius’s ultra ender is basically the same as the suggestion for him.

If they’re going to add ultimates, they can’t get around making the characters kill each other, IMO.

Also, the definitive edition is rated “M.” Originally, I just assumed that the earlier games were M-rated. However, it turns out they were also T-rated. So I don’t know what they’re adding to the game to make it M-rated. Maybe ultimates pushed it over the top? Or something in Shadow Lords?

It’s M-rated because the definitive edition includes the earlier versions of KI along with it, which are M-rated. The modern version of KI is still T-rated on its own.

It’s M-rated because the definitive edition includes the earlier versions of KI along with it, which are M-rated. The modern version of KI is still T-rated on its own.

I thought the same, but as I mentioned in my first comment, the earlier versions of KI were also rated T. I just Googled it.

One was; the other was not (there were 3 games if I recall - KI1, KI2, and KI Gold). Besides, standards change - just because it was rated-T back then doesn’t mean it still is now…

One was; the other was not. Besides, standards change - just because it was rated-T back then doesn’t mean it still is now… And here is KI Gold’s box art, from retrogamecases.com: 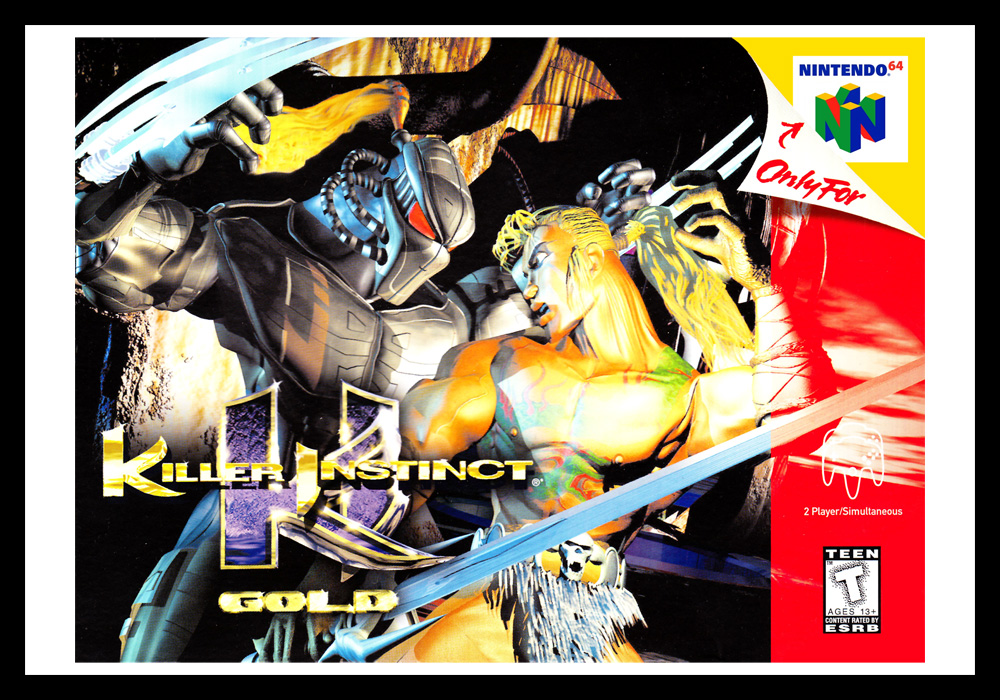 Don’t know why the ESRB would, in 2016, say a T-rated game is more mature now than it was when it was released. But I guess anything is possible. We’ll just have to see.

EDIT: I just checked the ESRB’s website, and for some reason “KI Classic” and “KI 2 Classic” (the XB1 versions) are rated M. I have no idea, even.

Rating systems in general have become more strict as time goes on.
For example: Jaws is rated PG, even though it has a scene where a kid drowns in their own blood after being attacked by a shark. Poltergeist is rated PG even though it showed a character ripping off their own flesh as well as using actual human corpses as set pieces.

As time goes on and things are sent back for reclassification/rerelease, things like flashing breasts, large amounts of blood, fatalities, and suggestive poses are pretty likely to raise a few eyebrows at the ESRB. If Call of Duty gets an M rating despite it’s relatively tame level of arcadey violence, the classic KI games definitely hit the same notes.

Those are PG!? I’m going to look into that because I find that hard to believe…

Oh yeah, they really are.

Directed by Steven Spielberg. With Roy Scheider, Robert Shaw, Richard Dreyfuss, Lorraine Gary. A local sheriff, a marine biologist and an old seafarer team up to hunt down a great white shark wrecking havoc in a beach resort.

Fun fact: The reason they used real human remains in Poltergeist was to cut costs. It was “cheaper than buying props”.
Kinda like how they went to a butcher to get the “special effects” for the chestburster scene in Alien

Fun fact: The reason they used real human remains in Poltergeist was to cut costs. 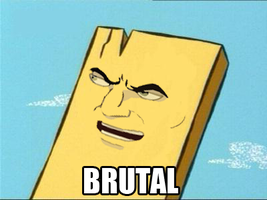 If I were to imagine Kan-Ra having one I like to see the opponent end in a pharos coffin.

It starts up with Kan-Ra clutching his opponent, then spins around to throw them into a standing pharos sand coffin he conjures up, summons a huge sand tornado that causes multiple hits while still in the coffin and launches the coffin spinning into the air finally ending it with Kan-Ra’s ant lion recapture crushing the coffin between its jaws. For the finishing animation Kan-Ra could explode into sand where all you can here is his evil laugh in the background or have him lifted up into the air with his tornado and laughing with a sinister face.