I’m on pc and I got two issues - my ranked progress doesn’t save, I have to requalify every time I start the game(and it’s not only me, my friend has the same problem). And every time I open the game I get 18k KI gold, which I got when I bought Supreme Edition. What to do? I got like 250k gold already!

Also, I can’t get any achievments, but I bought the game already. What to do?
side note: pls add dinput support

Lucky you, I have had the opposite problem, I spent about half my gold, and the next time I booted up the game… I only had 25. And I’m pretty sure not a damn thing will be done about it because it sounds like something somebody would make up. Wooo.

I don’t even care about gold, I just want my ranked progress to be saved!
I’m somehow sure that this issue is connected with not getting any achievments.

I had a slight hiccup in stat syncing also. It happens if you try to run KI (PC version) while you already have it open on your Xbox one. Maybe somehow you accidentally forced it to happen multiple times. It could be because when you turn off your xbox, the game doesnt ACTUALLY close, it just hibernates.

Fully closing out of BOTH games, and starting the PC version first fixed my issue. If you dont want to keep getting free money, you should try it.

Well I’m getting the qualifying match bug and the growing KI gold in 18k increments also, but I don’t even have an xbox one, getting KI on the PC was my first time playing it.

Got the issues since the 29th and look how much that gold has grown lol: 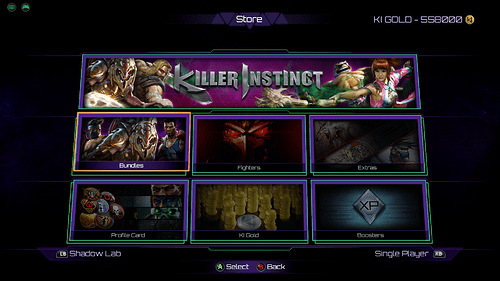 Same, I don’t have Xbone. Also, game is crashing sometimes, when I find the match in ranked.

I’ve got the same problem with constant ranking reset and achievements not unlocking. Also my game crahes frequently during ranked search.

a little update to the top.
if you launch KI on Xbox One under this (previously PC only) profile you will unlock some achievements that were supposed to be unlocked on PC. also Ranked progress will be saved with no problem.
But after that PC still can’t make any changes to Ranked ladder or Achievements progress.

Happened to lots of people with PC only.