Now that we’ve seen Tusk’s teaser. As Adam says, he’s an outdoor survivor… how does he connect to Gargos?

I still say he’s an immortal from Babylon or somewhere in Ireland/Scotland. He’s a barbarian/highlander to an outdoor survivor.

Once upon a dah…

Now that we’ve seen Tusk’s teaser. As Adam says, he’s an outdoor survivor… how does he connect to Gargos?

Is he Scottish? I believe he’s Scandinavian? He may still be a Viking but, I think he’s from modern society to some degree.

I’m partial to the idea that he found a magic sword which preserves him for the purpose of slaying Gargos.

I’m wondering if he’s going to have anything to do with Maya this time around.

I hope so. They don’t have matching barbarian appearances anymore, but they make a good couple. Isn’t Maya the largest woman in KI thus far?

Tusk and Maya are an item. 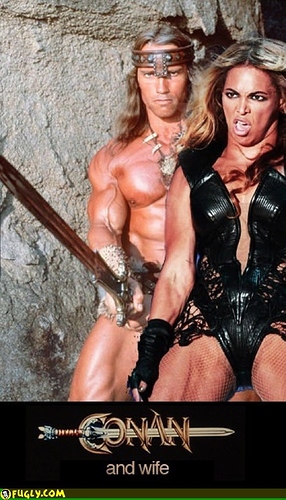 Wonder if he was born in Babylon, until throughout the ages he started living in Ireland/Scotland and went on fighting in wars again until the modern age.

Wonder if he was born in Babylon

Nothing about his design indicates he has anything to do with Babylon. However, he might be cursed by Kan-Ra to be immortal.

Spinal and K.Rah seems to be decaying, but Tusk isn’t somehow. I wonder why?

Could be because of the tattoo on his back. It clearly has some magical attributes to it.