Some I’ve picked up here and there from the Tusk teaser:

Anybody who says Killer Instinct isn’t a good looking game needs to take a closer look at the reflections in the ice. Amazing stuff!

True, always loved the ice effects from glacius aswell.
Also, that rain on Thunders stage always blows me away.
Cant wait to see what the lighting does.

I think Iron Galaxy may have finally got to Double Helix’ level with human character modeling and texturing. Bodes well.

You say that like DH made Thunder proportional. Haha

Thunder is definitely top-heavy AF, but it fits his character and they made it look good, imo.

Despite how big his shoulders are, it’s his forearms around the sides of his elbows that I laugh at. They’re so much wider than his biceps.

Why is his sword thick as an anime character? Anime broadswords look so silly.

Oh well. I would not have gone with the Viking theme but at least now I can headcanon that he’s a true barbarian.

Did he say DAH? I did not hear it

Why is his sword thick as an anime character? Anime broadswords look so silly.

It’s actually not far from a realistic greatsword’s width.

as thick as his leg. Too wide. I hate anime.

Either way, I personally like it. And I love anime, however, compared to some anime swords, Tusk’s is ALOT more realistic.

One question guys, would any of you stand on a frozen lake and stick a big a s s sword in the ice right where your standing?

Yeah I would too.

Actually, there’s a variety of sword widths found historically, including some really fat longswords and broadswords. 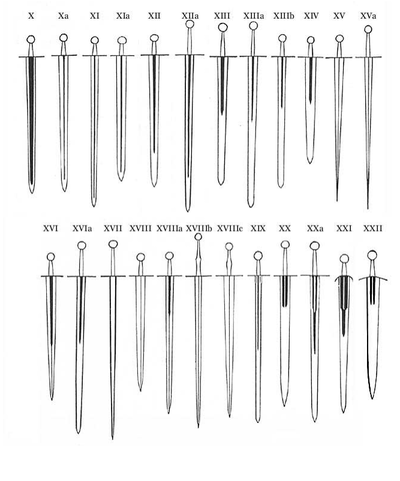 I hate using Wikipedia as a source but it’s got some info on a system used to label swords in their variations of length/width ratio, with plenty of the Viking and Celtic swords being thicker. The Oakeshott typology was created by historian and illustrator Ewart Oakeshott as a way to define and catalogue the medieval sword based on physical form. It categorizes the swords of the European Middle Ages (roughly 11th to 16th centuries) into 13 main types labelled X to XXII. Oakeshott introduced it in his treatise The Archaeology of Weapons: Arms and Armour from Prehistory to the Age of Chivalry in 1960. The system is a continuation of Jan Petersen's typology of the Viking sword, introduce... 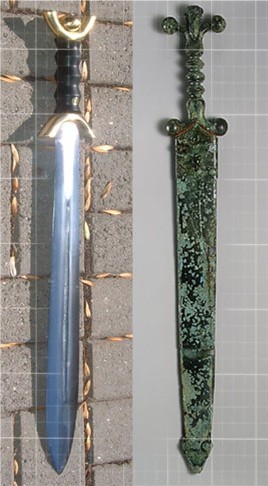 It is true that Tusk’s sword seems a bit exaggerated, but it’s really just an upscale version of swords that already exist. Most big swords seemed relatively thin, even if you take into account their actual thickness (I’ve got a 2 handed display sword about as thick as my arm that we got from a catalog a while back, but you can’t tell since its as tall as I am) because making a large, thick sword would be very taxing on a real human. However, seeing as Tusk is not only a Killer Instinct character but also a man who’s hardy enough to be standing around shirtless in the middle of the artic with back muscles the size of a small bear, I think it can be forgiven if the sword is bulkier than a realistic sword.
Though, there are real swords that dwarf Tusk himself size. If I remember right, there was a Scott named Maxwell born with gigantism who wielded a claymore that was 7 1/2 feet in length.

Lol they can also take a look at that Nipple, and at that Back Muscle.

The sword is exaggerated but one thing that sets it apart from most anime is that Tusk looks like he can actually wield it, he’s a huge ripped barbarian not a 90 pound school girl or an angsty pretty boy you see in most anime and JRPG’s.

in love with those tattered shorts/ plaid cloth

They would look good on my bedroom floor.