For those of us that enjoyed Lords of the Fallen and of course dark Souls and Bloodborne. Check out The Surge this January or February for a Fallout meets Dark Souls RPG. I think its going to be great! 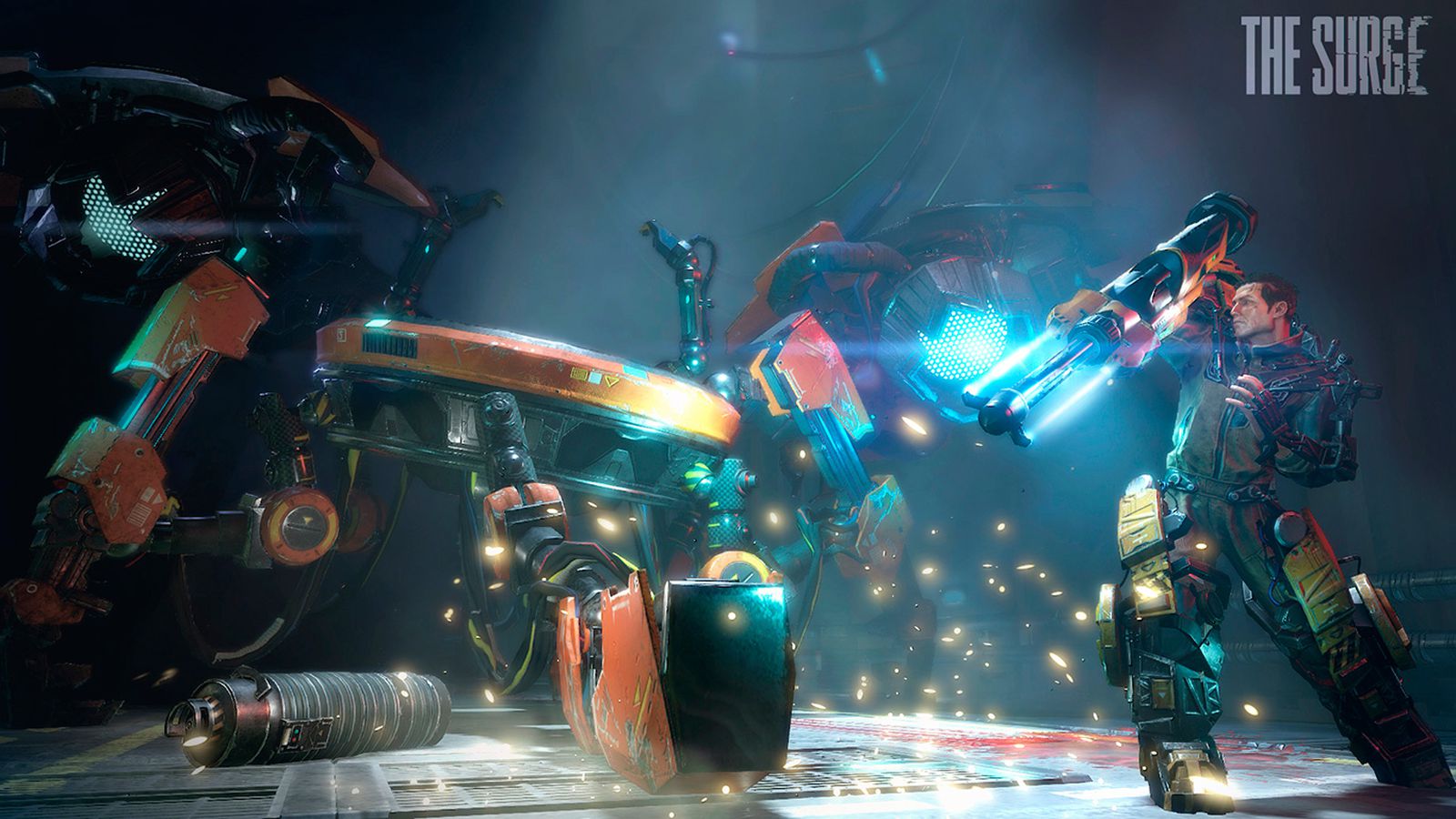 Hey man, this game is $24 with gold this month on Xbox. Have you played it? Is it any good?

Have I played it? LOL… I was the only person in my city to pre-order it LOL…Yeah man I had been following that game for a year. Its awesome! If you like Dark souls 1 and 3 and if you liked Lords of the Fallen you will enjoy the surge. Its really hard though… boss dont ■■■ around! Let me know if you need any tips or help. Please buy the game! It has a 4K upgrade too for the X and on PS it has a 60 frame mode and a 4K mode. I prefer the 60 frame mode.

I was checking out gears 4 and there’s no doubt in my mind that I would rather have 60 fps at 1080 than 30 @ 4k. At normal tv distances the resolution is discernible but not nearly as obvious as the frame rate.

I’ve been playing Forza 7 though and because I sit a little close that game is amazing at 4k 60fps. It’s unreal.

So you are playing on the XBX? Im getting an X tonight. Just transferring all my games from internal to external drive so I can trade in my Xbox.

Yeah IMO the action games at 4K doesnt really look that much better than the “action mode” at 60 frames.

Yes you need the surge… you will like it being its all about Scientist trying to “heal” planet earth by launching these rockets into the atmosphere with some sort of Nano technology. But somehow it back fires and the nanos get into people brains and makes them crazy. You wear a tech suit to make you stronger and faster to “work” at the plant. Like human fork lifts and welding rods as weapons.

Its a great game and story…very challenging. Its not as hard as Cup head or anything. lol Just Dark Souls type challenging.

Yeah I got an X. It is fantastic for Forza 7. For everything else I would say it’s just okay. KI looks super sharp and good but I don’t really know that it’s noticeable in the heat of battle. Certainly it’s noticeable in character select and the load times are a bit improved. The HDR is hit and miss. The tv has great contrast anyway and if you do the direct comparison (I have the old Xbox hooked up so I can flip back and forth) you can tell the difference in Injustice 2. But is it so great I would tell someone to upgrade for it? Probably not.

I hope you like it. The box itself is compact, heavy and very solid. Some little things - like the damn USB on the front instead of the side, make me happy to have it.

I just hooked mine up and IM playing Injustice 2 now. But I cant understand if the “4K enhanced games” have updated to the larger file. I dont recall updating any of those games in the last week or so. IM not sure if IM running the new enhanced files for Injustice or KI. IM trying to research on line to see file size ect…and i cant find anything.

SO far everything is running fast and looks great. I dont have HDR10 though.

You can update the games on the old xbox;'s prior to hooking up your X but like i said I cant tell if that happened or not.

Usually it’s just included in the last patch. They don’t necessarily add new textures so they may not have any additional file size at all. Injustice just has better old times and HDR. You cN definitely see that it looks better if you flip back and forth. But not so much better that I would tell you to go get an HDR tv for it.

Ugh. This game is killing me.

LOL… where are you? Its definitely hard at first…just like Dark Souls and Bloodborne… it takes a few areas before you have enough weapons and healing options to really wreck some shitt and feel like you can stand toe to toe with the enemies…but until then it can be an up hill battle. Wait till you get to the 3rd area with the assembly lines, blood hounds, tri pod bots and the 6 arm car building assembly line BOSS…O M G… Ir aged the F out in that area…but once I beat it it felt sooo rewarding!

Please use this guide if you get stuck or discouraged. This is the guide I used to help me get through and find the hard to find gear and injectables.

Walkthrough - The Surge: IGN's The Surge complete strategy guide and walkthrough will lead you through every step of The Surge from the title screen to the final credits, inc...

I think I’m there. It’s after you beat the first boss and you take the train. I can get to the digs but not dent them. Same with the three wheeled welder bot things. I can occasionally exploit one into a stairwell or something but they just don’t die for hours…

You have to knock off their tails. The tri pod bots really are not worth fighting…Id just run past them if you can.
Yeah you are in the best area now IMO… its so tough O MG but so rewarding. The yellow drone that shoots forward like aria is the best IMO. You that to get hard knock down and attack on wake up.

I’m having trouble streaming this. It seems to go all scrambled. Do you have any insight?

An in Twitch stream? Nah man… I streamed it on PS4 and had no issues. Maybe your quility setting has changed in the twitch menu? Or on your XBX settings?

I tried all that. I don’t know if it’s the game or the OneX. I will try streaming something else tonight. But when I try to close out the program for The Surge I get dumped to a black screen sometimes too.

ill check the surge FB page and forum to see if there is nay others having the same issue.

I AGREE…Its def evil and can cause problems in a young relationship. Luckily i dont have that prob and dont really get on much. I just scroll through when im bored. But i stay out of ppls drama for sure.

Dude! the start of CREO at ford motor company!

Ford Motor Company has released new technology to help assembly line workers deal with the physical toll of the job.

How am I supposed to fight these dogs? It literally wakes up, tail flips (80%) damage, then runs around hitting me and I can’t get a hit in. I have 9 heal items and I use them all without even getting a hit in.