The Quest for War-Gram: A Skyrim Story

I’ll be getting this somewhere down the line, ideally this year. And I’m not making the mistake of getting this on PS4 like I did with FO4 now that I know the limitations it puts on mods.

From the impressions I’ve been hearing the load times are now no longer than 15 seconds (down from 40 seconds in the last-gen version), which is a big improvement. The new graphics look good, too. Ugh, I need to stop thinking before I hype myself up too much…

I don’t recall all that well since i hardly ever used magic, but was there a spell that debuffed enemies? If so: Keits build, nerf everything! 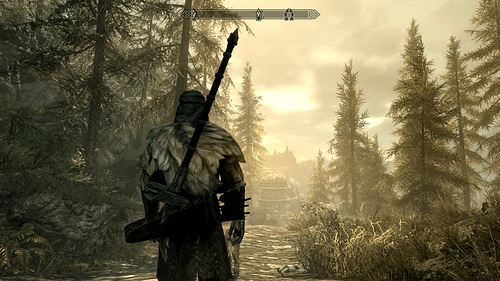 I messed up my first screen shot so I’ll have to get a good face shot up later, but I got a few hours of play in with the new mods and MAN does it make the game more dynamic. The screen above shows some of the gear I ended up with part way through the seesion, where I’m now wearing light fur armor, a cape, and an Akavir head wrap (those were things I found in my travels to help keep me warm).

With the new Frostfall mod, my character has to actually survive the wilderness, which is a GREAT addition to the game. I, Tusk, HAD to actually take shelter while traveling to and from an objective in order to not succumb to the elements, and I had a hell of a time surviving my first night after leaving my first in.

Anyway, I want to / hope to keep going and keep taking screens of my progress. This should be a fun adventure! 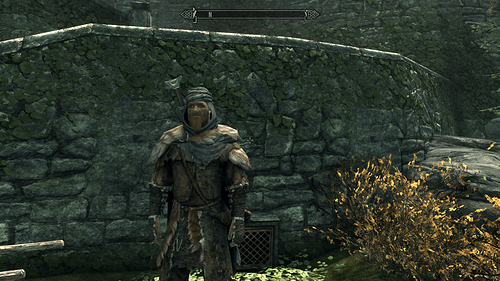