My personal favorite magical archer ever created anywhere ever. There were a good handful of choices I liked from teh poll. Archer must have been around 3 or 4 i think on my vote. The original thief is the reason why. I loved that game when it first came out and just bought the sequel on steam for 1.50$. I’d love a magical archer in KI. 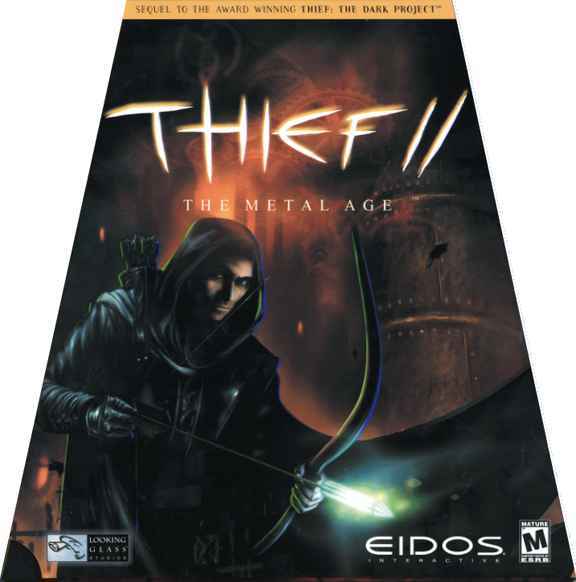 Maybe somewhere in the lines of…

If they could merge the magical archer and gorgon archetypes into one character, I would have the biggest joygasm in my life. 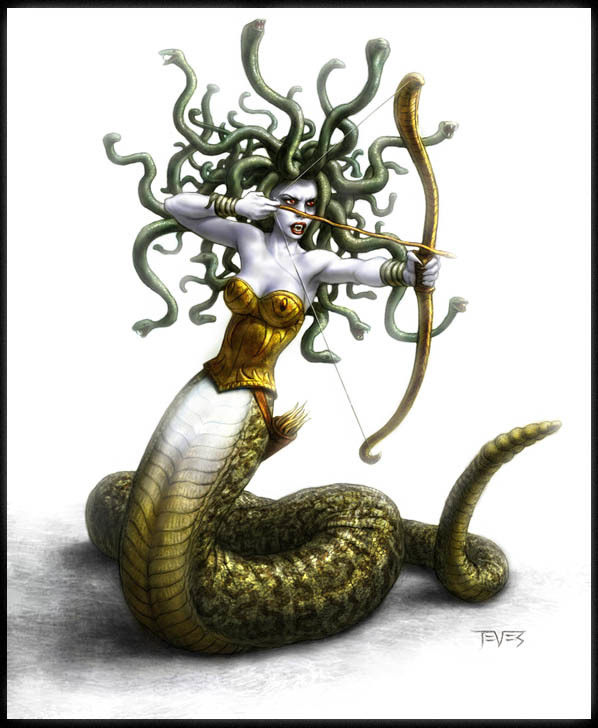 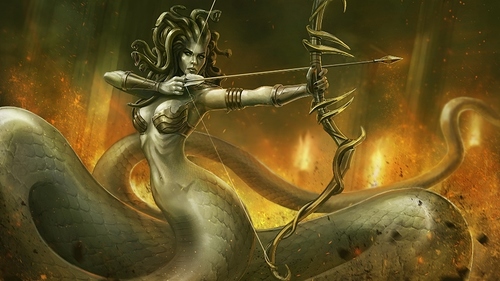 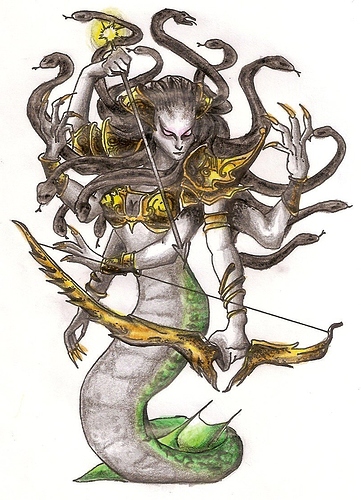 There is only one Magical Archer… 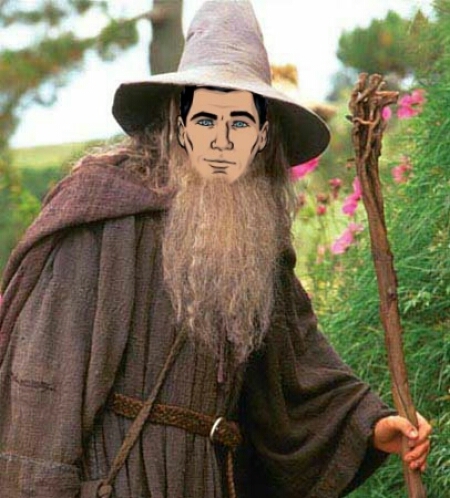 Bad joke bad joke!
All I did was throw Archer’s face on Gandalf!
Please don’t taze me!

Anyone else notice that… no matter how paper-bag headed a gorgon is, or who creates her, or whatever her design is…

she’s always got such wonderful… 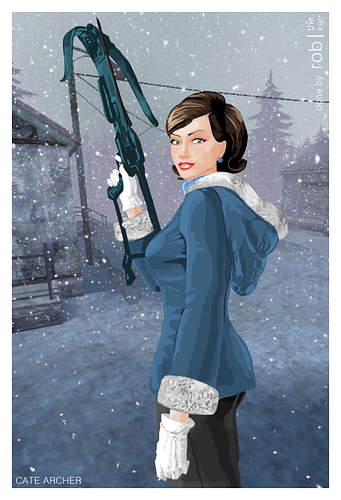 It would be fun to see the gorgon go flying like a rubber snake in flip outs and ultra Enders. YES 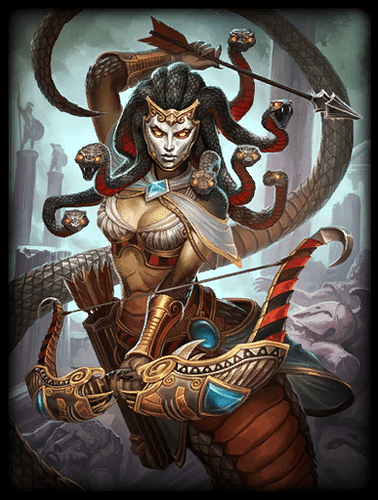 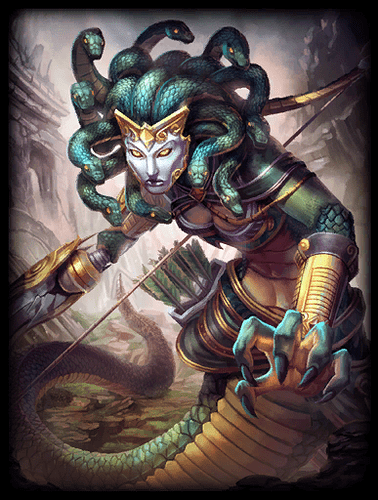 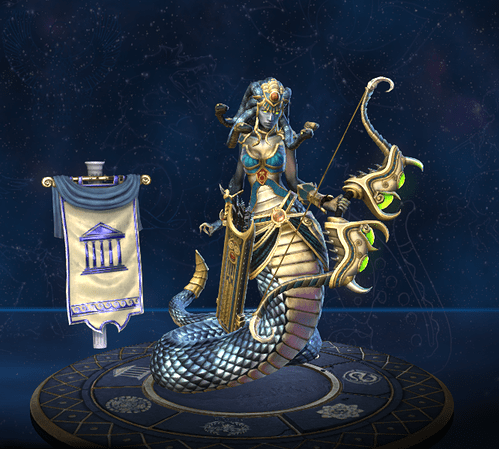 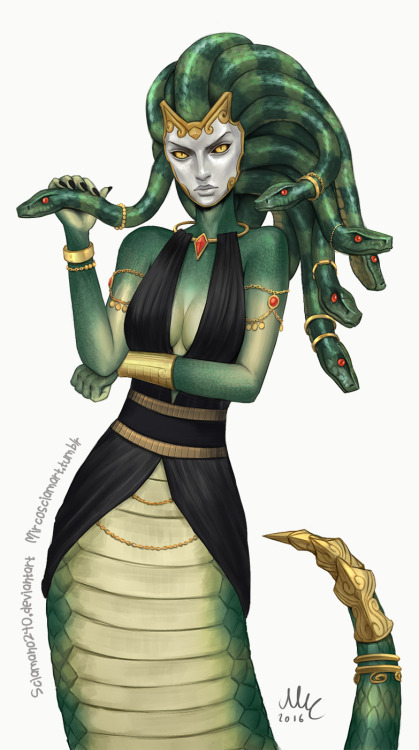 Also on a separate note: I see a lot of renditions of Medusa/Gorgon with a bow. Is that actually from the real life mythology? I always thought she was all about the petrifying Fugly-Face gaze only.

It started with God of war games as far as I know.
Unless there was a movie that introduced her with a bow before-

theres a medusa in dota 2 as well, but i do believe her wielding a bow and arrow is a modern representation

It started with God of war games as far as I know. Unless there was a movie that introduced her with a bow before-

Snake person that uses a bow…

You could say it goes back as far as Thulsa Doom in Conan the Barbarian, but I’m sure there is probably some ancient mythology involving gorgons that is likely the root source for the idea.

Check out XCOM 2. The game is considered a masterpiece in the strategy genre and has a kind of gorgon type of alien with plasma rifles (and excellent Halo mods).

She wasn’t an archer in the original myth.
I think that trend started with Ray Harryhausen’s depiction of her in the 1981 movie “Clash of the Titans”, where she inherited both the bow and arrows and her lower serpetine body (in ancient mythology she had a human body).
Harryhausen was also the guy who animated the skeleton warriors that inspired Spinal, in “Jason and the Argonauts”, and the cyclops that inspired Eyedol, in “the 7th Voyage of Sinbad”. Many modern-day representations of mythological creatures are influenced by Harryhausen’s works. 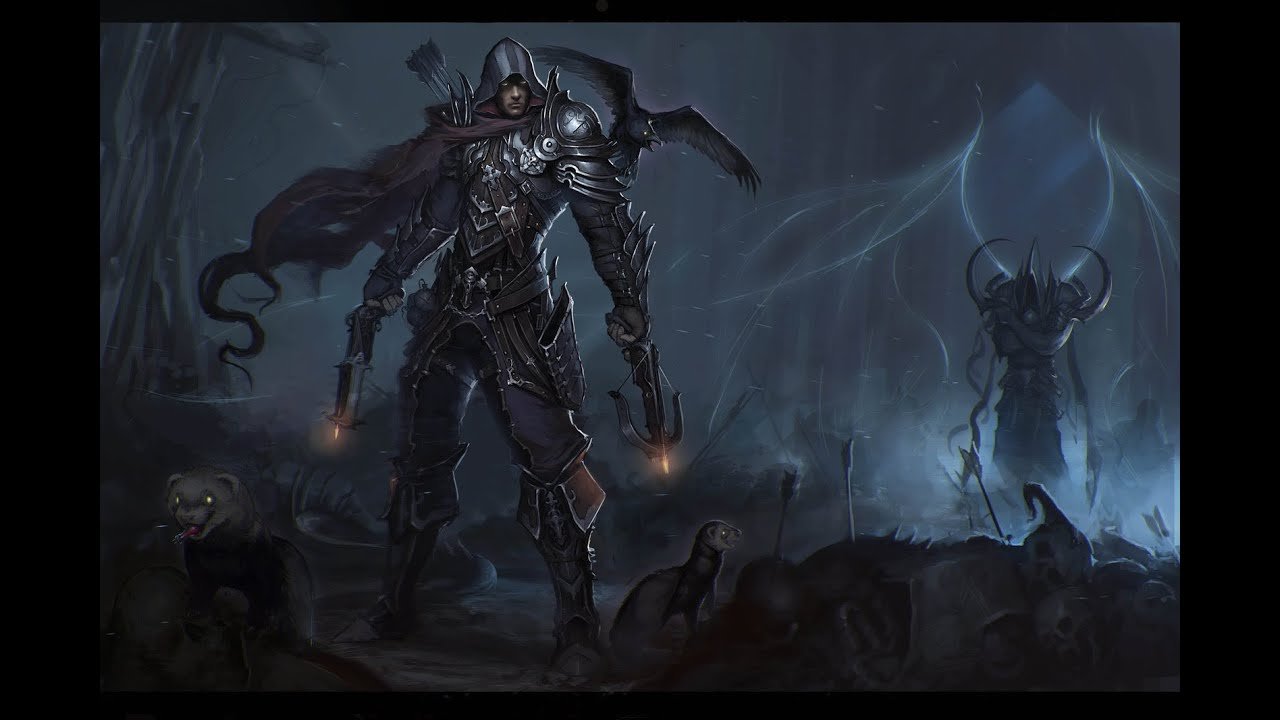 Just in a modernized armour, but I like the overall style of the Demon Hunter in Diablo 3.

I think this means we need a Kraken character too! A magical archer Kraken female capoeira master… yes… only that will do (Shatter ponders with passionate might) 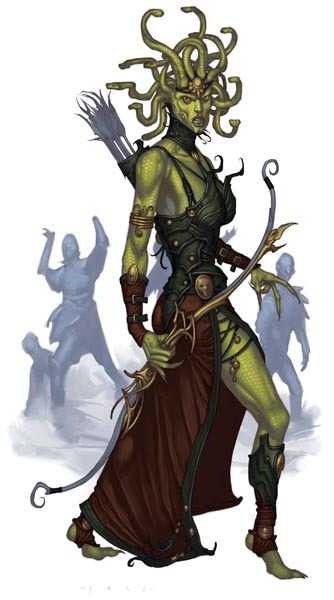 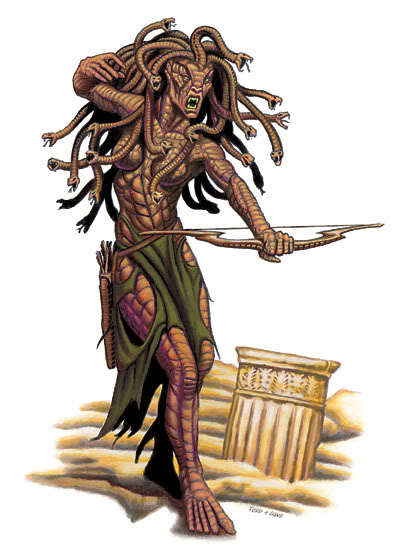 Oh yeah! Was always a fan of the DnD medusa design.