They really are beautiful- such a contrast to tigers 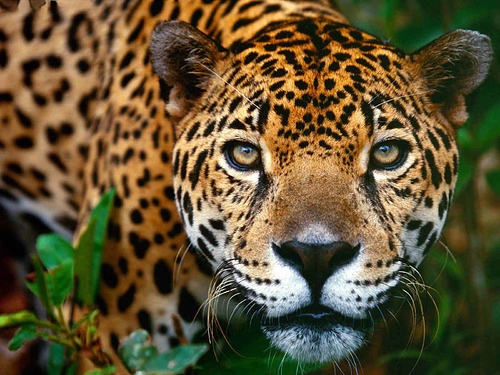 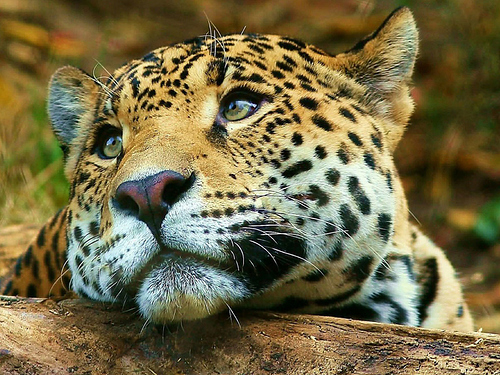 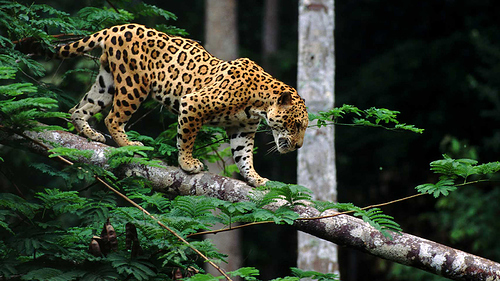 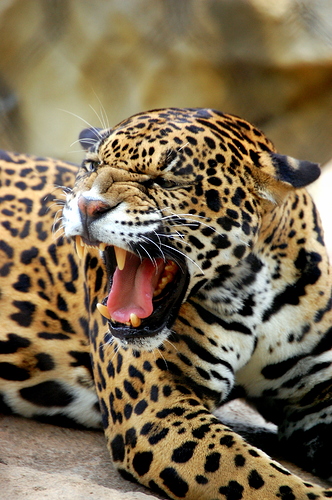 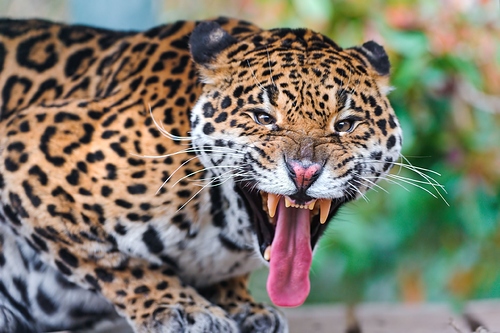 . It is strongly associated with the presence of water and is notable, along with the tiger, as a feline that enjoys swimming. The jaguar is a largely solitary, stalk-and-ambush predator, and is opportunistic in prey selection. It is also an apex and keystone predator, playing an important role in stabilizing ecosystems and regulating the populations of prey species. The jaguar has developed an exceptionally powerful bite, even relative to the other big cats. This allows it to pierce the shells of armoured reptiles and to employ an unusual killing method: it bites directly through the skull of prey between the ears to deliver a fatal blow to the brain.

A short and stocky limb structure makes the jaguar adept at climbing, crawling and swimming. The head is robust and the jaw extremely powerful. It has been suggested that the jaguar has the strongest bite of all felids, and the second strongest of all mammals; this strength is an adaptation that allows the jaguar to pierce turtle shells. A comparative study of bite force adjusted for body size ranked it as the top felid, alongside the clouded leopard and ahead of the lion and tiger. It has been reported that “an individual jaguar can drag a 360 kg (800 lb) bull 8 m (25 ft) in its jaws and pulverize the heaviest bones”. The jaguar hunts wild animals weighing up to 300 kilograms (660 lb) in dense jungle, and its short and sturdy physique is thus an adaptation to its prey and environment.
Like the other big cats, the jaguar is capable of roaring (the male more powerfully) and does so to warn territorial and mating competitors away; intensive bouts of counter-calling between individuals have been observed in the wild. Their roar often resembles a repetitive cough, and they may also vocalize mews and grunts. Mating fights between males occur, but are rare, and aggression avoidance behaviour has been observed in the wild. When it occurs, conflict is typically over territory: a male’s range may encompass that of two or three females, and he will not tolerate intrusions by other adult males.

`While the jaguar employs the deep-throat bite-and-suffocation technique typical among Panthera, it prefers a killing method unique amongst cats: it pierces directly through the temporal bones of the skull between the ears of prey (especially the Capybara ) with its canine teeth , piercing the brain. This may be an adaptation to “cracking open” turtle shells; following the late Pleistocene extinctions, armoured reptiles such as turtles would have formed an abundant prey base for the jaguar. The skull bite is employed with mammals in particular; with reptiles such as caiman, the jaguar may leap on to the back of the prey and sever the cervical vertebrae, immobilizing the target. While capable of cracking turtle shells, the jaguar may simply reach into the shell and scoop out the flesh. With prey such as dogs, a paw swipe to crush the skull may be sufficient.
The jaguar is a stalk-and-ambush rather than a chase predator. The cat will walk slowly down forest paths, listening for and stalking prey before rushing or ambushing. The jaguar attacks from cover and usually from a target’s blind spot with a quick pounce; the species’ ambushing abilities are considered nearly peerless in the animal kingdom by both indigenous people and field researchers, and are probably a product of its role as an apex predator in several different environments. The ambush may include leaping into water after prey, as a jaguar is quite capable of carrying a large kill while swimming; its strength is such that carcasses as large as a heifer can be hauled up a tree to avoid flood levels.
On killing prey, the jaguar will drag the carcass to a thicket or other secluded spot. It begins eating at the neck and chest, rather than the midsection. The heart and lungs are consumed, followed by the shoulders.

I’d say orchids ultimate could be amazingly energy-based or stealth- infused like psylocke sin her x-men: next dimension super move- multiple attacks from the mind and a final firecat blow from the shadows wow

Thanks for sharing. They are beautiful and impressive animals, and I learned a bit from the text here.

Maya could have a no mercy called “Onça Pintada” since its a native brazilian animal. Remember: there are no elephants in Brazil. The jaguar should feature city of dawn due to its majesty.

Jaguars can take down crocodiles. It’s crazy how powerful their bite is.

I’m not sure where this came from, but big cats are cool.
Jaguars are pretty unique among cats. It’s pretty rad. We actually occasionally get them in the states in the southern most parts of Arizona and Texas.

Another example of awesome cat mouths is the Clouded Leopard. They’ve got the biggest teeth relative to their size of any cat. Their canines can reach around 4 inches in length (as long as an adult tiger) even though they’re about a 3rd of the body size. They’re actually not considered true members of Panthera. Their teeth are so huge they’re believed to be closer related to the Sabre tooth cats than any modern species (because the roots of their teeth actually reach their eye sockets). 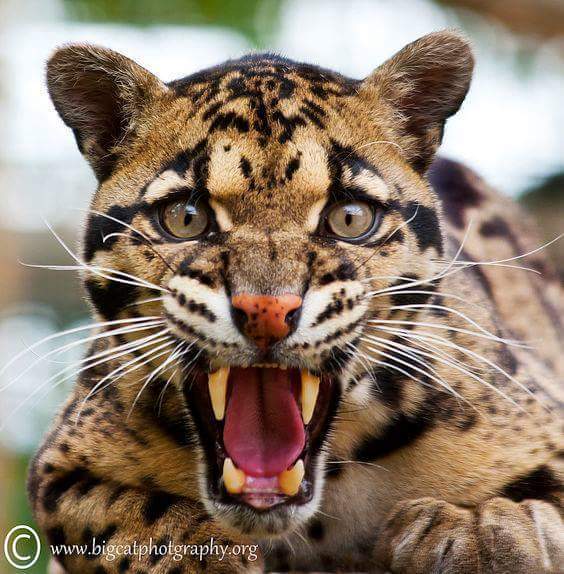 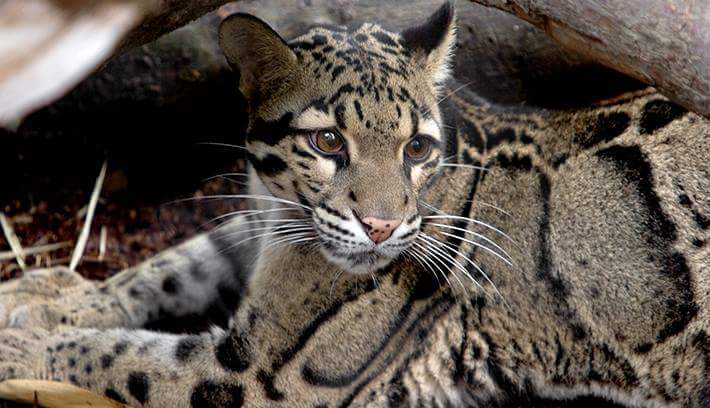 Or Filipina for that particular matter

Now imagine if Orchid has her very OWN real, living, breathing jaguar at AND by her side

I could see her being a jaguar queen of sorts, still being able to transform into a fire-emblazed one herself …

A bit reaching but it’s plausible- who knows maybe a backstory that fully explores may even have her a destiny child like Kim , a descendant of jaguar queens