I’ve done this with Xbox One upload studio so it’s limited in many ways, I’m sorry about that

At least I can give just some ideas to other players interested in Sabrewulf, who can later explore his tools to solve some match up problems.

These are very little things that maybe some players that aren’t aware of or haven’t find time to lab may find useful. I’m not a very technical player that much, I would like to solve this by playing by heart alone but I need to go to the lab and try things to find wayt to defend myself. And also training is fun to look for the best combos for you and explore your own style of fighting

.
Hope this can help anyone in some way or at least encourage new Sabrewulf players to find other stuff to try out and anything else that helps them to deal with all the characters of the cast.

This one it’s not about pressure, but other things.

Remember tere are also more videos in this same forums of how to apply pressure with Wulf. So check them out =D (Tonyathome made some cool videos about that).

Ok, I’ll write a description for what you can see in the video below:

Some tips for Wulf:

Wulf’s stagger covers some nice distance and it’s cute for people trying to…for instance, backdashing in the corner.
It’s not a positive button, but it can have different uses as you can see in the video (2:12)

Flip outs on the other hand are a mix up tool after a launcher. You can do many mix ups with it, from an overpower (which I forgot to include in the video) to lows, throws, dashes…Just be creative. See what works best for you and against your opponent options (2:25)

Anti Air tools (3:34)
cr. HK: Very nice AA button. Don’t let them obviously jump at you. This is a basic thing in every figthing game. When you start playing any F.game and pick a character you shoud think “hmm, which buttons/ command / special can I use for anti airing?”. Ok, here you have one, use it, it will come in handy.

Eclipse: Ok, consider this is not an invincible move and that the hitbox doesn’t match the visual effect in the screen

however is still a veeery nice move. Unlike cr.HK it hasn’t got many active frames, but in the start up is faster (specially the light version, which is 3 frames). Eclipse, when properly timed, it’s one of the best not invincible anti airs out there ( okok, surely not even as good as the old dp Wulf had in KI2, I’ll give you that

So, you like being a bit risky on your reads or just try it for fun and see if your opponent says “Oh not this kind of ‘stuff’ please, WULF IS BROKEN”. Which we know it’s not true. Because some reads, as simple as they are, require reflexes and timing. Ok, like everything in fighting games

most of the time

So lets see this along with some match up tips.

Dashing through wake up dps

Yes, you can dash through certain dps, not all. But here some examples (0:07)

Yes, people use it with Wulf, because he can and it’s one of his treats. It can be useful if you think an overhead it’s comming. You can even dash forward Wulf overpower if they miss their timing

). A perfect example is dashing thorugh Jago’s overhead. (1:47)
As you can see the overhead it’s not fast enough and that lets you even to wake up light eclipse or mash something. Have done this against Spinal too.
However I’m not sure if this is all messed timing…So don’t rely much on it, just as a risky read.
And a warning: dashing forward thorugh Rash’s overhead when Wulf is in the corner it’s not a great idea. The toad may catch him either way.

Punishing some neutral jumps with st.HP (2:03)

This normal reminds me of that one Wulf had in KI2, however is not that strong. Still is good to punish some jumps in the right situation. I found it useful in this Kan Ra match up. But if you want to guarantee a hit maybe eclipse could be a better choice.

Spinal: Just trying to punish his overhead attemp with simple buttons. Started with the idea of shadhing through it but honestly it seems too risky. Trying to punish his approach with safer buttons seems to be a better idea. (2:29)

A tip for fighting aganos.

Use shadow leap slash to punish the stomp if you’re within range.

One for fighting omen. He can’t abuse normal into fireball vs wulf
There’s gaps in between his fireball pressure. Wulf can simply mash sweep to get a trade in his favor of omen is trying to abuse it.

Another one ive seen for cinder(as well as Maya). Wulf’s forward dash can be timed to beat their wake ups. Though it takes a bit of practice.

***
If any other Wulf wants to corroborate/suggest or participate is very welcome.

I was aware about the dash against Cinder and Glacius, but never tried it against Maya (maybe because meaties beats her QCB K) .

About the Aganos punish still not that easy. I mean, I know it’s viable, but I’m doubting of my advantages when he has his armour completed. I thought I could punish him from a little farther, but I think I can not get it every time. Will check it and practice more later.

And the Omen, I don’t know if that’s what you were talking about. I usually try to press buttons looking for the gaps. I tried normal medium fireball normal. however it’s kind of hard recording it the way I want, heh. he is a challenge itself. But the main issue to me is how good is the player with him. Same as Jago, is a MU I practiced more than others and I feel more comfortable with.

Sorry I havent had my computer for a bit, it’s been in the shop getting upgraded

I LOVE THIS POST! I never knew that you could dach through Cinders and Mayas DP’s! This certainly is a revelation! lol. About the Aganos stomp… would it be possible to take a step forward after block and use st. HK? would it punish button presses and a throw attempt and also ignore his armor to lead to a combo? If not, would we recover fast enough to at least block a normal in time?

would it be possible to take a step forward after block and use st. HK?

It’s hard. Maybe overpower could be better and will leave you in advantage, to bait throws for instance.
You can try sweep, but it’s tricky, different from Glacius. Aganos can crush lows with that button.

Added some Riptors MU tips today =)
I added them in the end of the first post in this same thread.

One for fighting omen. He can’t abuse normal into fireball vs wulf
There’s gaps in between his fireball pressure. Wulf can simply mash sweep to get a trade in his favor of omen is trying to abuse it. 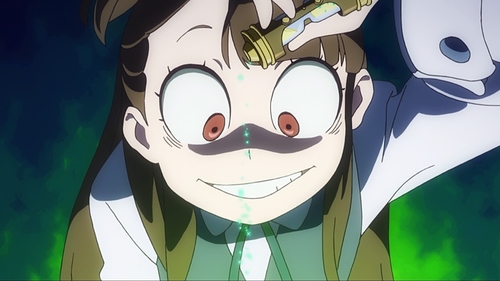 I’m sure. But any time there’s a situation in a bad match up that can be solved with Mash Sweep, it automatically becomes more fun in the eyes of the Fwuf

I had an Omen pretty much dead tonight (almost magic pixel) but then he got me with demonic despair and got a combo (with firewall slide, little lag, couldn’t react). 82% of my life gone and comeback for him :’(
It was a cool match though.

That match is hard. But Still I can say I prefer it over other characters. Maybe because I’m more used to it.

Dont feel bad @MaruMDQ, he beats my ■■■ all the time lol. Same with you actually! Your wulf is freaking amazing!! I cant even begin to fathom how I got you on your second life bar. Maybe I should give myself a bit more credit… but that doesnt mean I dont have a lot to learn. TEACH ME MARU SENPAI!!! lol

Same with you actually! Your wulf is freaking amazing!! I cant even begin to fathom how I got you on your second life bar.

You did very good! Your Wulf is no joke Sir

Just use some more buttons to pressure Wulf (or anyone else) =), he has them!. You got me nice with the dash through cr.lights. But after some reads I was expecting it and could counter it (however dashing through is powerful online since it’s not easy to react to).

Also you surprised me with overpower meaty. However I prefer to use it depending on the situation and more as a pressure tool during neutral and less in wake up game (there are ways to deal with it, but is still good to scare or make people nervious and bait stuff in their wake up).
I eat a lot of overheads, but that has to do with my reflexes being rusty (#grounupwomanslowreactions

Dont feel bad @MaruMDQ, he beats my ■■■ all the time lol

Remember the second Omen player? that was my boyfriend. It was a close match but I still made a lot of mistakes. I misstimed all the eclipses because they bait them all. Very good adaptation from both Omen players.
About the demonic despair I ate for a 81% damage…Well, I didn’t hold block enough, I was expecting to block the fireballs and punish with throw

The first Omen played a bit different from my boyfriend. My main mistake in that fight was not punishing with shadow counter his forward HP which wasn’t being covered by a fireball and that I aproached he match thinking he was going to play like other Omens. However…Demonic Despair, that’s it LOL.

Maybe some of these tips can help

Thanks a lot this helps as a Sabrewulf and riptor main.