So if Windows 10 ver has FREE online play, why do we need Xbox live sub to play on X1?

Xbox is becoming a joke

PC players can play SFV free online and PS4 have to use Plus so PS is a joke too I guess.

I am not even going to input my $.02 any further into this because no matter what it isn’t changing anytime soon. Everyone needs to rant somewhere right?

You can’t play online at all without gold on Xbox One. You also get 2 free Xbox One games a month and 2 free 360 games a month.

Also we do not know the state of the PC port. It can be bad. If so let the Pc players play online free. Console gaming and Pc gaming have different audiences.

Thats just one game tho, and its not even a PS franchise, im sure all Xbox franchises with online multiplayer going to Win 10 will have free online, yet x1 user still have to pay

Its a joke no matter how you look at it

Also another joke is how the only part of KI that has a population is lobby mode, Ranked and Player have been DEAD since launch, its so much fun having to wait and spectate to play

This is one of the more irksome things about the PC gaming situation I don’t like. It does bother me that KI on PC won’t have a pay system like the Xbox One does with its Live subscription model. I’ve been an Xbox member for over 10 years, and I sort of feel a little cheated on this because it’s not just KI but a lot of their multi platform games having free online for the PC like Halo 2 and Gears of War, and if you ever find an answer to this question let me know, because I don’t really have an honest answer justifying this reasoning.

Maybe the fee goes to server upkeep, maybe it’s the reason we get 2 free games a month on X1 and X360, and maybe there are other ways the $60/year I pay is justified. I don’t know what those ways are though, and a little clarity on the issue would be helpful.

This problem of course is bigger than IG though, so I don’t hold them accountable for the PC version free online. I just want to know what MS says that justifies this model.

Ranked and player is dead? But I can find matches all day…looks at profile. 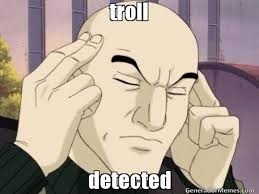 Piff prove it champ, the matchmaking is straight garbage, maybe it works better in your country, def not in australasia

SFV isn’t the only game on PS that is PC crossplay.

So when a game comes out on both consoles and is crossplay with all 3 people will cry that PS doesn’t have to pay for Gold?

It sucks but it is how it has always been and PC space makes way more money than consoles so they can more than afford it.

*The PC release will probably help in your case.

@developers Can this go to off topic? This seems more like a concern about Windows 10 users not having to pay for gold in general than KI.

And @DrGreenThumbNZ Just because you get bad connection in Australia doesn’t mean that a game is dead. The games connection is a completely different topic, so dont use it to support your argument about this topic. Keep the discussion clean, and on-topic, and you may find some answers.

Never heard of a country called Australasia - is that somewhere between Australia and Asia?

I’m not concerned about this in the least bit, because I’ve NEVER had any trouble finding matches in ANY mode (usually find someone within 10 seconds to a minute), but then again, I live in Florida, so there’s plenty of people within my region to play against, so I digress.

As for Win10 being free and XBL not being free, while true, the argument you’re making is NOT a new 1 - it’s been argued for YEARS! The thing is though, with XBL, it’s much easier to make friends and connect to them, as well as communicate with them. It also ensures stability (for the most part), unlike many PC games that may suffer from performance issues because they don’t necessarily sync to your PC’s specs - if you buy a game for the console, it’s virtually guaranteed to work. Furthermore, as others have also said, there are certain benefits and exclusives as well - of which the free Games with Gold promotion is just one. Games like Halo 5 and Forza Motorsport are an example of something else that you can’t get on PC (yet). There are even benefits to playing certain PC games on the console - for example, there are certain features you can get in the XB1 version of Rocket League that you can’t get anywhere else on top of the fact that you can get the entire game, DLC included, for the same price that PC players paid for the PC version. Besides, XBL is only $60 a year, with many deals that can reduce that to almost half-price, so it hardly breaks the bank (since it’s only the price of 1 new game each year) - for 24 free games a year alone, I’d say that’s more than fair. Oh, and I almost forgot, XBL is the ONLY place where you can take advantage of EA Access, which has its own set of exclusive deals and free games through its vault - so far, since its inception, that alone has added at LEAST 12 free games to my own library. Even better, they’re not budget titles either, but great games like Titanfall, Need for Speed, Madden, FIFA, Plants vs. Zombies Garden Warfare, Peggle, and so on…

I suspect you may have just been joking when you had never heard of Australasia, but just in case you were wondering, Australasia refers to a number of different countries including Australia, New Zealand, the island of New Guinea, and neighbouring islands in the Pacific Ocean. I think the word came about as an amalgamation of Australia and a few Asian countries!

Sure, but why not be more specific? Australasia is a whole hemisphere in itself. Why not narrow it downn a bit more? It’s not like naming a whole country is going to give up your identity or anything…

The truth is that MS doesn’t control the PC ecosystem, if people were forced to pay to play that one game they’ll simply move to another game because they have choice.

PC gamers are committed to their platform and they’ll never settle for one company to control it, that’s the whole purpose of the pc, flexibility and choice.

It doesn’t mean it’ll never happen but first MS has to show commitment and support, once they gain trust and prove the value they might be able to charge for XBL to enable cross play.

I would be willing to pay 10/20$ more per year if it gave me access to my xbox library on pc and enable crossplay.

You gotta adapt to your market.

It might be something common in your area but outside of there I can assure you it’s unheard of. At least not in North America.

Its political: PC gamers are notoriously unwilling to pay for the server infrastructure they make use of, so developers, publishers and Valve are forced to amortize the costs onto other (in the games industry, already strained) revenue streams. It’ll probably be the first thing to go when the AAA bubble finally pops and they’re forced to cut costs, too.

The point about PC gamers being able to spread themselves out across many vendors is also salient: you can’t really get away with charging much of a subscription for a quarter of a user’s collection. There’s no reason (other than furious uproar from entitled gamers) why Valve couldn’t phase this in starting with games released tomorrow, though, seeing as though the typical PC gamer in practice gamers overwhelmingly congregate on Steam.

Other thing of note: depending on where all this talk of decoupling the Xbox platform from the Xbox hardware goes, Microsoft might or might not even be capable of pointing to a good platform separator between Gold subscribers and the unwashed PC masses, so they might be forced to charge either everyone or no-one for online play. It’d also be sweet revenge against Sony to be able to run the “we don’t force gamers to pay to use their own internet” line against them, so it’s vaguely possible that the subscription requirement might have an outside possibility of possibly ending.

It sucks but it is how it has always been and PC space makes way more money than consoles so they can more than afford it.

Could you corroborate this at all? My intuition says otherwise.

It might be something common in your area but outside of there I can assure you it’s unheard of. At least not in North America.

North American ignorant of global geographic regions? In other news, the sun rises in the east.

Could you corroborate this at all? My intuition says otherwise.

This is just regarding game sales. Now that PCs are making just as many sales in games as all consoles combined. Realize almost every single school, business, state and federal buildings have computers. Majority of homes across the world whether whole families with children or individuals most of them have a PC or laptop.

I was never talking software, hardware wise if you think consoles sell more then PCs around the world… well idk what to tell you.