So apparently, Tokido is picking up Killer Instinct 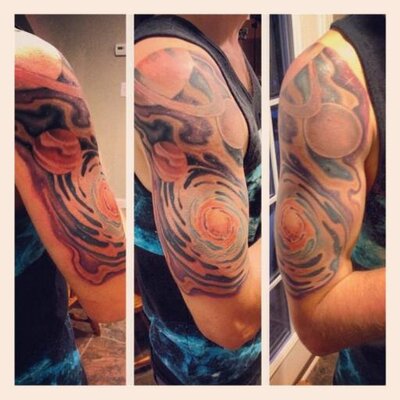 @TheKeits https://t.co/otasGnxiaa ahh proof! Says he will learn it with Evo 2016 in mind?? Interesting!

I hope Tokido sticks it out and plays Killer Instinct.

It’d be cool if he ends up sticking with it.

I saw this yesterday. I still want to know what he actually says. Can anyone translate any of it?

Maybe @BoJima404 might be able to shed some light on this???

Just watched a few minutes of the chat these guys are having. Haven’t checked out everything yet as they talk more than just KI after a while. Anyway, very loosely translated…

The three of them are discussing at some point what they are playing these days. Tokido talks about him trying out KI. Apparently, he also introduced KI to Mago at some point and is showing him some stuff as well. Even though Mago is less fond of KI than Tokido at this moment, but calls it an interesting game.

Tokido starts off the conversation saying that to play KI there are some hurdles for Japanese players to overcome. He cannot 100% recommend KI from an availability/accessibility point of view as he has to mention that it is currently only on one single platform: XB1, and that the XB1 is still quite pricey in Japan. Even up until this day both the PS4 and XB1 remain at a high price level in JPN, they lament. Mago, on the far left, asks again if it is on PS4 (

). Tokido explains not on PS4 and not on Steam. Only XB1.

They ask Tokido how KI works. So he gives an example of a common SFIV combo, but doesn’t name the character. But it’s likely a combo for Akuma from what I understand. Tokido then says that this wouldn’t work in KI as you would get your combo broken. (Mago yells “c-C-Combo breaker” at this point. And Momochi (guy in the middle ) is surprised that it makes such a sound…

Tokido goes on to explain the different strengths of your special move and the opponent’s breaker strengths and how that determines if the combo breaker will be successful or not. Btw, he is using street fighter terms and examples to explain it. He explains that linking various moves and specials together is how KI creates longer combos. Tokido then briefly goes into shadow moves and their purpose. They refer to EX moves as something similar in SF but only with more (5-)hits. ‘Bursts’ are sort of compared to both Combo Breakers and Counter Breakers. Lockouts is another topic as Tokido goes through the basics.

After some gameplay mechanics discussion, Tokido gives his opinion about what he likes about KI. Tokido likes both the game system (breakers, etc.) and character design. Tokido mentions that he is trying out Spinal at the moment.

Mago thinks the characters are evident of a more western (non Japanese) type of game and perhaps not very appealing to Japanese players. He mentions a Marvel character, who was hugely requested in the west but in Japan raises eyebrows. Further comparisons with Marvel and MK in respect to visuals are made by the three guys. Mago feels the realism or style is not very popular and a bit too dark for Japanese taste, while he understands why they are popular elsewhere in the world. Mago feels growing up in different cultures and countries from a young age impacts your tastes and that strongly affects what you like and dislike. They all agree on this last point, but still Tokido emphasizes again that HE likes the art style. The guys talk about how you have to be attracted to one specific character with MK or Marvel and you almost have to be lucky to have one such (cheerful) character in the roster. Mago also makes similar comments about KI’s music and the Japanese taste.

As for the gameplay system, Mago thinks the moves are very easy to understand and execute but the combo breaker system turns him off. He says that there is too much going on too fast and all at once. They all discuss the hard work of setting up and executing combos and then only for it to go to waste (interesting) when your opponent does a combo breaker. Especially Mago seems to see this as a negative aspect towards KI getting more popular. Tokido seems to find the ‘back and forth’ interesting and intriguing. Both Mago and Momochi continue to ask questions on mechanics. Momochi is mostly soaking it all up as he has never tried the game, while Mago tells about his brief experience. They briefly recall how Rico won EVO last year…

Tokido talks about online play. He tells the others how smooth it is. Unfortunately, few players online in Japan and after a while you will be paired up with overseas players, who are of course better and kick your a s s. Inviting friends (to get similar levels) is the way to go he advises Japanese players. Probably this stream was done last year, because Tokido shares with the others that next year (2016) PC version is to be released. Mago notes that this will be a cheaper option for Japanese FG players. (I couldn’t quite hear clearly but I think Tokido anticipates the increase of KI players with a PC release and therefore wanted to start earlier, hence the reason that he bought an XB1).

Tokido says he wants the two guys to try KI (or try KI more in Mago’s case). He also is looking for ways to train. He says how he currently only does short combos and his avg. damage output is about 20%-ish while his opponents usually get more than avg. of 30% on him. Apparently he is keen on playing more. Tokido complains to the guys how he likes to use medium linkers and medium ADs and that he gets punished by combo breakers constantly for doing so.

They mention KI a few more times afterwards here and there. I haven’t heard the part about Tokido playing KI with EVO in mind but it is probably me that missed that part. Will add new stuff later this weekend but only if it’s significant and interesting… @WandaMaximoff thnx for the compliment.

Thanks, I appreciate the translation. Sounds good news for KI.

@Rolly2891 I edited my earlier post. And added some stuff to it.

lol Bo your a ledgend!

Thank you for translating. I’m really interested in learning what else was said.

@WandaMaximoff @Ziarist if you refresh your browser a couple of time, then you will see that I am updating my earlier post. I am still watching it and I am adding a few things.

your still a legend! so shut up and just take the complement!

i dont care what hes saying but im jusyt thankful our community has someone passionate to cover and translate this kinda news for everyone!

Too dark
Too Western
Combo breakers
Not on enough systems

Lol wtf. He needs to actually play this game to mnow that combo breakers can be the opposite of wasting a combo lol.

All i can say is if he think Laura from SF5 is more appealing than ANY new character in KI then hes drunk!

Funny how he thinks the game is too westernized whereas over here I’ve heard often that KI looks like an anime fighter without airdashes.

Luckily, KI’s future doesn’t even remotely hinge on what this guy does or doesn’t play.

That’s wild that he thinks KI character designs are bland and unappealing, yet likes SF characters lol SF IMO has always had the most boring and uninteresting characters in all of the big name fighters with the exception of a few.

KI has some of the most unique character designs of all fighters IMO. KI has a Robot, Werewolf, Ice Alien, Warrior monk, bad ■■■ women with firecat, flame guy, skeleton pirate, mummy sorcerer, giant living statue/golem, a bad ■■■ female looking robot, a ghost girl, a raptor, a spider lady, a huge native american warrior, an amazonian/tarzan like lady, and some kind of blue smokey gargoyle thing with a mask on lol You just aren’t going to find such a diverse roster in any other fighter.

Just to clarify…
@Blade4693 @TheVet1978 @SithLordEDP
When you guys say ‘he’, you mean Mago, right? Mago was quite negative in his approach and comments. Tokido was real enthusiastic and constantly trying to convince mago to give KI a real serious try.

that MANGO needs a slap lol!

The other ones lovely and open!

As for the gameplay system, he thinks the moves are easy to understand but the combo breaker system turns him off. They all discuss the hard work of setting up and executing combos and then only for it to go to waste (interesting) when your opponent does a combo breaker. Especially Mago seems to see this as a negative aspect.

Yeah, these guys have been playing SFIV for 8 years. If you thought that openings were so difficult to come by, then you might have similar reservations as well. But this isn’t SFIV, and the offense is far more potent in KI.

He says how he currently only does short combos and his avg. damage output is about 20%-ish while his opponents get more.

Hm, he’s in control of both of those figures. Expected damage should probably peak at around 25-30% against strong players if he maximizes his combos, but Spinal can do well out of shorter combos and vortex play once he gets his momentum up, too.

Yeah the guy with the overall negative attitude towards KI lol

I think Tokido is just in the very early learning stages. At least, that’s the impression I got. I can only guess that the fear to be broken is why he is keeping the combos short.

You are not my father! Please dont tell me how to react and a comment followed with a LOL its meant to be with a pinch of salt its not exactly serious is it?

so please just calm down

Sure, I wasn’t really saying otherwise. Just adding some context to the record.

Please dont tell me how to react and a comment followed with a LOL its meant to be with a pinch of salt its not exactly serious is it?