Been wanting to start this since I saw his trailer, and since the Forums back up, now’s the best time. This is an incomplete list of the projectiles Rash can gobble up to gain shadow meter. Input is more than welcome as I haven’t fought every character in the game as him yet.

Jago:
Endokyuken - Yes
Instinct Endokyoken - Yes (if he throws a light one or you’re full screen for the Heavy)

Maya:
Daggers - Unconfirmed (faced some good Maya players who knew how to use them correctly, lol)

Like I said, input for those who have experience with this is more than welcomed.

This one makes me laugh every time.

This one makes me laugh every time. 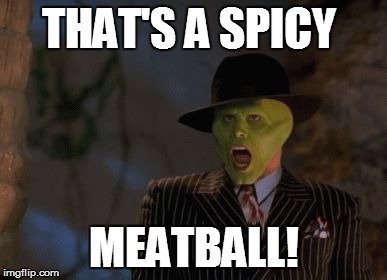 Doing some experimenting of my own in practice:

Riptor’s fireball - Yes
Aganos’ rocks - Yes
Aganos’ thrown clubs - Yes
Maya’s daggers - Yes
Kan-Ra’s tornado projectiles - Yes
Kan-Ra’s kicked sand - Yes
Kan-Ra’s Scorpion sting - Yes
Kan-Ra’s Antlion - Yes
Kan-Ra’s shadow scarabs - Yes
Cinder’s Inferno - Yes but it doesn’t stop the projectile, just gives meter.
Cinder’s Shadow inferno - Yes but same as above, gives meter but only “eats” one hit.
Cinders Shadow pyro bomb - Yes
Sadira’s dagger things - Yes
Sadira’s web balls - Yes
Rash’s Speeder bike - Yes Detonates it upon impact causing no damage.
ARIA’s drones - Yes knocks them out and gives meter.
ARIA’s beam - Yes but you only have time to eat one, gets hit by the other two shots.
Fulgore’s eye beam - Yes surprisingly but has to eat the little burst at the end of the beam.
Fulgore’s devastation beam - Yes… That’s right yes BUT if you try to take it head on you don’t
have time to react. Have to jump and lick down to get meter off of it… The beam isn’t totally nullified, you just eat one “hit” of the beam and it continues.

this list makes me want to spend some time learning this character. LOL. I’m sure some of this will be tweaked but it sounds hilarious.

Being able to eat Sadira’s webs is awesome.

Someone should do a video in the style of those “Will it Blend?” videos.

That would be awesome lol

Yes he can eat it, I tried last night. Both drones, he just knocks them out of the air but it treats it like he consumed them and gives him meter.