Should Sabrewulf have blue eyes?

Anywhere i go, people relate werewolves to have blue eyes. I guess he could be more appealing with this tone of color through his eyes. I think it’d be neat if he had a color down the line with blue eyes. Maybe one based off of a husky or a grey wolf?

Aren’t they blue for instinct

Nah, Yellow eyes I think shows more of the threat he could present to his foe

When I first saw this picture, I immediately thought about the Beast of Le Gevaudan. The Beast of Gévaudan (French: La Bête du Gévaudan; IPA: [la bɛt dy ʒevodɑ̃], Occitan: La Bèstia de Gavaudan) is the historical name associated with the man-eating gray wolf, dog or wolfdog that terrorized the former province of Gévaudan (modern-day département of Lozère and part of Haute-Loire), in the Margeride Mountains in south-central France between 1764 and 1767. The attacks, which covered an area stretching 90 by 80 kilometres (56 by 50 mi), were said to have been committed by a beast o Vi... 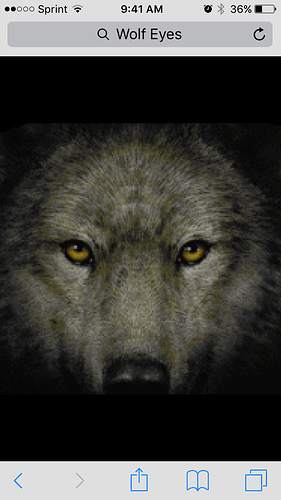 image.png640×1136 237 KB
They also usually have yellow eyes. Both are common eye color for werewolf in literature. Yellow eyes are more intimidating though
VergoVan March 28, 2016, 3:25pm #7