Should Platinum Games make the new game of Battletoads

after watching maybe the best Teenag Mutant Ninja Turtle game so far, from Platinum Games make me wonder how Battletoads will look and play if Platinum games make the game for me will be insane, funny, bloody and unique and enjoyable, whit classic move and new ones, what do you think guys.

with Celldweller and Atlas Plug taking on the soundtrack

should Platinum games be the right choice ?

and maybe have som KI characters cameo in the game

Bloody? Out of all the iterations of battletoads, only the arcade version was bloody…why would they have to do that?

…but to answer your question, Yes, I think it’d be awesome to have them make a Battletoads game. I have Transformers Devastation, & it was a thrill ride from start to finish…I’m sure they could make a very awesome Battletoads game.

Mutants in Manhattan looks painfully generic from what I saw in recent gameplay footage. Turtles in Time on snes still holds the top spot for best TMNT game for me.

I did enjoy Vanquish and MGR:R tho, but even then they both had something lacking gameplay wise so I’d rather another studio develop a new Battletoads. Hope it’s just as hard as the original games but hopefully the level design is based less on trial and error or memorization. Possibly have it so levels have a degree of randomization so replaying the game is still hard/entertaining even if you’ve finished it before.

I like Platnium and appreciate what they did with Transformers/TMNT/Legend of Korra but I don’t think I’d like the next BT to be a 3d game. Would have preferred a side scroller beat em up like it was from the beginning. Games like most Nintendo franchises have proven that their is still a market for them if done right. Not sure if Plaatnium is the studio for a side scroller.

Mutants in Manhattan looks painfully generic from what I saw in recent gameplay footage. Turtles in Time on snes still holds the top spot for best TMNT game for me.

Looks like fun to me. I like hack-n-slash the most out of all genres and with the swapping, this feels like it could be good. I’ll wait and see though.

Groan… This is the weirdest complaint ever. How come I missed the memo where “generic” became a pejorative?

It’s not really a weird complaint. I rather play something unique as apposed to something generic. Obviously something being generic can be fine if it’s done very well but I’m just not seeing that from Mutants in Manhattan.

It doesnt matter who it is, as long as they make a excellent revival as KI was.

I’d like a reboot on the narrative end. To promote an actual story and to reward the players with dialogue, narrative progression, and cut scenes. The characters need to develop… well character

I think all three toads should have a purpose and should all have different stats & abilities. all three to be involved in each level, either with multiple players or solo with Ai running the unmanned toads. 4th player can be a T-bird drone.

Heck yeah! I honestly thought Rash in KI was a marketing scheme to bring him back to the modern eye at the time of his announcement.

Was too young to play it when I was younger but Rare Replay gave me a chance so getting something modernized would be sweet.

No. They should put out all the stops and energy into Bayonetta 3.

What about Insomniac Games or Rockstar?

Insomniac would be amazing, I love Ratchet & Clank so much lol I also think their style of comedy would be absolutely perfect for a new Battletoads game.

Absolutely Insomniac. The humor would be awesome, the gameplay would probably be really good too.

How about Playtonic Games for that matter?

How about Playtonic Games for that matter? 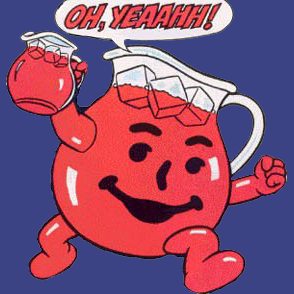 Yes… but the Team “A” from Platinum, not the team for licence stuff.