Shatter block - is it bag? 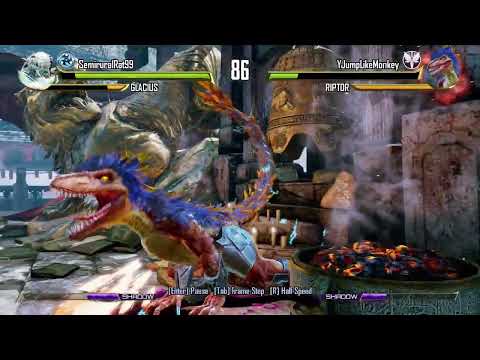 0:06 - Shatter block - is it bag? how so? there were several examples of this in the game.
Shatter - Glacius summons an unblockable pillar of ice from the ground. Button strength determines where the pillar appears. Shadow Shatter is not unblockable, but each hit tracks the opponent’s position.

definitely not a bug. unblocklable attacks become blockable if the opponents in blockstun you blocked hail and the glacius mistimed shatter so you blocked.

Seems like the rollback was a little strong in this match, some of Glacius moves were missing some startup frames due to how rollback works. At any rate, yeah, Shatter is only blockable if you are already locked down in blockstun. Shadow Shatter will track you, but is blockable.

This is on purpose by the way, if you get locked down, which is one of Glacius’ best abilities using Hail, if it were always unblockable, he could get easy, cheap setups which would be game-breakingly unfair. Glacius players have to remember this, but can also use it to their advantage as well.

thanks for the clarifications. I have already started to get confused: blocked or not blocked.