Hey guys, this is a minor visual issue, but it’s been bugging me for a while and I figured I’d make a post about it.
To the point:
When Shadow Jago got updated to be a real boy, he was given his unique pose for the select screen. 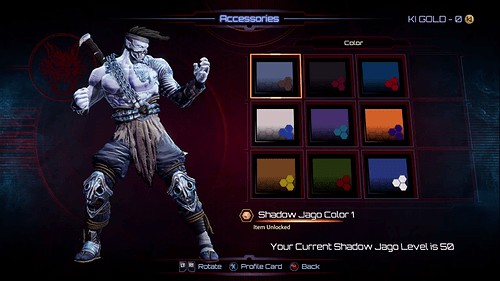 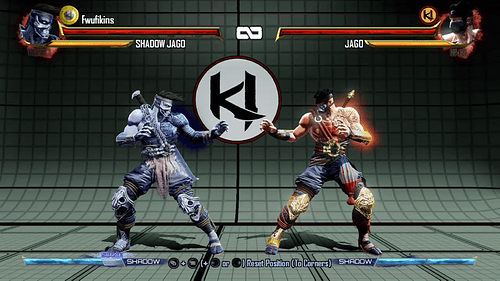 I know the difference is only minor, but the inconsistency has been getting under my skin for the last few days.

Shadow Jago is a real boy now, he deserves to step out at least a little further from Jago’s shadow. (heh)
So, dev dudes, any chance of maybe pestering the visual design/programming dudes to give Shago a unique fighting stance to match his select screen preview? That’d be super groovy.

But Shago still has the same normals as Jago, so in a way he’s still using the same fighting style, so it makes sense that he has the same stance.

Yeah, and I think more importantly, it might make the starting animations for some of his moves look wonky if they change the idle stance.

@SithLordEDP Omen uses animations from Jago and Sabrewulf, but he gets his own unique idle.

And at least 2 of Shadow Jago’s normals are different from Jago both in form and function.
@BigBadAndy From the look of it, the stances themselves aren’t that different. It’s just the position of the hands/wrists. After testing movements similar to some of the normals Jago uses, it doesn’t take much more effort to complete the physical movement.

It wouldn’t be the end of the world for me if it didn’t change, but the select screen position gives Shago a little bit of personality to distance him from traditional Jago. Seeing him standing around like he’s still just a Jago reskin breaks my fluffy little heart.

I can’t understand why people want to change Shago color or stance…to me it’s really, genuinely, truly PERFECT in every aspect.
I think that color 1 has stance, voice, attitude, intro, moveset, everything at levels that only few villains can dream to attain (Gouki just to name one) in the history of fighting games.
The only thing I would change is the select screen little portrait in order to match the ingame silver-blue color 1 mask, chains, etc. (not the opposite).

While I understand your position, every time I read a topic invoking to shago changes I begin to pray in the hope that these requests are not accepted, forgive me.

shago’s stance in the color select screen matches his VS screen pose.

Doesn’t Omen have the same issue?

He is Jago after all…lol… so its only logical that he has the exact same stance and style.

If you want some insight;

Changing a character’s idle stance is extremely time consuming, because every move flows from that stance and back to it. So, in essence, you are signing up to alter a large number of animations, even though on the surface to the consumer it may only seem like one.

Beyond that, Boss Shago also had the unique VS screen stance, but uses Jago’s stance in game, so for this reason and the one above, we chose to keep it that way and focus our energy on more important things about him.

Well alrighty then. I suppose that settles it.

Ah well. Shadow Jago’s still fun to play AND to watch. I guess this is the one nit pick I’ll just let slide.
I’ll live, I guess

a little off topic!

Happens to all characters when certain moves and situations come together

It looked so good she looked super arrogant l!

and focus our energy on more important things about him.

Anyone suggested Rainbow Shago at the office by any chance?

why is this not a thing already??!

They’re was a random glitch that technically makes that possible. 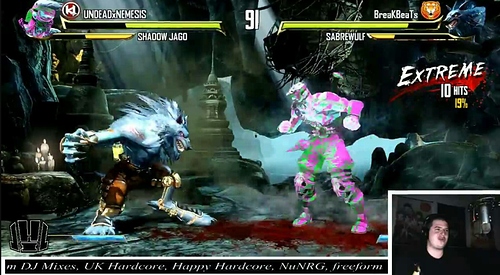 Back in Season 1, I could’ve sworn Maximilian Dood and Gootecks did a video and got both Rainbow Shago and Tie Dye Orchid.