Shago Colors and my Thoughts on it

Yesterday, all colors were shown in the live stream.
I’ll show you any color and say my opinion. 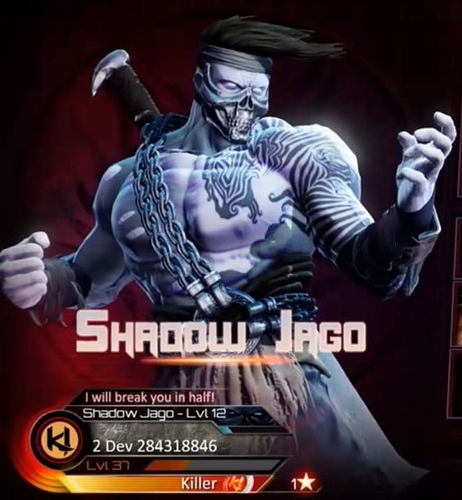 Color 2: The Skin is a darker blue and it looks a little bit drifferent, but still ok. 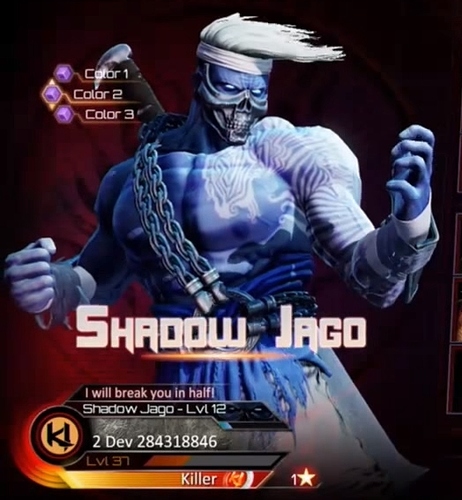 Color 3: I don’t like color 3 at all, the light brown doesn’t fit to Shadow Jago ! 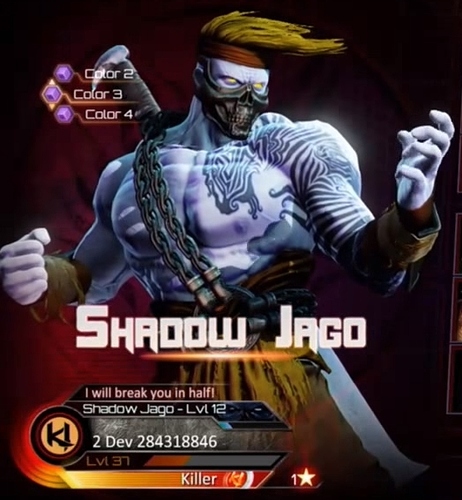 Color 4: The Red and the Gold looks really cool. 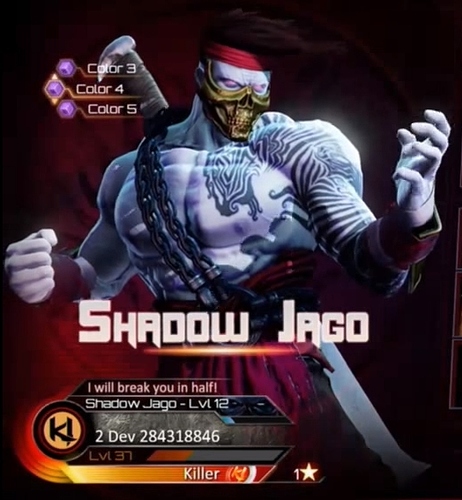 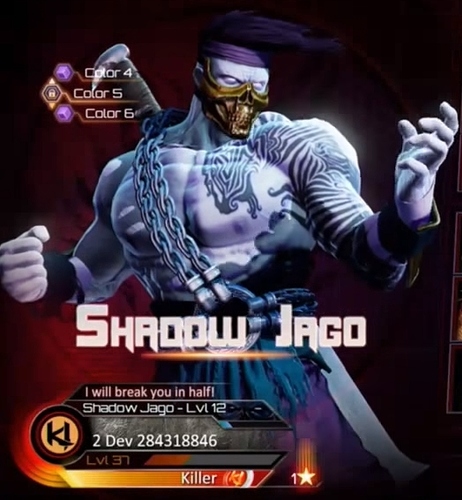 Color 6: I like the green but it doesn’t fit to Shago 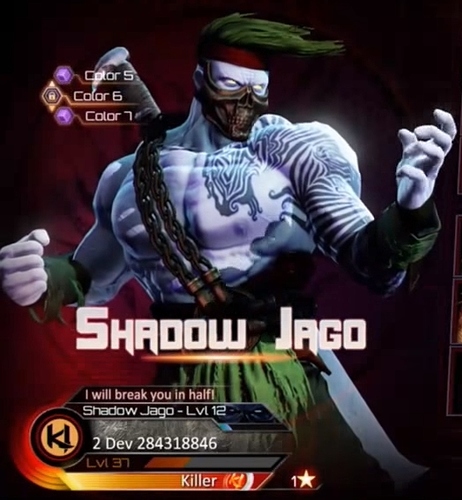 Color 7: This looks extremely cool. And the blue glowing eyes. 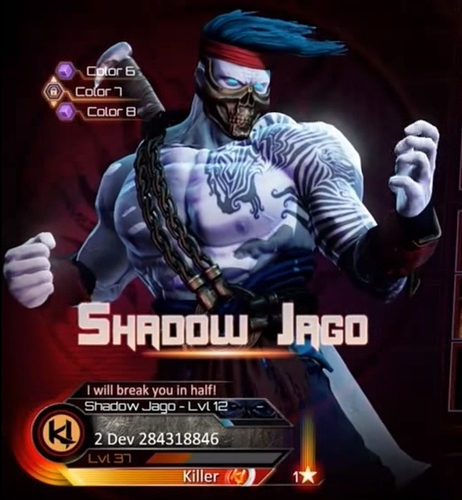 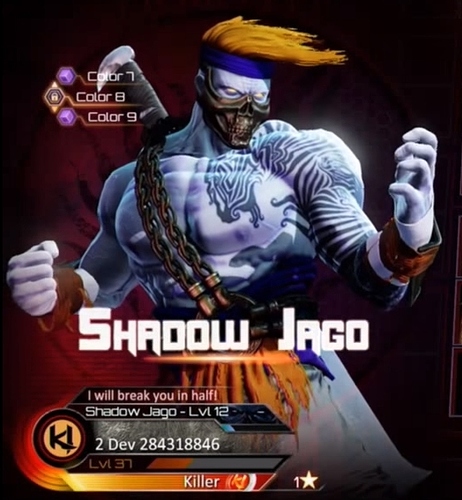 Color 9: Color 9 looks like pure evil. This color also reminded me of the Goliath voodoo skin in evolve. 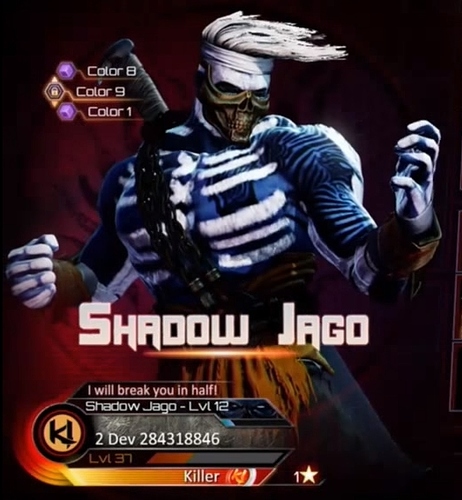 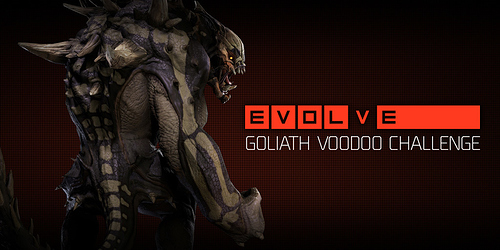 What is your opinion on the colors ?

I think hands down Shadow Jago has the worst colors in the game. I feel like this might have been a blatant troll attempt by the developers in response to the many threads clamoring for additional colors for this character. It’s as if they completely scrapped any rules of color theory and slapped on the most jarring color combinations they could find.

Personally I like his default, his color 2, and color 9 the most. In some regards I try to look at it as “he’s the evil version of Jago, so unorthodox design and jarring visuals in contrast to the more straightforward and harmonious color palettes Jago has makes sense” but man is that a far stretch.

I think the hair colors could been toned down.(especially the orange) and they could could’ve played around with the skin and tattoo colors beyond just color2&9.

The uber white skin paired with the grey tattoos don’t mesh with the rich color palettes. Something as simple as coloring the tattoos on some of alts, would make them dramatically better.

Also why are so many of the colors using brown/copper colors on his armor? Frankly I expected colors like Hisako, like a green Shago, a red Shago, a solid black “Noob Saibot” Shago for color 9…

I think these colors were a blatant troll attempt. What were they thinking with those hair colors? Not a single skin color change either. To be honest though I think these colors would be 100 times better if the skin tones changed to be harmonious with the palettes of the clothing.

Agreed there, a purple, red, green and orange Shago would have been awesome.

Yeah I see the lack of skin color variations as a missed opportunity. There is a lot that could have been done just by using different saturations and brightness levels of the default blue. Versions that have white tattoos, would look great with darker, unsaturated skin tones, to add contrast against the tattoos. Some of these brighter hair colors would have looked more fitting with different skins tones.

A variety of skin tones in the same color spectrum, for example:

They can still change the colors, on Riptor they changed the color of the cyber/metall parts.

I dont dislike them…but honestly when it comes to the colors and other characters retros and extra skins…its seems like better decisions and more time could have been done to enhance each color and skin for the best possible outcome.

I know there are a lot of colors and skins that i would never have chosen and Im curious on how they even came to those decisions.

Im not complaining, im just saying thats my thoughts on it all.

and WHY THE HELLL CANT WE CHOOSE COLORS IN SHADOWS AND CUSTOMIZING MODE? ughhh

I really, really dig color #9… but you’d probably guess that by looking at my avatar

My major gripe with the skins is that aside from 1 & 2 all of the metallic bits are a weird brown or copper color that don’t match his theme at all. NONE of them retain the original blue/silver look from the first two skins. Colors 4 & 5 annoy the pants off of me because the chains don’t match the colors of the other armor pieces. The colors are just all over the place. On color 9 the mask is copper, the chains are black and the knees are silver. It’s completely FUBAR.

Color 5, the purple one would be my favorite one if they had just left the armor silver instead of copper…
I mean how much better does this look with blue/silver armor?

I actually like most of the colors for Shadow Jago. Color 6 is bordering on festive territory, but otherwise I’m happy.

I hate to be someone wanting old content brought back but…is it really necessary to have removed/changed the original Color 2 option? I’d love to see it brought back if only for the sake of having it.

These are OK I guess… My faves are definitely 2,4,5, and 8, but 9 looks weird. I’ll say it till it’s made in the game, please IG give us customization with colors and accessories.

I thought I would not like color 3 but his lower body actually has a nice deep brown color. Agree with skin tones, a few more would have been great, but no real complaints. Really happy with the colors.

I like the colors too. Maybe some slight differences in skin tone would be nice, but I don’t think they’re the worst of all time as it stands. You need your red, green, blue, white etc colors, and I think the red looks really good.

Color 8 reminds me of mango sentinel from Marvel (but my guess is it’s supposed to be Naruto-esque?).

Man. It pains me to see how such a simple swap in colors makes a tremendous difference.

I like most of the colors, but Color 4 looks more pink than red (especially on bright stages) and ends not fitting all that much. Would have prefered a much darker shade.

Back to my original note about different skin colors…
Here’s another example that looks nice, keeps him separate from Jago, but still strays from the blue/purple skin tone: