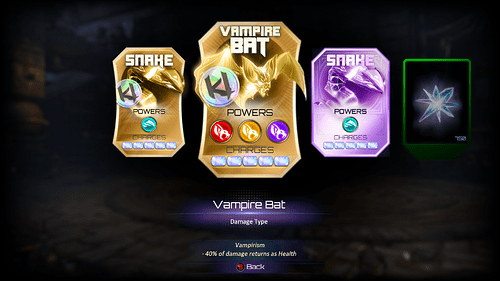 Killer snake is so good.

I got four of those packs so far and also see them as the best option, however so far I only got 1 killer bat and 4! Killer rams

I dont really use my rams…

Yeah and killer Rams have the drawback of not recharging which is just so dumb, especially when you use a charge even for hitting the right breaker. Definitely worth holding out for a perfect epic.

In fact for the cost I do think if you’re going to get an Epic or two from a Killer pack they could at least be perfect.

Do any other Killer Guardians have drawbacks? The only other one I have is snake but I don’t have an Epic snake to compare to.

In addition to the ram and snake, i also have the killer fractued ward and exemplar. Those two don’t have the non- rechargeable drawback of the ram. They are perfect for what they are… unlike the ram.

GoshJollyDarnit…got another ‘best Deal’ pack, another killer ram and an epic ram which I dont need + an examplar which I dont use…