According to the newest AND latest interview with Microsoft’s Creative Director, Adam Isgreen, he mentioned the possibility of another Shadow character in Season 3 with Shadow Kim Wu being one of the potential choices for a second (probable) KI Community Fund. So when I first heard/noticed Kim Wu being mentioned as one of the potential Shadow characters in Season 3 and overall in KI, I was like “Huh? What now? Say what?”

Okay, first off: Kim Wu was ONLY officially confirmed to be in Killer Instinct Season 3. At the same time she is still not released yet in Season 3.
Secondly: We STILL have not seen the official concept arts/conceptual designs of Kim Wu YET.
Thirdly: Kim Wu’s new, expanded official backstory must be STILL in the writing development process which we can very clearly see is still not yet released and at the same time still do not know/have no idea about yet.
Last and certainly not least: Kim Wu’s official trailer has not even debut/premiere yet.

I 100% agree to this (heck, I even mention a re-vote after she’s revealed on twitt). At the same time… Kim is possibly like the undefeated Dragon especially against all evil me thinks ;D

I still hold my vote for Shadow Orchid, if there is going to be “Shadow” Characters. 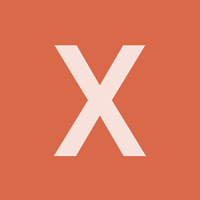 then why make a proposition with KIM WU include??? thats a nonsense 😑

Time for Red to make up some Shadow Kim Wu fanart

No more Shadow characters. We don’t need to waste character slots on clones - having one is bad enough. Besides, it would be incredibly dumb to add a character into Season 3, and ALSO make a clone version of the same character. I want new, varied, and interesting characters to fill out S3 with.

They wouldn’t be a total clone chill out

My point is that having Jago and Shadow Jago as two visually similar characters with differing movesets is plenty when it comes to clones/duplicates/whatever. Why wouldn’t you want something entirely new instead?

that is something entirely shadow jago isnt just a simple clone does he have a windkick no does he have laser sword no he may have the same look the same fireball and some same normals but thats it. When they finally show kim wu and then decide to do another cummunity and might offer shadow kim wu, orchid and maya. They wont just be all the same. Cause i say this nobody expected Omen to be in the game.

In all seriousness if I had to pick it would be Orchid…But at the same time its like they are doing a mario kart 8 where you got metal mario and pink gold peach…or E.Ryu and Violent Ken or something

haha, EVIL was an acronym in Spongebob wasnt it? “Every Villiain Is Lemons!!!”

I also vote for Shadow Orchid, I’m intrigued by that idea because it can bring about some cool design concepts as it did with Shadow Jago.