Ok I am playing the ultimate edition on xbox one x and everytime I start the game it trys to sync my dlc but fails every time. When I try to access online multiplayer i get the message Privilege Denied unable to access feature/mode. Please check your accoount settings and try again. I have tried redownloading the entire game and dlc and nothing works. I don’t know what to do.

Getting the same error. It’s not just with KI as well. Something is going on with Xbox Live.

ok i did say that battlefield 1 was working now its not.

Nothing is working for me. It says I’m signed in, but then when I touch any game it says, “I’m sorry you need to be signed in to access this content.”

ok so now everything is working fine for me except Killer Instinct. it still gives me the same problems stated above in the first post. I’m suspecting the KI servers are either shut down or just not working at the moment. When trying to connect to multiplayer it gives me that privilege denied error and kicks me back out in less than a second.

I can sign into the Xbox app in Windows 10, but if I try to play Killer Instintc: 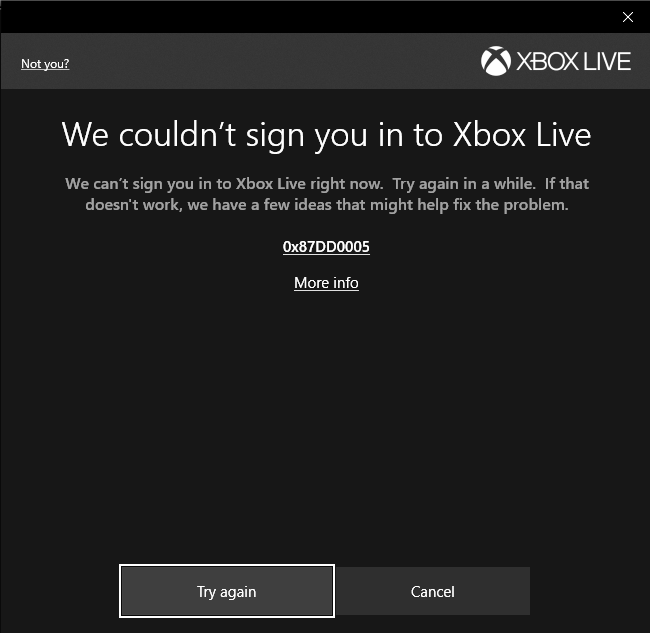 KI in Windows 10 is having problems validating DLC in KI Windows 10 version, and now I can’t even play. Looking forward to the next KI, Iron Galaxy and MS!

Win10 hasn’t worked for me lately. But I have been able to play with no issues on the Steam version.

so its not just on xbox.

I understand they are doing some updates to the Xbox apps in W10. I hope they mean to address the issues we PC users have been complaining about for months if they expect us to touch any of their future games.

I get the same error of being unable to sign into xbox live when starting KI on WIN10, I can play sea of thieves on win 10 and I can login to the xbox app on windows 10. This is a KI problem. 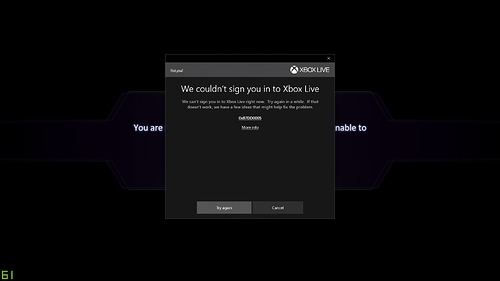 ■■■■. I thought it was only me. I should’ve checked the forum first because I uninstalled everything and reinstalled. This is too long to be down.

Yeah i have a suspicion they shut the dang servers down. What it looks like anyway. If the servers were congested or having issues it wouldn’t kick you back out in less than a second every time constantly. At least I don’t think it would.

Tons of people are hitting this issue, and it’s recent (last 2 days). It’s just KI and not other games

The Killer Instinct Twitter says they are aware of the issue and trying to figure it out. Help is on the way!

I’ve had it since Friday on my Xbox One, just hope it’s a fixed sometime soon.

Having the same issue here, it started like about 3-4 days ago? Can not connect to ultratech server at the start.

In my case - when the error first show up - I did not even had the option to pick my characters (Sadira/Fulgore etc), only Jago and Orchid were ok (and Kan-Ra, the random). I had to reistall all the characters, ultrapacks etc. but still no luck with connecting to server at start. Shop shows that I have 0 KI gold (and I had like 500), can not buy anything, bundles show “nul” and $ERROR.

Yesterday I had a good luck, and for a moment it made some synchronization thing (at the start, a white bar was loading/updating something), but still no luck and I am stuck with this error.

Does anyone know when it will be fix?

Edit:
Playing on Xbox One, Xbox Live connects and works fine with me I guess.
If this info helps.