Season 3 on pc from definite edition?

Hey ya’ll, was wondering if anyone knows if I could get season 3 on pc if I get the definite edition? I have not purchased season 3 yet, but wanted to get it now with the DE. Is that possible?

As the DE is on a disc I don’t believe so.

The DE is a console exclusive disc, meaning you don’t get the digital licenses for any of the content as its just installed from a disc. So unfortunately it won’t help you on PC.

There is a digital version of the definitive edition: 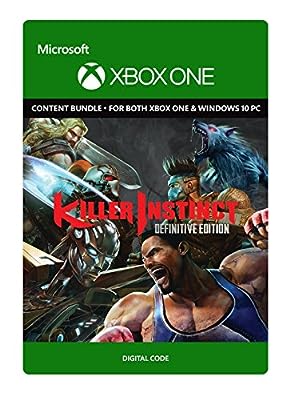 That should allow you to use S3 on PC.

if you own ki on xbox you get it on oc right so wouldnt he just need to install disc with his gamertag ? Then get it on pc?

That still sounds fishy, kinda hard to provide the codes for the skins as well as the physical bonus features if its a digital code. Plus it says its a console exclusive, having a digital code would mean it gives you seasons 1-3 digitally meaning it would work for PC.

Well the skin codes would be easy, they just slap multiple codes on it, other games have done this before. Not sure about the physical bonuses though. Also they just say “console exclusive” because out of the console it’s only on that one. For example, Gears 4 also has “console exclusive” plastered over it’s cover despite being the flagship game for Windows 10 play anywhere.

Thre DE is listed on the Xbox store now. I’m seeing it on the app.

Oh nice, hopefully its cheaper since its missing all the physical content.

Same price and the description mentions the videos and soundtrack, but no clue if that’s accurate.

Yeah I looked it up, the contents of the bundle says nothing about the gargos skin either.