Well, guys and gals, the time has come. Season 3 starts tomorrow, so now is the time to play as much Season 2 as you can to say your goodbyes.
Anybody else got any rituals? I’ve got one: I’m playing 3 of every mirror match on the home stage for every character in order of release.

I’m many hours from home. But I’ve been playing the KI theme on my bass guitar. I’m the only one who knows it, so it’s fun to play it around my gospel quartet as an inside joke to myself.

I played as many matches as I could before coming to work. I am rusty a bit since I haven’t play KI in months because of all the other games that came out in the holidays. But now Season 3 is almost here so I needed to get back in the groove.

Season 2 is where I got my real start. It’s where I turned from “Some online player” to “The Best Cinder” in the eyes of some people. And after waiting for Cinder to come out ever since the game was announced at E3, I’m really proud that I was able to prove myself and I can only say thank you all for the support. I’m gonna be ready for Season 3. You can count on that.

And with that, I bid my official farewell to Season 2.

Well, ladies and gentlemen, after Maxing out every character to 50, reaching Killer Rank, and defeating Boss Shadow Jago, this is it…
#My FINAL Killer Instinct Season 2 match!

I won’t consider myself a great player because I still have a long path to go, but I have learned enough to feel comfortable against seasoned veterans. As @TheNinjaOstrich says, I went from Cub to Tiger through this season.

Season 2 will be officially over within the next few hours and I couldn’t be more exciting for change. Season 3 looks great, it will feel like an entirely new game for me. For now, I will enjoy the brief silence before the arrival of Season 3. 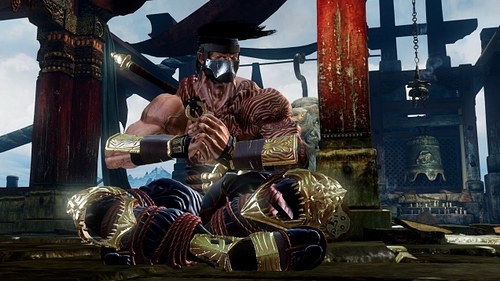 Season 2 was great. Amazing. I picked this up in March/April after 2 whole years of watching it, following it, in the forums, waiting for my time to shine!

Season 2 has been a crazy ride! Got to meet you guys on the forums, and have a great time learning and playing with you all! My greatest time was in lobbies and matches with you guys, as I love helping people and learning from them.

I joke around with @oTigerSpirit a lot, but he has grown so much, it’s kinda unbelievable. From someone who didn’t really know how to play, to someone who can nearly consistently body me in matches. He is a cool guy, and I can’t wait for the tech he will create in S3!

Season 3 will bring so many new experiences, and new players too! Can’t wait for Kim Wu, and can’t wait to get back in the lab with TJ Combo & Jago!

Goodbye S2. As we go on we’ll remember all the time we had together.

To be honest, i ve said good bye to S2 when I did all aria achievements. Not even did shago’s.

Goodbye forever S2. You will be remembered, but not missed…at least by me.

Played some Exhibition matches and did some practice/shadow training as a formal farewell last night. S2 was my start in KI - so today is bittersweet. Lots of memories. Lots of learning. Lots of friendships.

Lots of hard work ahead of us, brothers and sisters. See you on the other side.