Sadira's early design as an accesory

Edit: Oh gosh. The cringe is strong with this one. This original post was poorly written, and I edited it several times for some reason. I was learning how these forums work and such. Below is the original text.
.
.
.

Hello there. While I was reading the Killer Instinct Wiki, on Sadira’s page I noticed that there were some screenshots of Sadira with a different design. Here are some of the pictures that I am talking about. 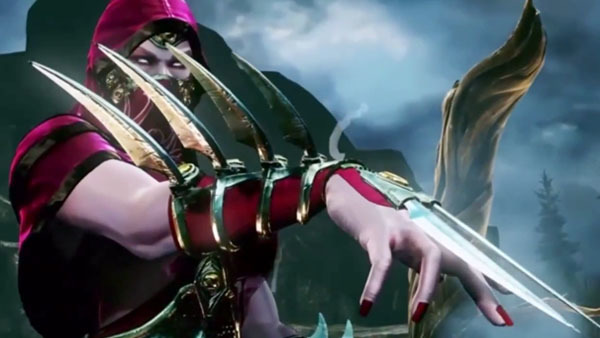 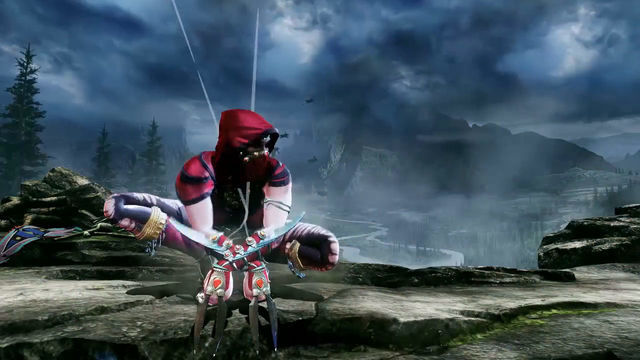 As you can see, her design is nearly identical, but she has a mask that covers her lower face. That makes her look kind of ninja like, and it’s much cooler than her current design, in my opinion. It would be amazing if Iron Galaxy would add this back into the game as an accessory! But, you might think “Wait, only Sadira gets a new accessory? What about the other characters!?” Sabrewulf and Orchid got extra accessories without anyone else getting any. Besides, those were made from scratch while this Sadira mask is already made. Since this is a screenshot of an early version of the character’s model in game, then Iron Galaxy (if they obtained the model from Double Helix) must already have this model, and then it would not be very difficult to add it. Besides, all of Sadira’s minions wear them, but not herself. That is a bit odd. Her other assassins’ identities are protected, but not the leader’s? Anyway, it is my dream for this to be added into the game.

Please ignore this poll. I realized there is basically no reason to make one, and I cannot remove it.

Yeah I like it, it looks pretty cool IMO

I’m not for sure what happened, but I do remember when Sadira that mask got a lot of responses ranging from “meh” to " she looks like a Mileena ripoff", & my guess is they dropped it to alleviate some of that lukewarm response. You can still see it on her stage…her servants in the background still sport the mask.

Yes, I agree that it makes her look more like a Mortal Kombat Kharacter. And maybe they also got rid of the mask to make her less similar to Jago. But it would not hurt to have it as an accessory, there are crazier ones available.

Edit: On second thought, the only reason it made her look like a character that might appear in Mortal Kombat is that there are so many ninjas in that series. And the old design does not resemble Mileena at all. They both have wierd eyes, blades, and ninja like outfits, but that is basically it.

I didn’t mention this in my last post but personal preference is the mask isn’t very flattering. One of the things I have liked about the KI designs for the girls in it is their faces have been very well designed & they are flat out gorgeous…Maya especially, her eyes are just gorgeous…Orchid…eh, debatable, but Sadira’s face is too…eh what’s the word I’m looking for…beautiful?.. to be covered up, & I’m glad her accessories match that opinion, because out of all the girls, the accessories I can’t stand are Orchid’s masks…one makes her head look like she’s just a wad of hair with glasses, & the other…well the punk look isn’t very flattering either. My opinion.

One of the things I like about Killer Instinct is that you can pick the customization items that you want. So, if they were to add the old mask design as an optional item, anyone who dislikes it could not use it, and those who do can. Personally, I believe that Iron Galaxy should add this item, as the model is already made and it would be rather easy, compared to making one from scratch. And I do like it, it looks cool to me. But there are some pretty ugly customization items in the game, but they are optional.

You said it was in a photo. The masked version of Sadira model is actually in her trailer at the beginning. Is this the version you speak of? I actually like the white costumes in the rear on the left. It kinda enlivens her backstory.

Wow, I did not know that it was in the trailer. I just saw the picture on the Wiki, and it doesn’t explain where the image came from. Is this the trailer you were talking about?

And does anyone know where the picture on the Wiki originated?

It was from a teaser on the end of Thunder’s trailer.

Oh god I forgot what her original voice sounded like. It’s so bad.

I’ve been wanting this since she was revealed! I do like the model and the face she ended up with better, but that veiled mask was awesome. Would love to have it as an accessory.

Thank you. And after reading through the Wiki, I noticed that it’s very outdated. I might fix some of it.

Edit: I went to the Wiki to fix some outdated information, and some of the pages will not even let you edit them. Oh well, I guess that is why they are still outdated.

I guess it’s okay if we have the option to.

Yet here I am still wishing for one of Sadira’s concept art designs to be an alternate costume for her (more specifically the one with her hair down). To me it made her feel a lot more queen like and better fitted her status as the leader of the clan.

Not to say I dislike her current one btw

i keep forhetting how insane i wws after seeing Orchid leap into the air and rise to pet the firecat- which is still THE BEST f in TAUNT. EVER

i thought shed have the dark eyes and gorgeous face…

anyway, the pic does come from the teaser of sadira in thunders trailer, which was later downplayed as her ‘minion’ and not Sadira, later… lol