Every two weeks I hold a Casuals with the TestYourMight Killer Instinct guys, and each session my Sadira is showing solid improvement. I’m quite pleased with that, of course, and I’m hoping for some feedback from you all on areas where I could further improve.

Here’s the recording of yesterday’s Casuals: 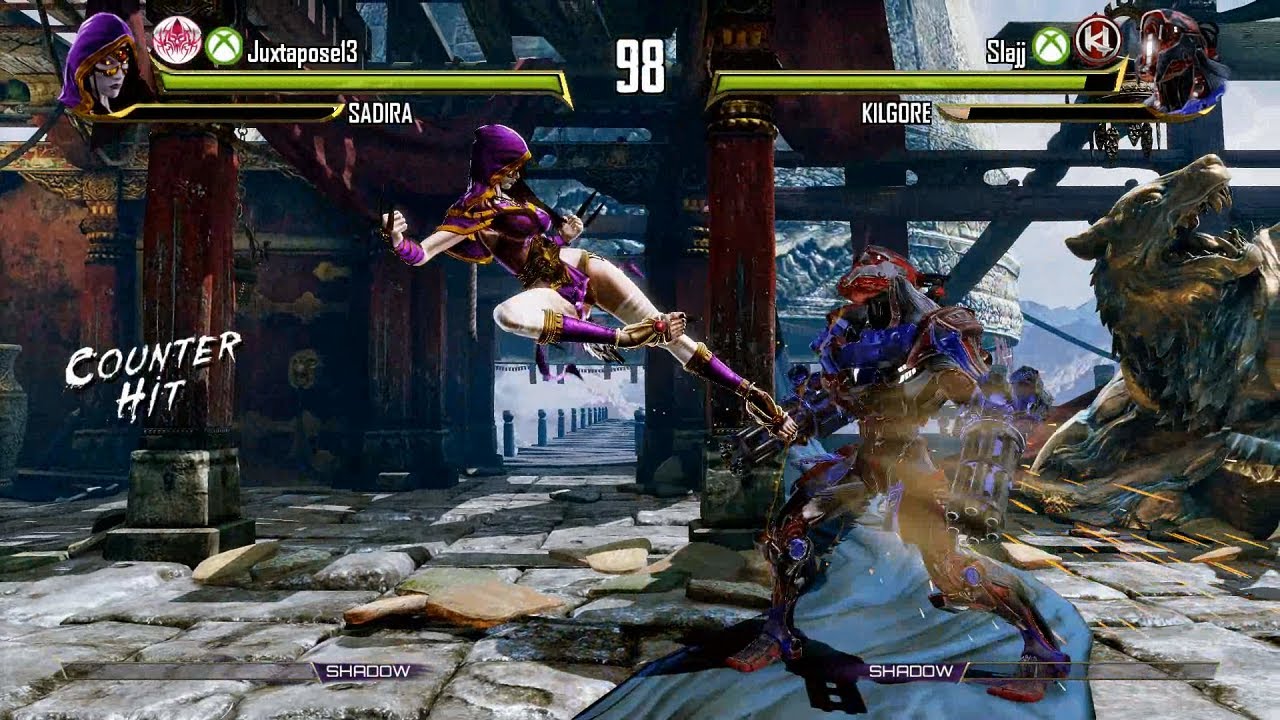 My Sadira matches are at:

I absolutely still need to work on my execution, as there’s points where I just drop stuff. I know this will come with time and experience.

Otherwise, any additional constructive feedback is most welcome!

You seem like a really really strong player to me, and although I don’t feel I’m good enough to give advice, here’s… my advice!

At 1:49, the opponent was getting up and you stood before him trying to grab him. That seemed really risky to me. I noticed you did that successfully elsewhere though, but still, quite a risk to take! Maybe try to bait something out from the opponent before coming in and grabbing would be my suggestion.

I didn’t see you backdash too often, maybe incorporate that in your plans (even sometimes to follow with a shadow blade demon and catch the opponent off guard).

From the matches I saw, I didn’t see you try any counter breakers. Maybe add that sometimes, after getting some heavies broken, which you can then use to bait a combo breaker attempt.

When the opponent has failed to break your combo, and you’re launching a shadow linker that will lead you to the end of your combo (because the opponent’s “freeze” is going to stop soon), it might be better not to use a heavy autodouble (like at 25:00), but rather a light autodouble, which will be harder to break, but still will add damage.

You grabbed Glacius out of his morph at 25:36! That’s crazy! I don’t know how you did that.

I skimmed through your fights and I have a few basic points in regards to your fights.

For the most part you are doing fine against the players you’re fighting against.

You are getting some pretty nifty juggles in and pressuring pretty well.

Make sure you are using heavy autos after a lock out. Heavies really pile on the damage. A string I always use during a lock out is Hp Auto > L demon blade linker > HP auto > L Demon Blade… HP Auto and Ender…

Where you do need work is Sadira’s Instinct. You always want to pop instinct and drop a web at the beginning of a combo. You then want to pop a web after every hard knock down. You can do some insane set ups with webs, but that’s a lesson for another time. I would also train dropping webs with the right thumb stick, if you’re using a controller.

I did a ranked set against a decent Kilgore. I’ll record it later and post it.

I appreciate your advice man!

At 1:49, that was actually a delay on my part, unintentional. I was actually ill through this entire session, nauseated from something I ate, and I was slower at first as a result.

Having said that, as a Mileena main in Mortal Kombat, I’m a yolo player far too often!

You are correct, backdashing is not something I do a lot of, as I find more oft than not I get punished.

I’ve actually been scaling back on Counter Breakers, as I got too yolo with them. Trying to be more constructive with their use. I do use them sometimes though, when I’m pretty darn sure that the moment is indeed the right one.

Correct about the linker in that situation, that was an error on my part and I recognized it as it happened.

I believe it’s because he came up in my web and was stunned.

Thanks kindly. They’re excellent opponents and great to practice with, and thanks for the compliments!

I shall keep your lock out combo in mind, and try to start working it in.

For her Instinct, I agree, set ups are something I’ll tackle later on (and I’ve seen some wicked stuff with it). I understand dropping a Web on an opponent after a knockdown, but what’s the purpose of doing one right as you start a combo?

I’m using a Hori Fighting Commander for Xbox One, so no sticks.

The reason you want to start Instinct while in combo, is to force your opponent to deal with your webs. Dropping Instinct outside of combo runs the danger of the alt player getting out of your grasp.

I see: by start Instinct you mean “popping” Instinct. If I lay a web while doing a combo and the combo gets broken, will the opposing player get snagged by the web still?

Also, in the juggle thread, remember how I mentioned I was having trouble landing the jumping Heavy Punches so I switched to Medium Kicks? As of last night, I can now consistently land the Heavy Punches.

Could I trouble you for some match up tips as well?

I really have a lot of trouble with Rash, Tusk, and Cinder. Rash seems to have every tool in the book and I always get overwhelmed. Tusk always knocks me out of the air easy and I don’t know how to approach him. Cinder’s air mobility makes him difficult for me to pin down.

Rash and Cinder are some of Sadira’s worse match ups, the worse being Thunder.

When fighting Rash, I generally keep pressure on Rash any time he’s out of meter. His wake up is pretty awful unless he has meter. I knock him down and then keep on him. There are times when you are going to have to sit still and block. It’s also very wise to not just jump, as Wicked Tongue will nullify almost everything you do. I use a lot of low meaty jumps as he has nothing that will protect his back.

You really have to let Cinder hang himself in this MU. Sadira really doesn’t have any options to give her an advantage. You’re going to spend a lot of the fight dodging his Pyro bombs and this is the best use of her air options. You really can’t air to air Cinder, expect peg him from a distance with L Widow’s Bite or H Widow’s Bite. His DP is pretty easy to bait. My best advice, choose Glacius in this MU.

On Tusk… With Tusk you never want to approach him directly from the air unless you are hitting him with a low meaty. His HP attack is very damaging and can get you from a pretty good distance. I do a lot of feinting to get him to do this move, as it is very slow and without Instinct, extremely easy to punish. The best option is to work your away in, by forcing Tusk to do something unsafe, and then stay on top of him. Without Instinct, Tusk has a very hard time keeping Sadira off of him, much like Glacius.
For me, I get in and do a lot of tick throws. This makes him weary of using his deflect attacks.

Rash and Cinder are some of Sadira’s worse match ups, the worse being Thunder.

Yup, for Rash and Cinder, I’ve picked up on that. Thunder scares the snot out of me, but I’ve only ever played Shotguninsanity’s Thunder and I expected him to tromp me.

For Rash, his Wrecking Ball, can he be knocked out of it? I can never do it, even with Heavy attacks, yet I saw the AI do it once. For a low meaty jump kick, Heavy Kick, I take it? Generally, is it better to play a more grounded game against him?

And no Glacius for me! I did not like his playstyle at all. My back up character that I’m learning now is Arbiter since I’ve been on a Halo kick, but he still needs a lot of work.

So for Tusk as well, generally, more of a grounded game?

I don’t know with Sadira, but against Rash’s Wrecking Ball, I usually block low and then anti-air him right when he comes out of the ball stance (he usually does that annoying air kick/split) and knock him out.

Yup, that’s the usual follow up I see too. The challenge is since I’m oft in the air, I find I usually get hit by said Wrecking Ball; I’ve rarely blocked it.

You can’t challenge wrecking ball in the air unless you hit Rash right at it’s start up. You can use H Widows Bite, as it hits twice, but you still want to be attacking right before he takes off or right after he lands.

I generally play a grounded game against Rash unless I am right on top of him. Wicked Tongue and Wrecking Ball will beat out Sadira’s advance in almost all scenarios.

Rash is so hard and annoying omg

Here’s an interesting match between Sadira and Rash, maybe it can give you ideas (time: 1:08:08): 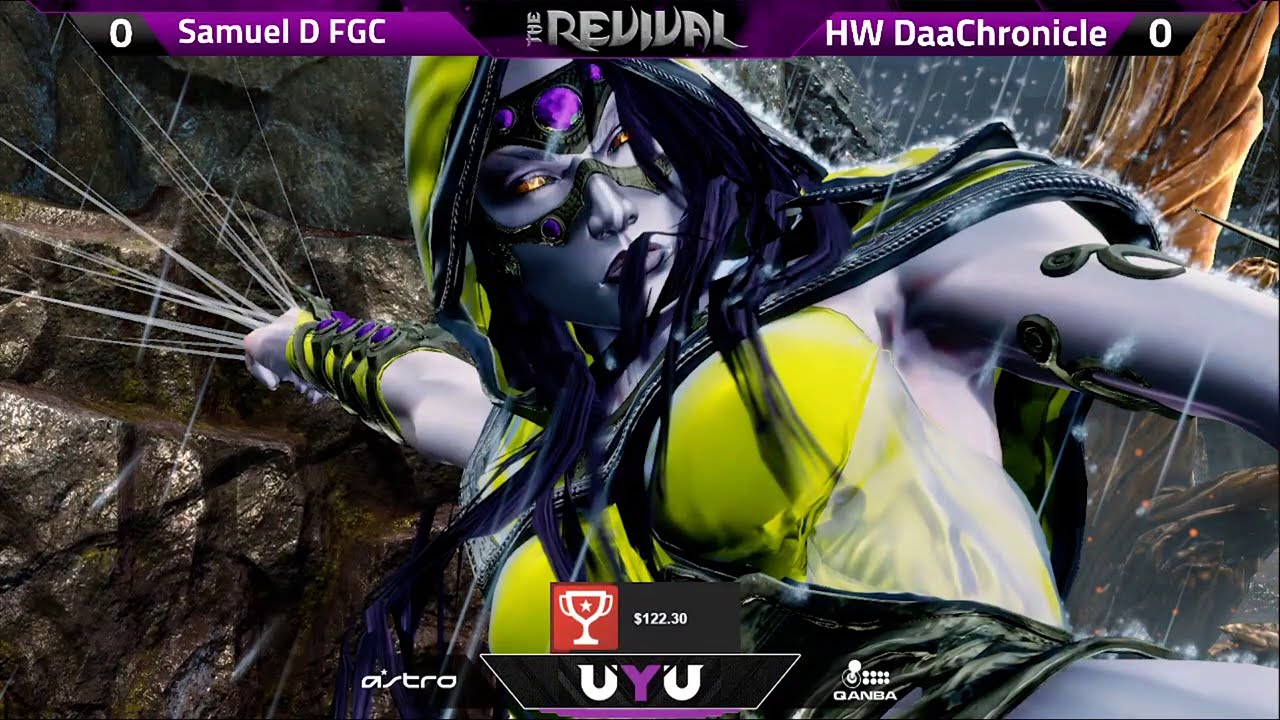 Thanks, we’ll see how I do in my Casuals tomorrow, as Rash will absolutely be an opponent on tap.

I saw that a while back, thanks.

Rash is definitely top Tier for a reason. He has almost every tool in the book! 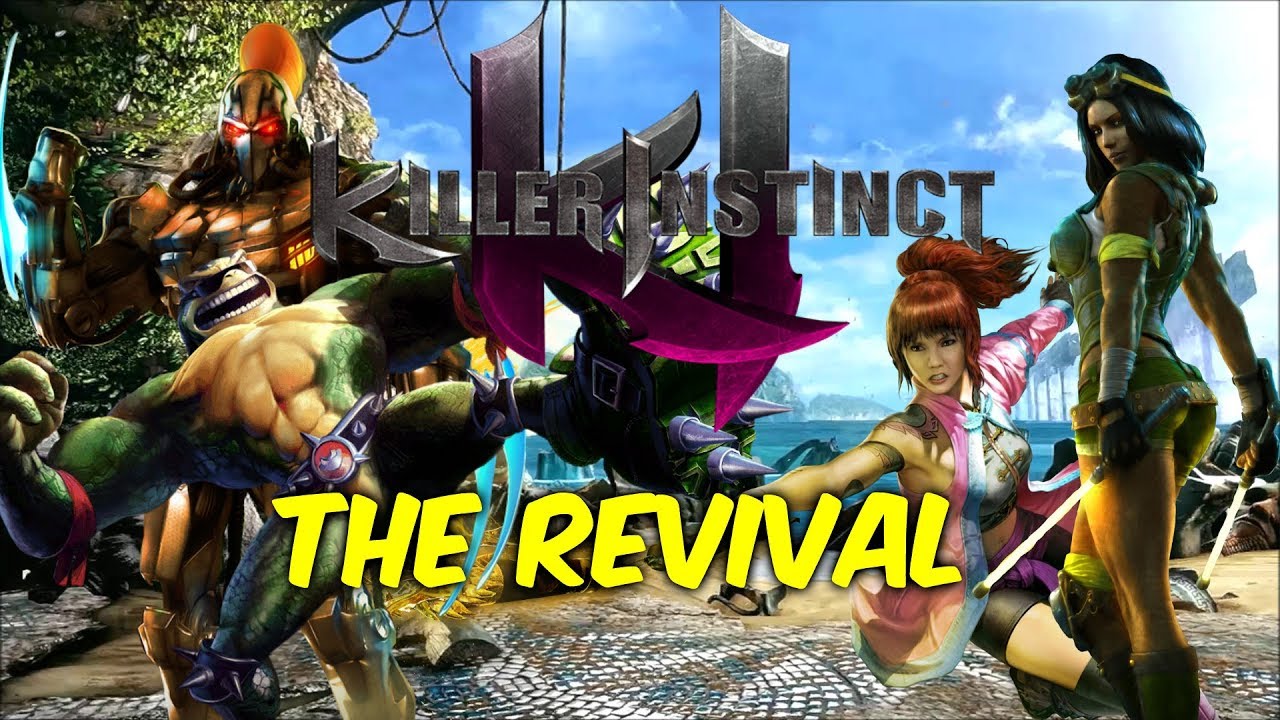 I’ve been putting together some of my most recent games. I hope to have time to get the video created this weekend.

That was a good watch, though that Rash was very reckless. If only they were all like that!

Tusk always knocks me out of the air easy and I don’t know how to approach him.

Against Tusk you should just walk a lot of the time. If you’re jumping, don’t actually commit to coming in unless he’s already swung with something. If you aren’t close enough to drop a light kunai on him (or threaten to do so), you probably shouldn’t be in the air.

For Rash, his Wrecking Ball, can he be knocked out of it?

Not really. If you can catch it on startup before the armor procs it’s possible, but usually if you see wrecking ball you’ll have to hold it. It is your turn after you block it though, so do be sure to push buttons there to keep Rash from just bullying. Most chars do this with down+HP, but Sadie may need to use fang (depending on angle) or recluse

I was just writing as I read through the thread…glad to see everyone else also answered your questions :-p

Oh, other big thought watching your videos would just be a recommendation to use your meter more, especially when the opponent locks out. Sadira doesn’t hit particularly hard, so is important to capitalize when you get the chance. And opener->ultra - that’s a simple but hugely important habit to build.

Ironically, I have Ultra Assist enabled but still fub that up!