Sabrewulf VS Thunder - Who Wins?

We all have our favorite Killer Instinct fighters, but have you ever stopped to imagine who would genuinely win in a do or die fight in the world of KI? 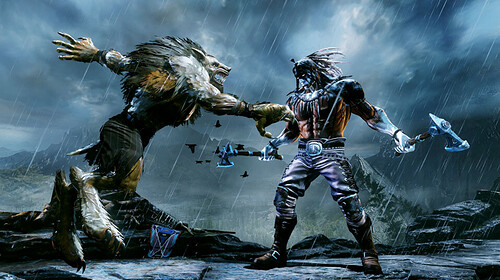 Sabrewulf tracks down Thunder to North America (in Season 3) with the hopes of discovering a mystical cure for lycanthropy that Thunder’s tribe may know about, but Thunder lashes out defensively at the infamous werewolf, and the two classic fighters fight it out until Sabrewulf beats down and spares Thunder to gain any information he may have. Thunder tells Sabrewulf that there is not a cure that his people know of, and Sabrewulf accepts this dead-end of a hopeful thread before continuing his fight against the forces of Gargos. 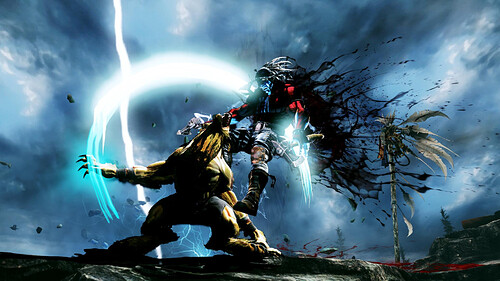 But what if Sabrewulf and Thunder had an ultimate fight to the end? Who wins? Why?

If we’re strictly going by win/loss ratios, then based on that it would be Thunder, mainly because he was able to achieve more successes than the Baron himself. Personally, though, between these two characters, I’m more of a Sabrewulf fan, so I’d vote for my boy anytime. In terms of story, I like to think that Thunder feels empathy for his plight and offers to help with Konrad’s condition, maybe not so much “cure” it but to perhaps help him live with it or something.

Imo, Thunder would win against the Baron mostly because his powers and abilities allow him to. He can summon, concentrate and probably direct lightning giving him a huge advantage especially at a distance. We’re not going to forget his ability to turn into a murder of crows. Other than that, he may have more of a stable mind during a fight compared to Sabrewulf, given his condition. I’m not saying Thunder would score an easy win, the Baron’s quite strong too. That’s just what I feel.