After playinng again some original KI 1 and 2 matches I remember why I like playing so much with my alltime favourite character. I always loved Sabrewulf’s appearance so I wanted to ask you what you like most of each Sabrewulf’s design and why.

He was huge! I felt very strong in the sense I was a little girl using that fierce and powerful creature. He would run stomping thorugh the screen, with growlings and slashes. He also had a fireball (I miss it sometimes). I like the overall design because his a very good werewolf indeed. The face and the hands are the features that are nicely designed. 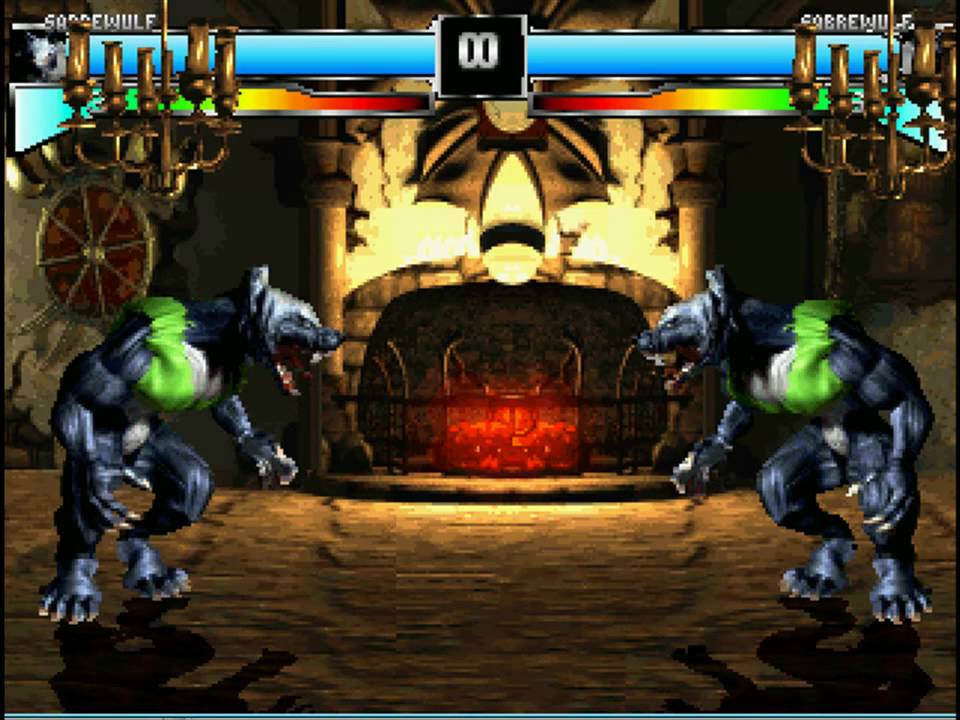 KI 2 1996 Sabrewulf
I totally love his face design, I think is the best one. The mouth is just scary with all those large fangs, He looks like a Sabertooth Wulf XD
What I didn’t like that much is like he’s smaller and bullkier, like he was short. His feet are a bit weird, but he desfinitely is a great design. But I missed his classic arms, even though the new arms look cool I didn’t want him to be a cyborg or anything. From his moveset I can’t tell you how much I miss his back-forward HK motion, it was Godlike. He even could stun the enemy with a special move. But what I found very funny was that “diddy Kong Wheel move he did” =P

At first I wasn’t that convinced, I don’t mean “nooo what have they done!?”. Nono, not at all. I like him! But after seeying the character with all his moveset and animations I liked him better. I just didn’t feel he was related to the old ones. His design is not similar but his essence is quite the same with the difference this is a very fast Sabrewulf. He still has the great low normals the first Wulf has and the speed of the KI2 Wulf. Again his hand design is great, his feet are pretty cool. I didn’t like the little tail but I got used to it. Also what are those yellow things on his face?.
The snout design is pretty cool, he looks fierce and upset, tired of all the things he’s been through. His mouth has sharp fangs and is longer compared to the older ones, he is stilysh. I miss his old ears.
I like the hair and fur detail and overall the design is really nice. Mybe I feel the old ones are more powerful than this one, but with his animations and motions I can say he still is a beast that you want to unleash and make a mess during a match.
PS: I was expecting better from the retro design. It looks better while in game, but IMO it doens’t honour the old designs at all. So I usually use the new one. And the colors he has from 1 to 6 are very nice! 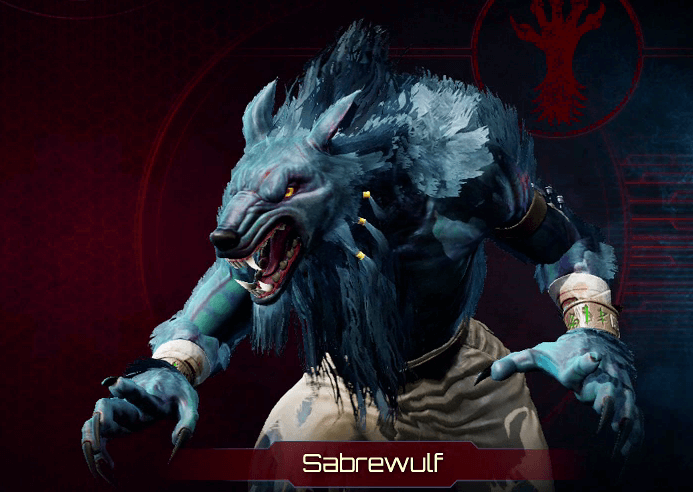 You just blew my mind, he WAS a sabretooth wolf.

The yellow stuff are like braids some people use to create dreadlocks and stuff. It’s to add a human aspect as the wolf doesn’t want to look like he isn’t at the very least a little groomed.

Sabrewulf (2013)'s fidgets are probably my favorite thing about him. He just twitches and drools all over the place, it’s awesome.

Great Post!
I’ve loved this character since I was a kid too. In my opinion 2013 Sabrewulf is one of the coolest designed and animated characters in any fighting game ever and one of the best looking Werewolves in any form of media. I just love how he leans so heavily toward the canine side of his character and less toward the human side. There isn’t a single frame of animation that couldn’t be freeze framed and turned into a wallpaper. My avatar, for example.

Thanks @MaruMDQ for a nice side by side retrospective

Now, if we could just get some robot arm accessories for Modern Sabrewulf and create an updated KI2 Wulf…

2013 Sabrewulf is without a doubt the best realized werewolf ever in a fighting game. He’s so visceral and you just feel like an animal whenever playing him, courtesy of his impeccable animations and sound effects.

I agree at all, without a doubt. Werewolves designs are frequently human-styled, which makes the character an “deformed human style”. Maybe it’s the main point why people compare them to horrible monsters.
When they are designed as a wolf character, they made him a “cool designed monster” because it looks like something people can figure out (wolves), not something wierd.

In fighting games, he has the best design so far (2013 version).

And talking about his frames, I have to agree again. Look at this: I love when he walks backwards and close his mouth, just like in the first Killer =)

My all time fave is KI2. When i was little i thought his arms where just wrapped/bandages. Cuz i remember reading that he’d been hurt in the last game. Lol As far as his current look at 1st i didn’t like it, didn’t hate it either. After a while it grew on me, now i love his look. As far as him being the best video game werewolf, for me he shares that honor with John Tailbane of the Darkstalkers series. Both badass AF. I’d love to see them tango. 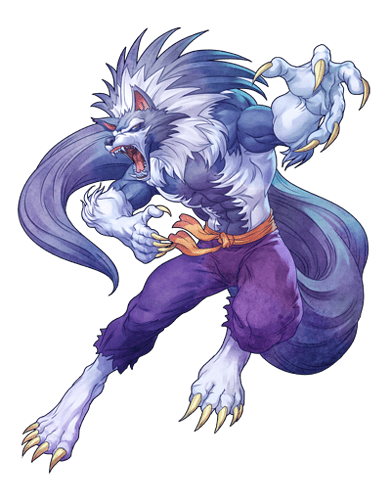 I totally agree with you. Sabrewulf was my first pick at KI and J.Talbain/Gallon brought me to Darkstalkers. Killer Instinct suit my style better but I did enjoy Darkstalkers for some time.

In some way I feel Talbain has some similarities with Cinder’s playstyle, while Sabrewulf was a charge character before turning into a rushdown. BTW, I also believed KI 2 Sabrewulf had bandages! XD

Yeah, I would love to see him remastered too. I think he would look more to a ninja, while Sabrewulf is more savage.

I agree. With talk of a possible Rival schools 3. Maybe a new Darkstalkers could be a possibility.