I swear I’m not a stalker.

I was poking around on the TrueAchievements site looking at the devs who’re playing Shadow Lords and I noticed this clip uploaded by @rukizzel a few days ago and I thought it was worth watching. Loving how Shago 10 looks on Astral plane man!

Good luck with that XD

He takes reduced damage, started regaining health automatically with stoneskin, and gains even more health from his attacks? Yikes!!!

Lol. I was too

Our bodies are not ready for SL Gargos. Oh God XD

Well, it doesn’t have him fighting Gargos, but… 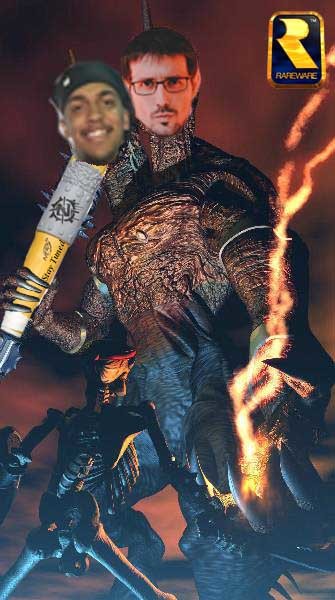 I think we can all agree when i say this Gargos on Shadow Lords is gonna make us rage quit… a lot.

I’m not going to be one to make a sweeping declaration that I’ll likely beat him with all buffs on, being a Gargos player and all, but I will say I’m definitely going to give it a go.

Geez, and that was with most of his buffs off! The struggle is going to be so real.

Interesting to note that Jago had special dialogue when he was up to fight Gargos. Just throwing that out there.

Oh and also notice how bullshit it is that the minions get a damage buff as well.

The question is, will he just die to repeated meaty DPs like the Shadow Jago AI does?

Beating him fairly is obviously not what they want you to do, because the non-shadows AI doesn’t follow human rules.

I miss the days when Shago’s AI could be beat by hitting him once and then hammering crouching LK leaving him in some strange defensive loophole where he just blocked until time ran out.

That would be too easy then. And if it does get by IG them I bet you any money it will be patched. They did say they want this to be difficult.

Is that a new color for jago?

I think it might be the one from the figure.

Also I’ve noticed that white glow on gargos…it faded for a moment then came back. I’ve also noticed in while in training mode (it appears randomly at times) Is the white glow around him part of SL or is it an actual bug?