Rising Thunder will get available for free in January 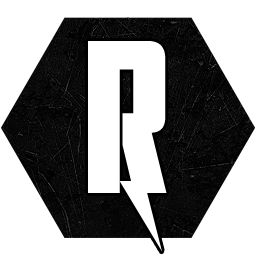 If you love something, set it free! In Jan, we'll release a final game build (with local play!) and an open-source server. These are our gifts to you, our community. To play. For free. Forever. More here: https://t.co/kXZaCdgQPq "Fighting games are so great." Happy Holidays!

I don’t think this thing has the power to kill Street Fighter. Not even as lackluster a title as SFV.

Yeah, how about people not jump to bash other games and just be happy this one isn’t dead like we all thought, hmm?

I wonder what this means for the future of the game. I’m excited to try it, considering I heard great things about it.

I think it just means they are going to give people access to the game - like they had for the beta. I’d be surprised if they continued to support it in any way, but that’s okay with me. It was a great, fun game and free is a hard to argue with price. I really wish people who make the argument that “execution” is what makes fighting games deep would spend some time with this. The game is deep and all the moves are “press a button.” But it’s not nearly as reductive as Divekick or something like Fantasy Strike.

Again, people may or may not like the game, but as a study in fighting game mechanics it’s a great experience for people to have. I saw @Infilament tweet this. I’m sure he can explain better than me why this is a good thing.

I will try this game out. I heard good things about it.

Even at its weakest, Street Fighter is still the strongest. Much like World of Warcraft… so may MMO’s has come out and were called “The WoW Killer”, yet not one of them did.

Anyways… I haven’t really followed this game, but I know something happened to it, right? What happened? And why is it free?

I just think it’s cool they’re bringing back a dead game and releasing open source code for the server so people can keep the game alive in new ways. Considering the game was over a year dead at the time and the team long since moved on to new projects, that’s a cool thing to do. I personally didn’t play the game that much and won’t be playing it now either, but I think it’s rad they’re doing this.

What happened to it though?

The development studio was acquired by the League of Legends developer (Riot games?), and directed to work in a different project. The speculation was a LoL fighting game but I haven’t heard anything about it.

Rising Thunder was in online only beta testing and they took it down immediately as soon as they were bought. This release will have open source servers so people can set up online play, as well as supporting local play - which the beta didn’t have.

You know its interesting how people never seem to focus on what they enjoy in life.

Its interesting you say that. At the time the Rising Thunder community (of which I was only vaguely aware - I played it some but not extensively) was disappointed but that was tempered by the idea that the team would move on to make a better game for a developer with deep, deep pockets (Riot). This was probably 2-3 years ago. So I honestly don’t know if they are even still making a game for Riot…

I cannot believe this is happening. I never got the chance to try rising thunder and I would still watch tournament play up till a month or two ago. The game had so much potential and I am absolutely ecstatic that it is coming back. my only concern is if it will be available on mac system users as that is my only system available. If not, this is still huge news.

I’m not really sure why people were disappointed, but I suppose that’s just what happens with the levels of interaction we’ve reached in this age.
I played maybe a couple of hours of the game, and its great to get people in to FGs and understand the basics while also retaining some amount of complexity for higher level players. I was eager to see the full release but it never happened because they got bought out. Its a real nice show of faith from them to release it like this, straight into the community’s hands. Normally cancelled gamea never see the light of day again so I assume they’re trusting the community to take it to the heights they couldn’t.

Did people really think I compared a niche fighting game that is new IP and was available for 2 months to SF5 seriously?..

When I write grass is red you’ll also start convincing me I’m wrong?

Considering the game’s situation, it’s obvious your comment is ironic. I just used the opportunity to make a statement.

As for me, because I am colourblind, grass is red to me.