Quick edition to make Riptor a bit more similar to Talon. Didn’t have enough time to take the cybernetic parts away, oh well, more like a recolor and some head adjustments.

Talon was my main and favourite character in Primal Rage. He still is 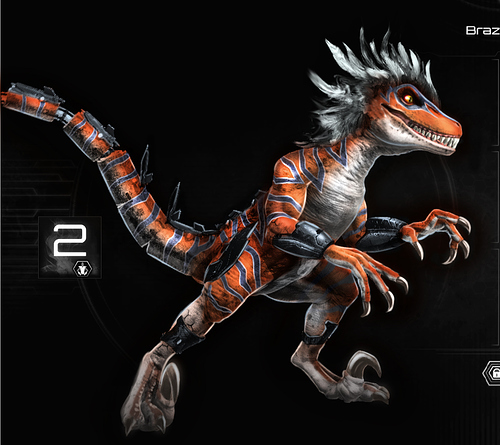 Thanks! He was my, lets say, rushdown character. I loved all the cast, though at first wasn’t fan of the apes then I discovered they were very fun to use

My second character was Vertigo, but she had some exploitable weak points and little damage. When I felt like going full damage I would pick Sauron. IMO the most boring character was Armadon. Strange, he had lot of things to frustrate anyone, very tough character!. And Diablo was a troll. Chaos wasn’t far away from that either

I really like Talon, but Diablo was my go to Dino.

Pure awesomness there. I’m a Primal Rage fan my self and Talon is one of my faves, along with Sauron, and Vertigo.

I remember playing Primal Rage when I was younger. I don’t remember who I played with mostly but I think I played with Chaos mostly to try and get him to ■■■■ on the other character. I thought that was so awesome at the time.

Ah a fellow Primal Rage player, how ya doin?