So with all the recent hype around KI getting another breath of community life, I hopped on the train and booted up KI on my Xbox One X. During Keits interview on the latest KI documentary, he mentioned “KI is finished, go play it.” But is it really finished? There are missing Ultimates for characters. What happened there?

I agree we do need to have ultimates for every one. Though I wondor if it’s too late to add them. Either way, if the new KI does get made that should be among the top 5 things to add to the new one. 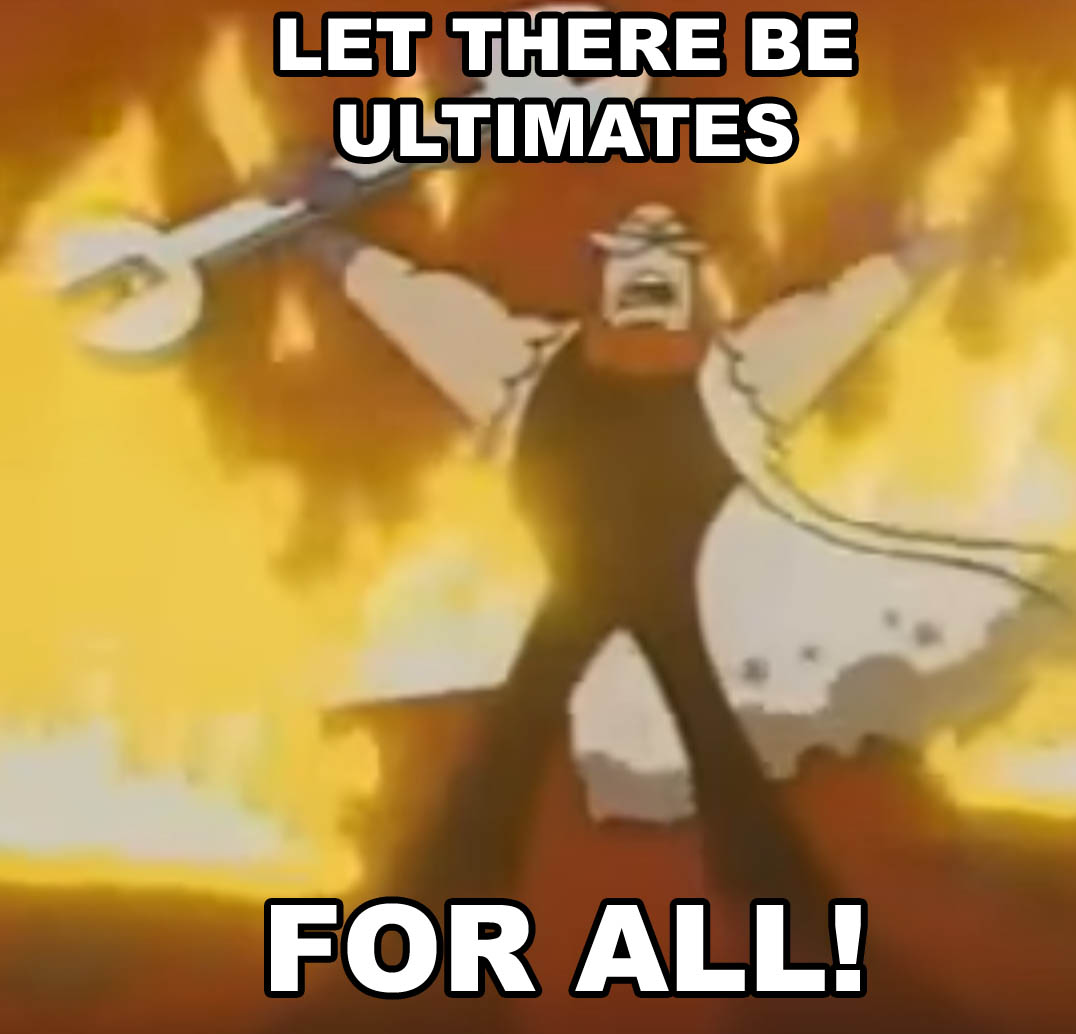 I am pretty sure development is totally packed up for KI2013. I am just surprised they cut it short, perhaps Ultimates are they only thing they cut short.

Yes, development for the game is done. This is what he mentioned by “the game being done.”

Though I wondor if it’s too late to add them.

Yes, it is too late to add them. The game is done.

There are missing Ultimates for characters. What happened there?

When I talked to Rukari (then-Community Manager) about it a few years ago, he said Ultimates were never something that were planned/budgeted for, and wound up happening basically as a result of the dev team just having an extra bit of money lying around after S3 was finished. As I understand it that was basically what got us the 3.5 remix chars+Eagle as well; team didn’t spend their full budget on the core season, so decided to add some nice extras with Ultimates and a few newish characters.

Yes, it is too late to add them. The game is done.