As we’re reaching the 14th anniversary of the attack on the World Trade Center, the Pentagon, and the field in Pennsylvania, we must honor those that had fallen on this dark day and remember the times when we all come together in this tragedy. That being said, where were you when the attacks took place.

Here is my story:

My brothers and I was walking home from school (I was in middle school and they were in high school), and when we got to home, that’s when we heard about the incident. We really didn’t know what to think of it, but once we saw the towers go down, we were dumbfounded. Ever since then, I was deathly afraid of planes and I never wanted to go on one…ever. However, when I was going to Job Corps in Memphis, Tennessee, (I graduated high school btw) and I learned that I had to fly over there, I was really scared because the 9/11 attacks were always on mind. Anyway, long story short, I was able to make it to Memphis with no problems, and since then, I got comfortable flying on planes, but I still had to watch my back because danger is always around, no matter where you are.

I was still in high school when that event happened

I was going to say that this thread came right out of nowhere…
Then I remembered that it’s tomorrow…
Such an atrocity, effectively beginning a war that would shake the entire world. Even though it was on American soil, people from several countries felt the sting of loss because of what evil was wrought that day…
Yet, I always seem to forget about it, even as it draws so near. Maybe since it didn’t effect me as much, I was so young when it happened.
We can only hope that no nation has to go through such a thing again.

Ironically I was in my history class when it happened…

I was a graduate student. My wife was working in Manhattan and at the Port Authority bus terminal when the first plane hit. She worked in Rockefeller plaza and they ended up closing the building and sending everyone home, but there was no transportation and the bridges and tunnels were closed to traffic. She ended up walking to Brooklyn to stay with a friend and I picked her up at the train station around 3am once the trains were running again.

I was in my Texas History class in 7th grade and we had the TV on that morning and saw it live.

Crazy its been that long now.

I was at work and somehow someone new about it and we turned on the TV in the office and watched. The owner said we could all go home if we felt the need to. Most did…i stayed and worked… on the way home everyone was getting gas and the lines at the stores were out in the street. People were starting to panic.
It was crazy

I like watching those documentaries on the (/11 conspiracies…makes you wonder how much of what we think we know is actually truth? Very interesting IMO

I was 7 when this happened. Had family up in NYC during that time. Thank goodness they weren’t around during the time.

I really bad feels who people dead in 9/11. I hate when someone jokes and mocking about 9/11, that’s mean they’re 100% idiot. And everyone think it’s bush’s fault but they’re wrong.

I know the feeling. Each time I look at each video about 9/11, I take one good look at the comments and just…ugh. They always put up conspiracy theories and what not, and to me, that is the biggest insult to those fallen on this dark day.

Anyway, something amazing happened on the eve of the anniversary: 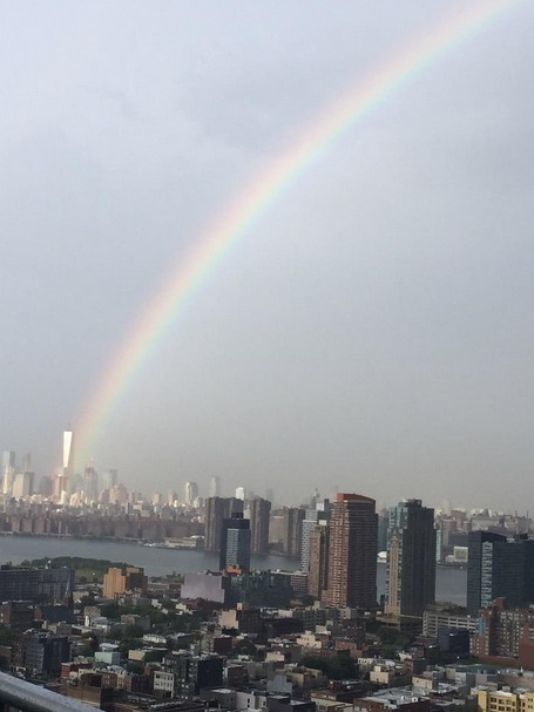 I was in elementary school, 6th grade I think. I remember sitting in my parents room watching the news with them. My dad thought it was a movie at first…

I got really scared because I have relatives in New-York, but they were relatively safe considering they live on Long Island.

Fresh outta high school, first semester at college. I was in a college algebra class and still kinda wasted from night before. I was busy flirting with my neighbor when the prof walked in looking very shocked like he saw a ghost. He told us class is cancelled, and that the twin towers were gone.

Everybody was lookin at each other puzzled and then came the questions. I just got up and left then drove home to find my cousin watchin the news. We just sat there in silence. Then we both expressed disbelief and we knew war was coming.

What a horrible day that changed our country.

Blame the white house. It was an inside job. War for oil. Policemen and firefighters killed and betrayed by their own government.

“War on terror” they say. They are the terror, arming extremists all around the globe.

I was 9 years old in my mom’s room watching TV, didn’t really understand what was happening at the time and I wouldn’t until quite some time later.

lol people here still believe the story the government gave you do you seriously not have a brain? maybe do some research first and you will find out the truth

Well, you just knocked yourself off my friends list…

Don’t let patriotism blind you, that’s what they want. Honoring the fallen starts by not believing the lies of their murderers.

It wasn’t a grand oil scheme, however it was the result of certain people not doing their job… That plan should’ve ended at go, but unfortunately it was still successful.

But I think we should move on.
As harsh as it may sound, this is the truth: a terrible thing had happened but terrible things have happen before. perhaps we should not obsess over what happened, rather we should do what’s in our power to ensure that history doesn’t repeat its self.

I was in 6th grade when it happed. man was it a terrible event. It was one of the worst tragedies the country has suffered. Even our allies were displeased with this.