Reaction is positive in the screenshot of shin hisako 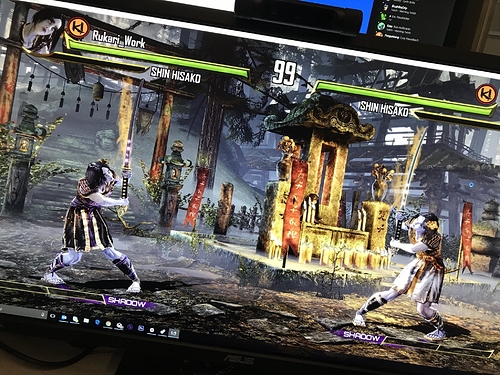 I give some explanation:
When I saw the photo I am say: horrible Position!

after I am say:
and if it is the sabre which manipulated Hisako. And maybe that the katana is drag about behind him hisako.
And to look on the sabre that is kanjis. maybe few that his a capacity which goes up on the sabre and when taken up at the most the sabre totally take up Hisako and there, IT RECOVERS, because his father is totally embodied in her!

Sorry my english is bad.

This are left to personal interpretation. She still having that zombie ghostly stance so i conclude the blade are using her body as a conductor. It may not be the real reason behind this character anyway. Why her lore might be so complicated? I guess the blade chose her for her past samurai skills. If the blade can do all of this it should ressurrect her father instead.