I’m hoping that on top of the main texture for Rash that we have atm, we also get that more detailed version that could be seen while the update was installing. I liked that duller green colour with it too.

what do you guys think about that different texture? 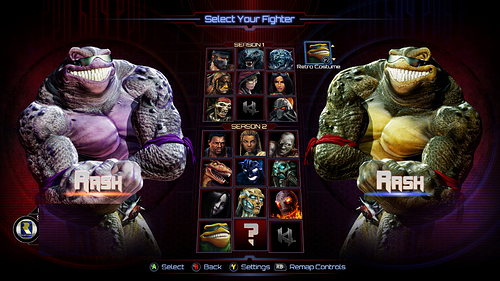 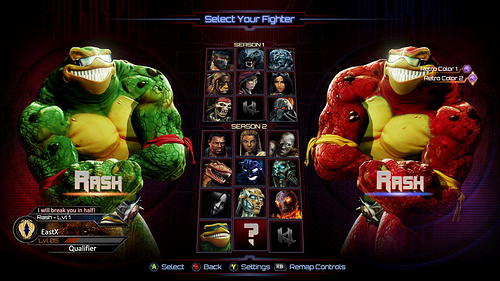 Actually the “more detailed” is his default. What we have in the beta is the “retro” costume.

I could dig it if it was the Default. It does make him fit in a lot more with the cast in terms of looks, but I do love that retro regardless!

When was that texture set visible?

It was visible to me as well, but only during a reinstallation of the game.

But if is the Retro Costume… and the Standard Costume its a More “Real” Version of him… What about his
personality? I mean… its weird a REAL Frog saying “Im Crashinig this party!” in the game

So what, you could actually choose it in-game while the update was installing? o.o

Yeah, when the update was first coming out, I reinstalled so I could get it faster and use the Install time to learn Rash in practice, and during the download the default ones were available to choose (they are only those two shown in picture I think)

I always wondered where those pictures of that skin set came from, thanks. Makes me want to reinstall the game for a chance to see them up close.

Here’s a vid if you wanna see:

Thanks, I love that purple one. Tis my favorite color.

He will look pretty sweet when he is finished. 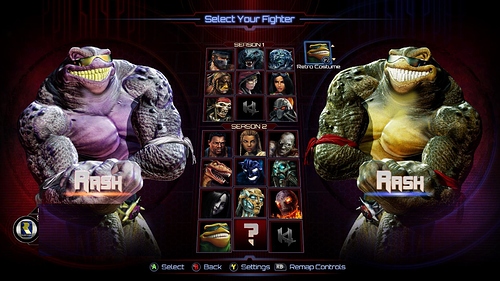