This is the Killer Instinct Random Character Tournament!! 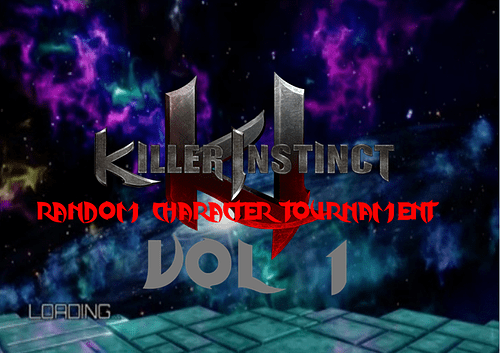 As of being my first KI Tournament (organized properly this time), The maximum cap for participant slots is 26, this tournament will start after the last character of Season 3 has been released. Finally making the game being 26 characters in total. Also, this tournament might go on a course of every 4 months or every year, so that the champion could try to defend their title. The characters will be randomly selected by the host (me) through random.org, and the participants will be notified which character they’ll use for the whole tournament by on Challonge via message or on this topic. I will also need your Gamertag for XBL.

Remember, this tournament is designed in a way of pressure and giving not-so-good players a chance against pro players, if you lose, you’ll have another chance, but if you lose again, you’ll be put in the Losers Bracket, and if you lose in that, there’s no coming back, and don’t quit the tournament if you got a character you didn’t want to use. All matches will be in Best Of 3 and will be played on-stream.

All players will recieve a character token, this is used to remember the character you have been assigned with and to make sure you don’t abandon them, these will have your allocated character, your Challonge Username, and your Xbox Gamertag.

This will be streamed on Twitch (If I can sort it out on my Xbox that is), but here’s the channel link: https://www.twitch.tv/ki_rndmcharactertour 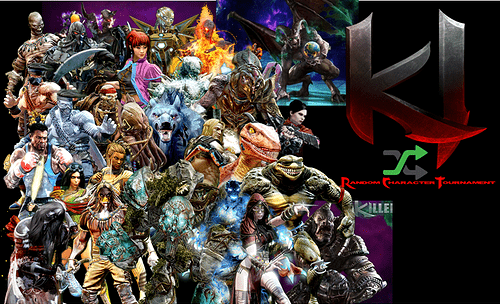 Have fun, and FIGHT ON!

Of course I am in. I main random select quite well. Working on some last characters

Yo I’m soooo down for this

Sounds interesting. I’ll give it a shot

Oh goodness yes, I am all over this

I’ve listed up the players so far, @hippie103 , @DulXboxOne and @Crainiak24 need to sign up for the brackets on Challonge (link to signup page is on the top post of this thread), if you already have please tell me. Character randomization for all players will begin once we have the full amount needed (26 players, 9 in tournament so far).

In addition, I just wanted to say that you may train before your matches even when the tournament is active. 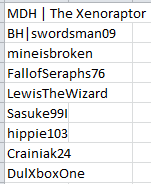 all signed up, and ready to rumble. I also have a question; Is every match random select or do we randomly get assigned a character for the entire tournament?

I’ve bookmarked the thread awaiting a date/time. This sounds fun

It’s for the entire tournament. Once we’ve got 26 players, the character randomization will start, i will notify everyone on here on which character they’ve got. You’ll use that character for the whole tournament.

OK, I’ve got a good feeling about this

I hope you do, because nobody, probably even you, doesn’t want a character that they’re terrible at using.

9 people so far have signed up. @Marbledecker is looking for the date and time, is it possible all of you could share this to your friends who also play KI? And see if they’re interested?

If you’re gonna need the link to THIS thread for your friends to see, then here it is: Random Character Tournament Vol.1 (CONCLUDED)

The player list is updated. Make sure to share this with your friends (that’s if they play KI). 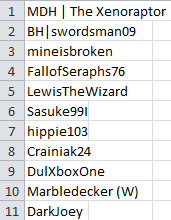 –No changing characters, you’ll have a character randomly chosen for you, and you’ll only be able to use that character throughout the entire event.
–Always be on time, It wouldn’t be cool if someone to delay the scheduled match bracket, it would make the audience bored, me (the host/commentator) a bit bored and your opponent too. Unless it’s something REALLY important then, we’ll have to respect the player.
–No trash talking/spamming your opponent before your match. You never know you could lose, and if anyone is being a complete d head to you boasting about them winning the whole tournament or saying that you’ll lose easily, please report it to me, and they’ll be on a warning, or disqualification will start happening. During a match, anything like teabagging and taunting is allowed since in this tournament is classed as comedy.

Now the characters don’t really need to be said but this is also a rule, so here goes.

Obviously this is the RANDOM character tournament, so you’ll get a character through a random generator, I will notify everyone on what character they get, but if you get a character you truly hate, and you don’t want the character and you’ll quit it because of him/her/it, then you only have one option, trade characters with another player, that’s if they agree, but this must happen BEFORE the tournament, meaning that anyone who decides to trade with another player DURING the tournament will not go on, and also don’t come to me angrily asking for a re-randomization, because it won’t happen.

I am open to as many questions you like, if you have any problems or wonders about this tournament, please notify me through this thread. Any questions that are irrelevant will not be answered.

That’s all for today guys, I hope your day is going great, I’ll still be online for a bit longer, thanks guys for your time reading this.

I don’t think I signed up for this because I’m not good enough to keep up with some of these other guys, but if I’m on the list I’ll give it my best shot! It sounds like a lot of fun