Well Kudos to the guys at Remedy for this, they know the Xbox One sales have been a very poor and Windows 10 Gaming has also been nothing but problems for them and just about everybody else on this planet who simply DO NOT want the PC to be a console. This isn’t microsoft’s first failed attempt at PC Gaming either.

This game was first announced as Xbox One exclusive by Microsoft then somehow it came to Windows store for Windows 10 exclusive then somehow out of the blue it comes to Steam.

Why? because Windows 10 Gaming has largely been nothing more than GFWL 2.0 which is what people had battled for years to get rid off. For those who don’t know, GFWL was Microsoft’s answer to Steam back in the days nobody wanted it, developers and consumers quickly abandoned using it because it was Anti PC friendly. And Windows 10 continues the very same trend of Anti PC treatment with its failure of SLI Support, Failure to support infact the purposeful blocking of Nvidia Shadowplay and many other issues no true full screen mode I could go on and on and on no Modding? Its no wonder Quantum break an xbox exclusive game is now on Steam.

Now I am actually going to buy Quantum Break and if the past 8 years of steam is anything to go by Quantum break will be selling for $20 soon on Steam.

Moved as it is not KI related

they know the Xbox One sales have been a very poor

Actually, Xbox had the highest consoles sales for the month of July, so…

Still, I do prefer Steam over Win10’s weird structure, which is most definitely GFWL 2.0.

kindly show me the total xbox one sales vs total PS4 sales.

Microsoft can’t fool me I am starter than that.

Microsoft can’t fool me I am starter than that.

You most certainly are.

^ Yup because common sense goes a long way in life. There is a reason Sony brags about their PS4 sales and Microsoft has never once even mentioned their sales.

And funny how Microsoft was so willing to brag about their 360 sales back when it was actually doing good.

News flash, companies brag when they win something. More on this, tonight at 10:00.

This game was suppose to be exclusive. I feel like I was lied to.

It isnt its on pc and xbox.

Quantum Break was one of the so called XBOX Exclusives. To compete with Sony’s huge exclusive library, God of War, Uncharted etc.

Then Remedy realized how bad the sales were on Windows 10 and Xbox One.

You cannot force the consumer to use your service you will ALWAYS be met with backlash. What Microsoft should have done was give incentives to use Xbox such as removing the yearly fee to use Xbox Live Gold would have been a start. Who even pays to play a game online? thats just absurd.

They could have also gone for more first party exclusives, Xbox has fallen behind badly for some time now. There were other ways to get people onboard instead microsoft choose to force people to use their service rather than improving their service so that consumers would actually want to use their products and service.

Quantum Break is an amazing game. Glad you can play it! You will have tons of fun.

Not my cup of tea. Looks cool but just doesn’t look like something I can get into.

So this news is irrelevant to me.

How about some lemonade? Tea is ok, but it depends on the brew. I prefer Green tea, but my favorite is cold Green tea, specifically Lipton Diet Green Tea.

(You should play it anyways lol)

That’s odd, according to Remedy themselves they’re still working on the Windows 10 version of the game. 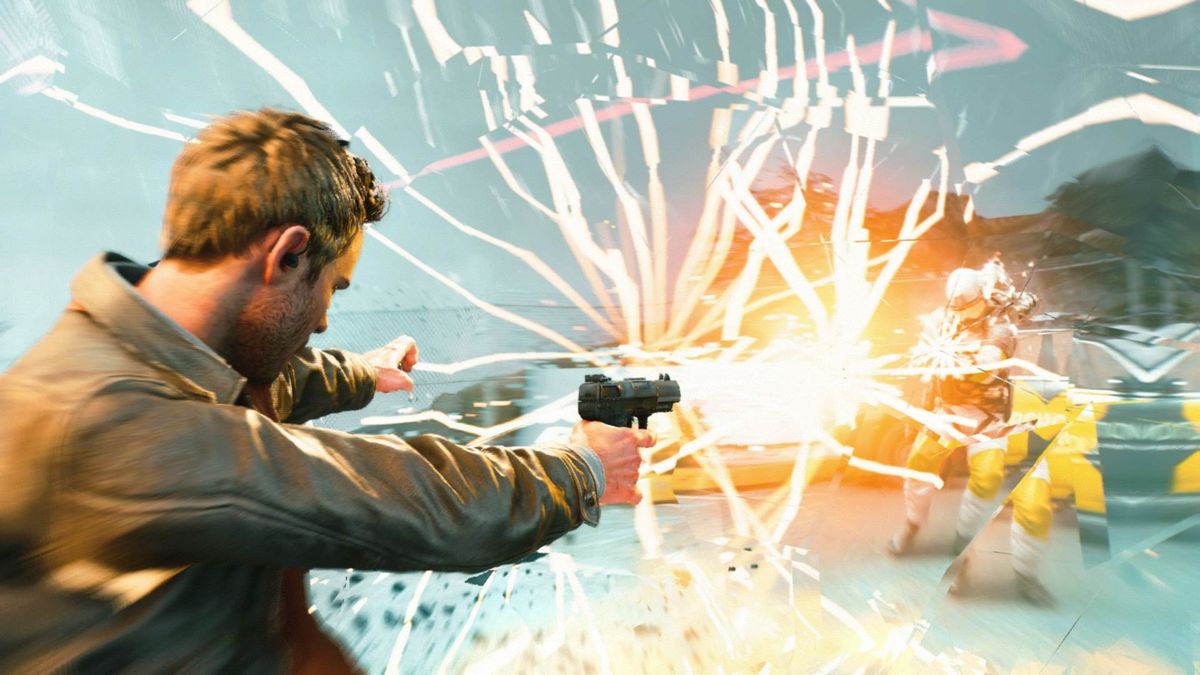 Remedy says Quantum Break on Windows 10 has not been abandoned

A Steam version of Quantum Break was announced on Wednesday.

“Updates made to QB on Steam will also be released for the Win10 version and vice versa. That should be a given,” Puha wrote. "Apologies for the confusion caused. We are not leaving one version behind for another. Parity is important. Again, I’d think that’s a given. We’ll talk more details later down the line.”

There is a discussion about this on Steam.

Someone had provided some Data on what sales have been like for Xbox One exclusive games. Basically its a complete nightmare for any developer, for example Tomb Raider that was released on both Windows 10 store and Steam.

2% of its sales were on Windows 10 store

Pretty much everysale was on Steam