PSA: The Aria voice pack is amazing (and thoughts on monetisation)

I remember being a bit underwhelmed when i first heard Aria’s announcer but i fancied a change the other day so i turned it on. Someone must have tinkered with it cause it’s really cool now, especially her distorted and broken down Ultra shout. Give it a whirl sometime!

On the topic of announcer packs, perhaps this is something that could be explored with regards to more monetisation options. Other than KI a game i play a lot of is Smite. That game has a metric crap-ton of DLC type stuff that you can buy, skins, voice packs, music packs, you name it. A lot of it is really nice stuff, although they do take the piss a bit when it comes to how much cosmetic stuff they pump out, i was thinking it would be cool if KI sold more stuff that you could buy with KI gold or whatever. You could have announcer packs for the cast of characters, music theme DLC (i don’t know about anyone else but after hearing Mira’s theme i would kill/pay to hear Tom/Klayton do a remix of Sabrewulf’s KI1 theme), more costumes etc. Dare i say stage DLC would be something that would make a lot of people happy. I’m sure there are plenty of people who would happily spend more money on KI if you could buy more game content. Iron Galaxy may have their hands full as it is with Season 3 but maybe stuff like that could be outsourced? Anyway just my thoughts on the topic…

I would absolutely love some announcer packs and other in-game goodies.

If we had KI voice packs for announcers that would give us incentive to actually use our gold and maybe even get more assuming on what else comes.

Just the thought of getting more variety in announcers like Three-Dog from Fallout, Shao Kahn from Mortal Kombat, or even Marcus Fenix from Gears of War. Just a pool of characters to add more flavor to KI would be amazing.

Also character intro and outro animations and quotes would be great, i’m sure a lot of people would but them for their favourite characters. The current ones are getting a bit tiresome after hearing them thousands of times.

Orchid’s been stepping closer to flushing out Ultra-Tech for a while now. 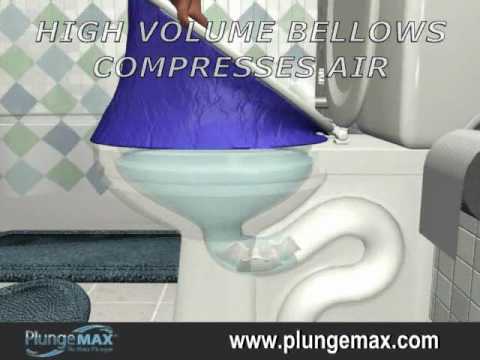 “You’re not worthy prey” then who is maya.

Very low-hanging fruit. Relatively easy and cheap to implement (compared to other types of content), and huge potential for fan favorites or legacy FG voices to make an appearance. Lots and lots of people would buy it, and you could put some of the proceeds of sales back into development. Whenever there is a game where the announcer plays a huge role in the tone/atmosphere of the game, there is huge potential for fun DLC at relatively little cost. KI is the fighting game where this is exemplified the MOST, so It seems like a super no brainer to me.

If I was deciding the budget for this game, this would get a pretty high priority (just like the DLC trains for every other F2P game). You get tons of money back very quickly while pleasing the fans with super fun extras. If you released legacy FG announcer packs I would buy all of them.

I dunno how many of these types of threads have to come up before they consider it. I understand they’re busy with lots of other things, but it’s been 2.5 years since the game came out.

I’d love a Kenshiro voice pack, but it will never happen ever

The Japanese reaction when they scream C-C-Combo Breakaaaa! in some of the Japanese streams is priceless. I would love such “Japanese Announcer” pack, lol

The guy who does Kan-Ra’s voice acting could probably do a very sinister sounding voice pack. While i don’t want to KI to turn into DOA5 in terms of the ridiculous amount of costume DLC, i feel like KI is on the other extreme of not perhaps making the most out of a fanbase willing to buy into it. I mean, i’ve spent money on KI 4 times now, the ultra edition of season’s 1/2/3 and the Shago fund. Considering how much i’ve played the game i wouldn’t hesitate to spend more money, and i have all that KI gold sitting around from pre-ordering season 3. I’m not gonna spend it on stuff i will unlock eventually anyway, that seems a waste, and i don’t tend to play CPU based game modes so i’m not that fussed about the Shadow Lords mode unless it does something very fun or unique.

I would definitely buy a macho man announcer

I would make a Macho Man voice pack myself if I knew how.