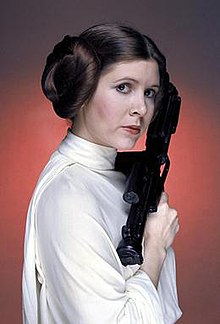 This is terrble news R.I.P Carrie
2016 has killed off so many stars

Maybe written off like Heath Ledgers Joker or worst case scenario they pull a Fast and Furious.

Hmmmmmmmmm…so…does this mean she dies in rogue one then? Or if not then I wonder who would replace her.

CGI will replace her…

She’d finished filming for ep8. This year alone has been awful for deaths. So many UK celebs have passed amongst others. I think we should fore go the rest of the year and start 2017 tomorrow before it strikes again.

When I saw the news… my heart fell. I literally hurt. This is so sad. I’ve been following her on Twitter for years and she was so funny.

This year alone has been awful for deaths.

There are still 4 days left! Everything can happen!

Rogue One takes place before A New Hope.

I’ve been staring at her last emoji tweet. Just six days ago. She took a picture of herself standing in front of the airport.

Will somebody invent time travel already!

Rest in Peace, Princess. The galaxy has lost one of its brightest stars…

Heard about her heart attack a few days ago, and was subsequently told in an update (by IGN, I think) that she was in the ICU - sorry to hear that she didn’t make it. I too wonder about Ep. IX, and am more than willing to move beyond 2016.

I normally detest all Rebel scum…

But today, we’re all Rebels…