Edit:
for the sake of limited brain process to the idea of ‘shadow orchid’ as the name, consider the trope slot we have for psychic/ witch. Beyond this pony, if you can’t comprehend it, I don’t know any other way to explain it. This is for the contemplative people.

This is not a thread for random posters to post ’ I don’t want / like Shorchid/ bummed she made the top of the character request list. Those posters can continue that in the survey results thread.

This is solely for the celebration of Shadow Orchid winning the top slot in the survey and, if IG/MS @BlitzedKraig @TheKeits @TempusChaoti @rukizzel decide to create her, how is fans think she may benefit from design elements / moveset accessories.

Have fun and lets go!

My first idea is that Shadow Orchid gets the saber style that the OG Orchid possessed, how they were like Nightwing Rave sticks and only extended their glowing sabers WHEN SHE EXECUTED A SPECIAL.

her ichi ni san forced the character back and the sabers extended like long glowing swords and when she flick flack only her leg structures glowed. Her finishing move of the spinning flurry extended the glow sabers as she did the launching spin. Something like that! I love how as she was neutral you only saw the short version of the sabers. A crouching FP would extend the saber like like sky walker

What do the other fans think? 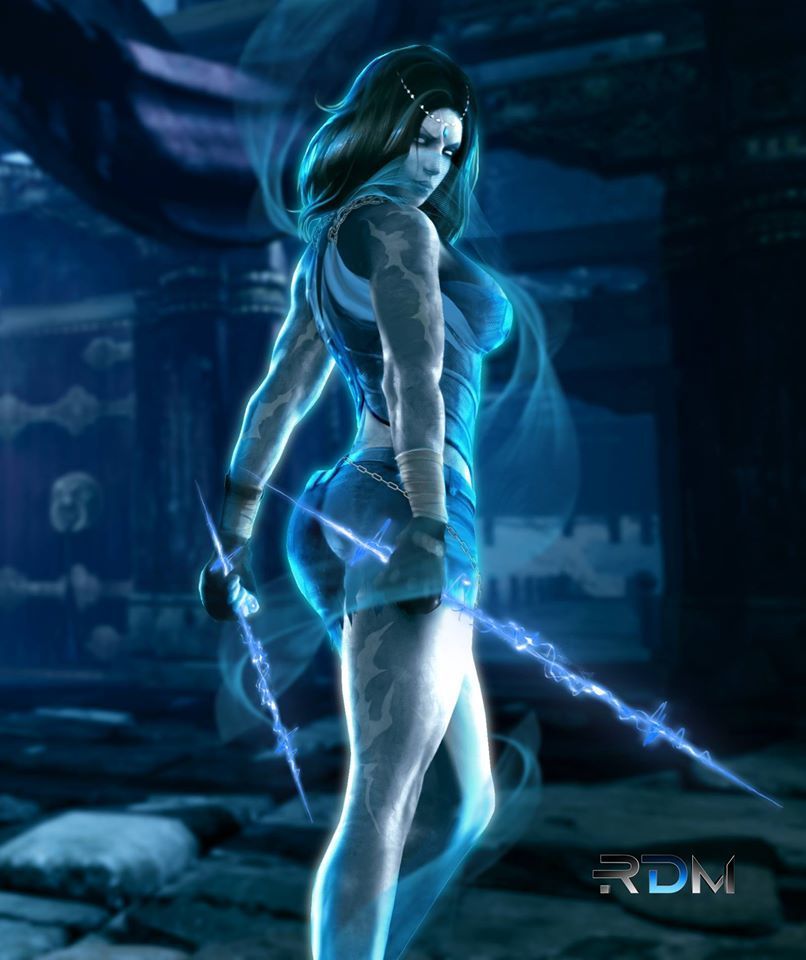 This, also, its a sexy confident look, instead of a sexy ■■■■■■ look, which should please both sides of that arguement

They should take the opportunity to fix the hair for Orchid aswell if they do create a Shadow Orchid, If Scorchid will get the same horrible hair Orchid has, I’m quitting KI…ok, maybe not

But I will shed a tear

Imagine that, Shadow Orchid, the new leader of Ultratech being the boss of season 4. Alongside her trusty ace in the hole, Eagle. Joanna Dark rises up to take down Orchid in one epic battle of the spies. 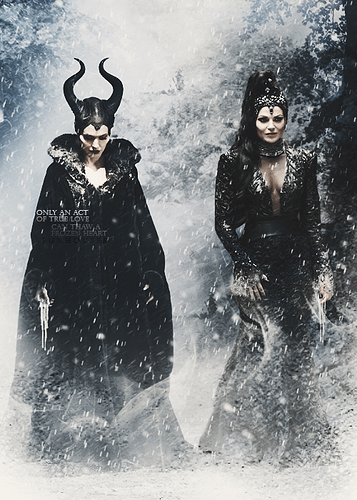 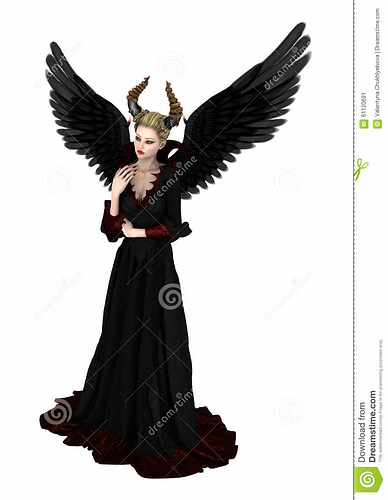 Sorry Bb… I have to do this…

It’s ok I expected someone to do it anyway. I didn’t expect you to, though…
I’d hoped someone would see the bigger picture of what this character is. Not orchid.
Yet she still won

I can see that happening.

Anyway glad she was in the survey

I will prefice my post with this:
I’m not particularly excited by the idea of Shorchid, but since there’s a good chance she may become a reality, I might as well contribute to the conversation in a positive way.
Much like I did in my Eagle ideas thread, I’ll be focusing entirely on gameplay ideas rather than appearance or lore.

So, suppose Shorchid (or Nightshade or whatever they wind up calling her) actually becomes a thing. Not my optimal Season 4, but I can deal. So, how’s she actually going to play?

If Shadow Jago (and her status as a “reimagined character”) is any evidence, then it she’ll follow a “Like Orchid, but…” design philosophy. Shago is a nuttier, riskier version of the fundamental, balanced Jago. Orchid is a much more rushdown focused character, but she leans a little more towards Jago’s style than Sabrewulf or Riptor. Lots of safe stuff and plus frames, a full screen “COME HERE” sort of move, and a DP help round out her gameplan. So Shadow Orchid should keep some of her elements, but tiwst them into moves with vastly different utility, and maybe more of a focus on aggression.
Perhaps a character that excels in cross-ups, but unlike Shago or Sadira stays grounded while doing so. Furthermore, giving her a ton of low threats to make up for a reduced high low game. Shorchid would excel in “playing dirty”, always hitting below the belt, or getting ready to stab you in the back.

So we’ll start with some of her reimagined moves:

**“Panther”/Shadow Cat:**One of Orchid’s classic moves is the Firecat, which lives on in her Shadow moves. Well, we can make further use out of it in the shadow version, thanks to all that Shadow Energy. My primary idea for this move is to change it to act more like Surge Slide on Shago. So the Shadow version (and probably linker version, at the very least) acts as a teleport, sending her behind the opponent to cross them up before executing the move. This would be a cool hybridization of Shadow Plasmaport and Firecat.
If it maintains a basic slide version, perhaps making it a mid (because you’re a cat rather than a sliding…slider) but giving it extra frame advantage could help further differentiate it.

Each Knee Gone: A parody of Ihci Nii San. First two hits are faster, with the last one having a bit more delay. Light version still hits low, but Medium now acts as a teleporting cross up, sending Orchid behind the opponent. Heavy now acts as a launcher (possibly still unblockable if charged) which leads to more shenanigans.

Landmine/Airstrike: I’ve got a few ideas for how to modify her grenade into less of a standard pressure utility and more of a nutty bit of madness. The first is to replace it with an overhead airstrike, where Shorchid makes a mark on the opponent that is represented by a laser from on high. After a short period of time, a shell will strike the location. If hit, it sends the opponent flying into a juggle state. This would be her only non-jumping overhead.
The second idea is to use spider mines. Shadow Orchid could plant an explosive that gets…impatient. Eventually, if the opponent doesn’t trigger it right away, it will scurry over to blow up and launch them on hit. This would be yet another low.

Slam Jam: Her throw would be as normal, but could lead to a ground bounce, allowing for either extra knockdown time or a few juggles. That, or it could have a longer animation, where she snaps their necks or something, leading to more damaging throws by themselves.

These are a few of the ideas I’ve had so far.
I’ve also considered that her combo trait would be a shift from her Double Linker trait. Instead, it’d be a Double-Double: The ability to do any two auto doubles in a row. She may need the “only three AD’s” treatment for this to be fair, but we’ll wait and see.

Right? After the epic return of Eyedol which paved way to the showdown between him and Gargos, I wouldn’t be surprised if this became a thing. That way we will have come full circle since season 1 where our first protagonist was the final boss (Shadow Jago) and originally Orchid shared the role as protagonist alongside him in the original games.

If they play up the angle that she is like Shago, then I really feel she should be blue aswell (continuity…), however I dont mind if they go with some other kind of ‘shadow/dark’ version, in that case, I’d love to see a kind of dark queen version (like your pictures), to contrast the corrupted Shago.

If we were to get shorchid then I think unlike shago she should be completely different in terms of looks instead of blue orchid. I would like to see a great focus on her firecat being corrupted and changed to be a shadow car(panther as someone amazingly called it)

for example every special changed to either turn her into a panther or a full on werecat. The new shadow cat would be made of shadow and darkness and her playstye like shago should involve misdirection via shadow cat teleport like what was also mentioned. She should also be able to cut a hole in space with her claws and jump inside (similar to gargos but not as…seamless or easily and precise as gargos. It should takes more effort) reappearing around the stage either to attack or reposition. Whether this is in instinct or not idk. The shadow version of this could be a multi hitting version where she jumps through multiple portals hitting you as she passes through you.

I don’t know what she could look like, probably a more feral, wicked look to contrast orchids more calm style. Also she could wear the crow fearther shirt/cape from bloodborne too. That would be sick!

Wouldn’t mind something mixed between this for Shadow Orchid. 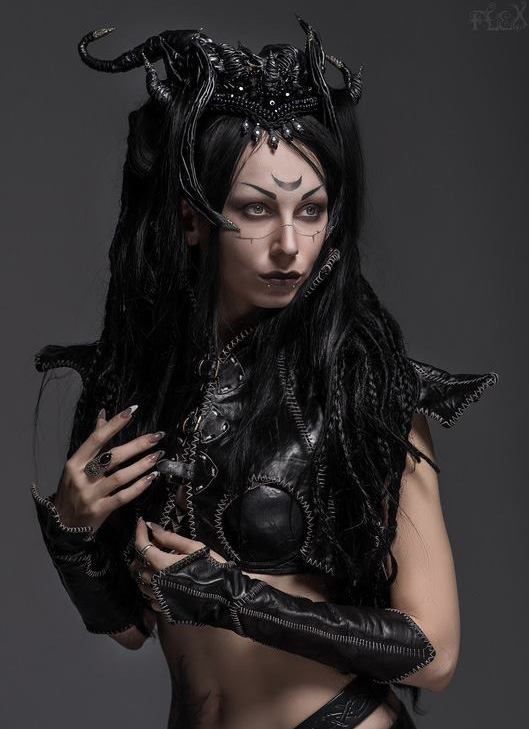 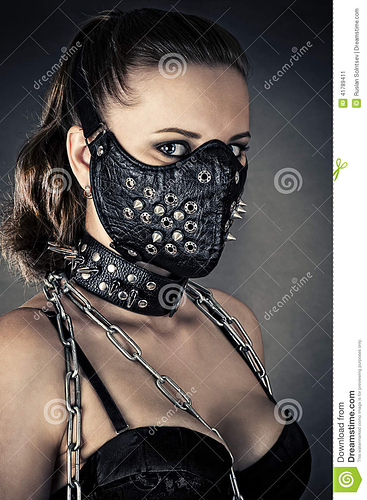 IG is not allowed to take unsolicited ideas from fans. I don’t mean to put a damper on your ideas, just letting you know so you don’t get your hopes up.

That’s what I thought

Does this mean she’s gona make growling noises (that sound like burping noises) in her outro like shago? Because that’s already grating on my ears already.

Hopefully she wouldn’t say anything.

if they modify her theme, it would be a little something like this with the ultra combos

When you look at shadow jago vs jago, a lot of their design elements are in opposition to one another. Jago has a strong safe approach and can stay plus easily, while shago’s specials are unsafe and he lacks good ways to establish frame advantage. Jago has straightforward mixups and good damage, shago is all over the place but does crap damage. Jago’s instinct can lead to big unbreakable healing, shago’s can lead to big unbreakable damage. I vote she be called nightshade though because it conveys pretty much the same meaning as shadow orchid without having two characters that are called “shadow _______.”

So, what are some things about orchid that could be reversed for a shadow character?

If you were to try to flip that I think you’d end up with a character a bit like gargos–slow walking, low damage, poor midrange options, but has good stuff both far away and up close, with mixups that are difficult to react to. Considering she’s named after a plant you could combine orchid with the ent aganos character–a plant-based zoner/rushdown hybrid. Every season’s had at least one so I don’t see why season 4 should have to buck the trend.

Going back to the shadow jago vs jago comparison, they do have some things in common–both have a fireball and DP, for instance, and they both have double fireballs of some kind as well as sharing a trait for their instinct. I think the delayed projectile aspect could be something orchid and nightshade share, but expanded for the latter. See how this fits thematically: she plants seeds in the ground that grow, and later come out as plants for an attack, with much more delay than orchid’s grenade. Maybe give her several she can use for different purposes, and possibly a way to speed up their growth. Make it a commitment though; once she’s planted one type of plant, she can’t adjust its placement or place a new one until the one she’s used is finished doing its thing. If you wanted to really limit their use you could make it so they don’t grow if she’s being hit, meaning getting tagged while they’re all placed could end up really bad for her.

She would probably end up annoying a lot of players…just like shadow jago.